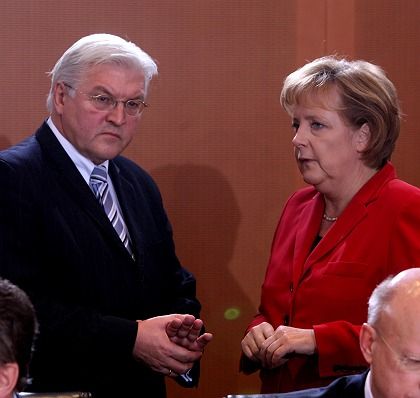 The cabinet of German Chancellor Angela Merkel approved a package of emissions reduction policies representing a 2008 commitment of €3.3 billion ($4.8 billion) on Wednesday. Cabinet members say it is among the most ambitious national initiatives of its kind in the world.

"The government is taking a big step forward to achieve its climate protection goals," government spokesman Ulrich Wilhelm said, according to the Associated Press. "Germany will maintain its leadership role."

The plan breaks down into 14 new laws and regulations, each designed to encourage businesses to conserve energy or expand Germany's production of renewable energy.

An overarching goal is to cut greenhouse gas emissions in Germany by 40 percent by 2020. By doing so, Germany would do its part to help the European Union meet an EU-wide commitment to cut emissions by 20 percent by that same date.

Berlin is also setting aside up to €500 million ($736 million) in subsidies to encourage home- and building-owners to install efficient heating systems.

"We are putting a major monetary investment into action," said Michael Müller, state secretary in the German Environment Ministry.

Approval of the plan coincides with the ongoing UN Climate Change Conference in Bali, Indonesia. Diplomats from nearly 180 countries are currently meeting on the Indonesian island to begin drafting an international climate change treaty that will succeed the Kyoto Protocol. European leaders including German Chancellor Angela Merkel have called upon rich nations to make a major investment in combating climate change and strict commitments to emissions reduction.

The German government will make more specific decisions regarding implementation and enforcement of the new ordinances in May 2008. The plan must still be approved by the German parliament. But Merkel heads up a coalition pairing the country's two largest parties, making eventual passage little more than a formality.