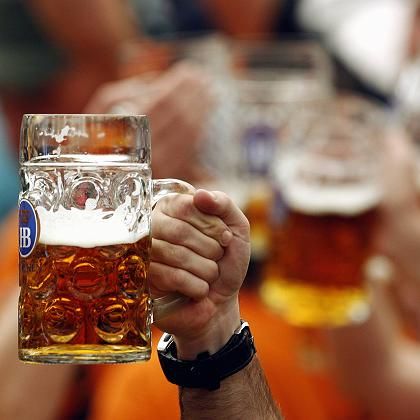 The German Reinheitsgebot, or beer purity law, celebrates its 492nd birthday on April 23.

Brewski. Suds. Cold one. Pint. Cerveza. Call it what you will, beer may be the world's most traditional beverage. First brewed in ancient Egypt and Mesopotamia over 8,000 years ago, it rates a mention in the epic of Gilgamesh, and its earliest chemical traces -- from 3500 BC -- have been found in the Godin Tepe in the Zagros mountains, in present-day Iran. Beer is a model internationalist.

On Wednesday, Germans mark their own contribution to the history of beer, the Reinheitsgebot, or purity law, which strictly regulated the price and ingredients of beer at the start of the 16th century.

It's an excuse for parties and brewery tours across Germany. The state of Bavaria has declared a whole "Beer Week," to let tourists and residents sample beer from some of the state's 40 breweries and 4,000 brands. Bavarians tend to be the most proud of the Reinheitsgebot. Most of their breweries adhere to it -- and they came up with it the law the first place.

Brew It (Well) or Lose It

Brought forth by Duke Wilhelm IV in the Bavarian city of Ingolstadt in 1516, the law stated: "In all cities, markets, and in the country, the only ingredients used for the brewing of beer must be Barley, Hops and Water. Whosoever knowingly disregards or transgresses upon this ordinance, shall be punished by the Court authorities' confiscating such barrels of beer, without fail."

The Bavarian law became the basis for legislation that spread throughout Germany for the production of beer for 471 years, making it the oldest food-quality regulation in history. Bavaria insisted on national acceptance of the Reinheitsgebot as a precondition for German unification under Otto von Bismarck in 1871. This spelled the extinction of northern German spiced and cherry beers, but it marked the emergence of a nationwide standard for beer.

A European court of justice repealed the Reinheitsgebot in May 1987. The repeal allowed other ingredients to be added: Whatever was allowed in other foods, the court said, must also be allowed in beer. But six years later a new law, the Provisional German Beer Law (the Biergesetz) -- a sort of a Reinheitsgebot Light -- attempted to maintain the high German standards for brewing while permitting certain ingredients. Beer made in any other way, in Germany, could not properly be called beer.

Still, there's pride in tradition. The vast majority of German breweries -- there are around 1,300 of them -- say they adhere to the original Reinheitsgebot. This is helps with marketing, but it tends to be not quite true: Breweries now use yeast, an ingredient not found in beer production prior to Louis Pasteur's 19th century discovery of the function of microorganisms in the process of fermentation.