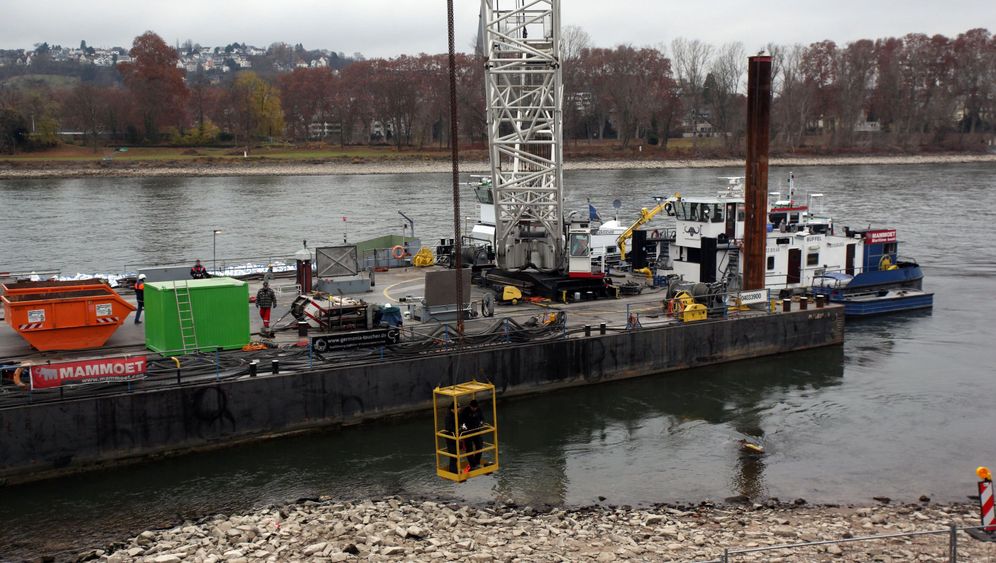 Unexploded ordnance from World War II frequently turns up in German communities, and sometimes authorities are forced to evacuate small areas to dispose of the dangerous explosives. But a large bomb that recently surfaced in the Rhine River has sparked security measures of historic proportions in the central German city of Koblenz.

Three meters (10 feet) long and weighing 1.8 tons, the aerial bomb was recently spotted after a particularly dry November lowered water levels along the busy river. Now preparations are underway for a massive evacuation set for Sunday.

Some 45,000 residents -- nearly half of the city's total population of 106,000 -- will be forced to leave the area. That includes two hospitals, seven retirement homes and the jail. To aid in the operation, the city has organized some 900 people and 350 vehicles to ferry residents to safety.

Authorities are building a temporary dam of some 350 sandbags around the bomb, currently covered by about 40 centimeters (16 inches) of water. A crane commissioned to build the dam was put in place on Tuesday, fire department spokesman Manfred Morschhäuser told the German news agency DAPD. The area will then be pumped free of water so the bomb can be defused.

In the meantime, the fire department has established a telephone hotline. "Several hundred callers are getting in touch each day with their questions and problems," Morschhäuser said.

Each household included in the evacuation will be notified via flier, he said. "And on Sunday we'll go ringing from house to house," he added. Emergency workers need a 1.8-kilometer (1.1-mile) radius buffer zone to ensure safety.

Further bomb discoveries along the riverbed are expected to continue due to the low water levels, authorities said.