For a party that is trailing as badly in opinion polls as Germany's opposition center-left Social Democrats, it's a seriously bad idea to keep promising tax increases, even if they would only target high-earners. Just four weeks before the September 22 general election, the SPD has finally realized that.

The party is a full 16 points behind the Chancellor Angela Merkel's conservative Christian Democratic Union (CDU) in the latest poll by Emnid released on Sunday, and there's no hint of improvement.

That could explain why SPD leader Sigmar Gabriel is quietly distancing himself from his party's pledges to hike the top rate of income tax to 49 percent from 42 percent and reintroduce a wealth tax.

The moves, written into the election manifesto at the insistence of the SPD's left wing, would boost tax revenues by an estimated €30 billion ($40 billion).

"Combating tax fraud and tax dumping is a better way to reduce debt and increase investment in Germany than tax increases," said Gabriel, according to SPIEGEL. "We can reduce taxes in Germany again if we can finally succeed in effectively fighting tax fraud effectively."

Gabriel, it seems, wants to increase tax revenues through a pan-European harmonization of corporate taxes. "Every tradesman and small business owner today pays higher tax rates in Germany than big companies like Google that can find themselves a tax haven in Ireland or the Netherlands even though they earn their money in Germany," said Gabriel.

No More Bailouts without Tax Harmonization

European countries are losing up to a trillion euros in tax revenues in this way, Gabriel added.

He said an SPD-led government would stop cooperating in euro crisis bailout operations unless its proposed tax measures were introduced throughout Europe. "Germany can't continue agreeing to European bailouts if we at the same time lose €160 billion per year at the national, regional and municipal level through tax fraud and tax dumping," said Gabriel.

The SPD's chancellor candidate, Peer Steinbrück, has also recently hinted that he would be prepared to forego tax increases if certain conditions were met.

It remains to be seen whether abandoning tax hikes will help improve the party's poll ratings, though. After all, one of the SPD's main problems in the campaign -- apart from Steinbrück's string of verbal gaffes -- is its lack of real policy differences from Merkel's CDU.

If the SPD removes one of the few policy areas where it really distinguishes itself from the CDU, and alienates left-wing voters in the process, it might not be doing itself any favors. 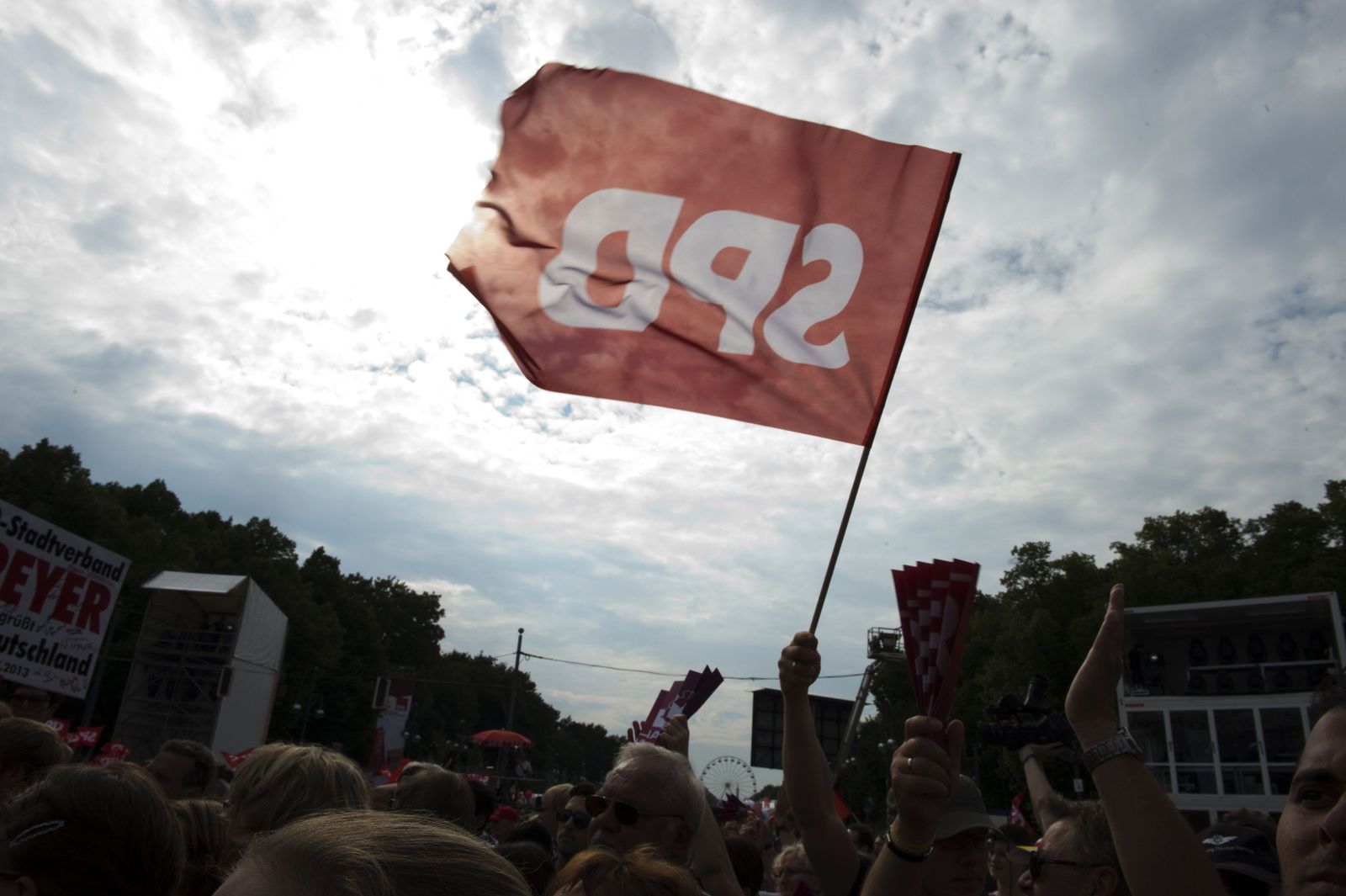 One of the SPD's dwindling supporters waves a party flag earlier this month at a rally in Berlin.