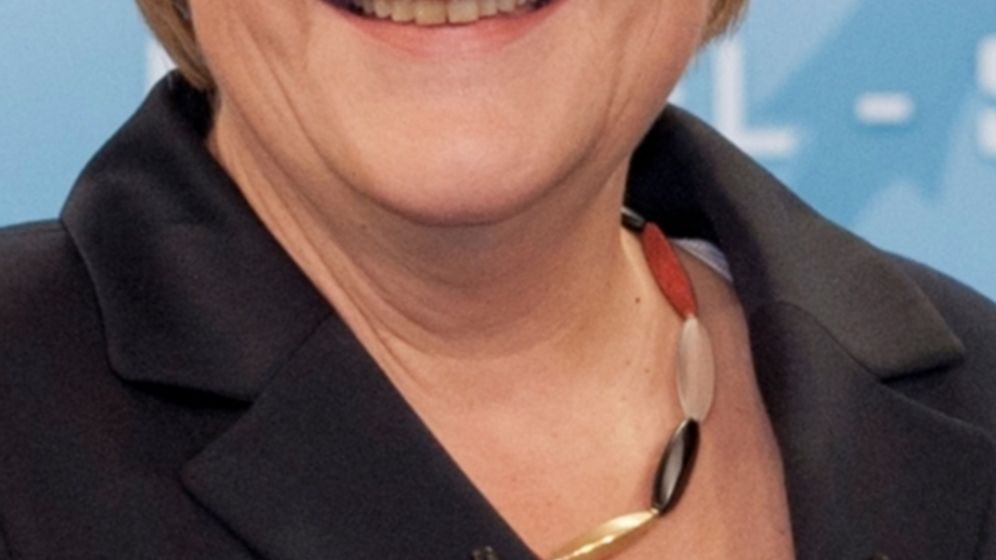 Sunday night's debate between conservative Chancellor Angela Merkel and her center-left rival Peer Steinbrück was a tedious affair, and many viewers expressed their boredom online. With three weeks to go before Germany goes to the polls, neither candidate really sparkled. Instead, the star of the show turned out to be the necklace Merkel chose for the occasion, which featured beads in the colors of the German flag.

Rather than paying attention to the debate, many Twitter users found themselves commenting on Merkel's patriotic accessory.

"Hopefully I won't miss anything, because I'm #fascinated by this black-red-gold necklace … ," tweeted Green Party official Steffi Lemke. But Lemke had failed to recognize that the order of the colors was actually black-gold-red -- the order of the colors in Belgium's flag, not Germany's. And that fact sparked a whole other series of comments online.

"Merkel is lulling us in this way so that we don't notice that the necklace doesn't even reflect Germany's colors when it's on backwards," wrote social researcher and blogger Yasmina Banaszczuk.

Well before the 90-minute debate was over, someone created a mock Twitter account for the necklace itself: @schlandkette (German slang for "Germany necklace") which had more than 6,000 followers by Monday morning.

"Do you all want me hanging around your necks for another four years? Believe me, as a necklace I know what I'm talking about," read one tweet. "Now she'll never wear me again. :'( ," said another.

Following the debate, a number of German publications commented on the necklace's popularity, with most lamenting the fact that something as insignificant as an accessory would fuel national conversation.

It was a "reflection of a campaign that has so far been largely devoid of substance," wrote Bela Anda, the deputy editor in chief of the mass-circulation daily Bild.

But the colorful necklace in an otherwise colorless debate even attracted attention abroad.

Britain's Guardian newspaper said it had "won the social media vote," while the Financial Times said the fake Twitter account that had followed was inevitable.

Although this is the first time it has garnered so much attention, it was not the first time Merkel has been seen wearing it in public (see photo gallery). But as the necklace's new Twitter account suggested, it may be the last.