A city in Germany removed a campaign poster of the far-right National Democratic Party of Germany (NPD) because it found it discriminating. The party, described by security authorities as anti-Semitic, racist and xenophobic, sought a legal injunction against the decision and won.

The poster says: "Money for Granny, Not for Sinti and Roma." It rhymes in German. The poster features a photo of an elderly German lady looking forlorn and helpless.

The administration of the western German town of Bad Hersfeld took offense and ordered city workers to remove the posters. But the administrative court in Kassel ruled in the party's favor on Monday, deciding that the posters were protected by Germany's freedom of speech and should be put up again. The city may appeal against the ruling.

The court decided that the slogan "doesn't explicitly call for arbitrary measures against Roma and Sinti." That would have been the case, for example, if the NPD had called for Roma and Sinti to be deprived of social benefits they were legally entitled to.

The party, however, has had a history of displaying campaign posters that cross the boundaries of good taste without explicitly transgressing German law. In 2011, the NPD came under suspicion of alluding to the Holocaust with posters reading "Gas Geben!" or "step on the gas!" They have also been criticized of overt racism due to posters depicting people of apparently Turkish origin on a flying carpet under the slogan "Have a Nice Flight Home!" The posters have been recycled this year along with one showing a blond-haired girl under the slogan "Maria instead of Sharia!"

This year's NPD campaign, however, has been notable primarily for its focus on asylum seekers. Currently, party leaders are on a "Deutschlandtour" campaign trip to cities around Germany but many of its events have been disrupted by anti-Nazi groups as well as local people.

Germany's 16 regional states are currently preparing a legal bid to outlaw the NPD, but the outcome is uncertain. A previous attempt to abolish the NPD failed in 2003 because of the presence of paid informants in the party's ranks. 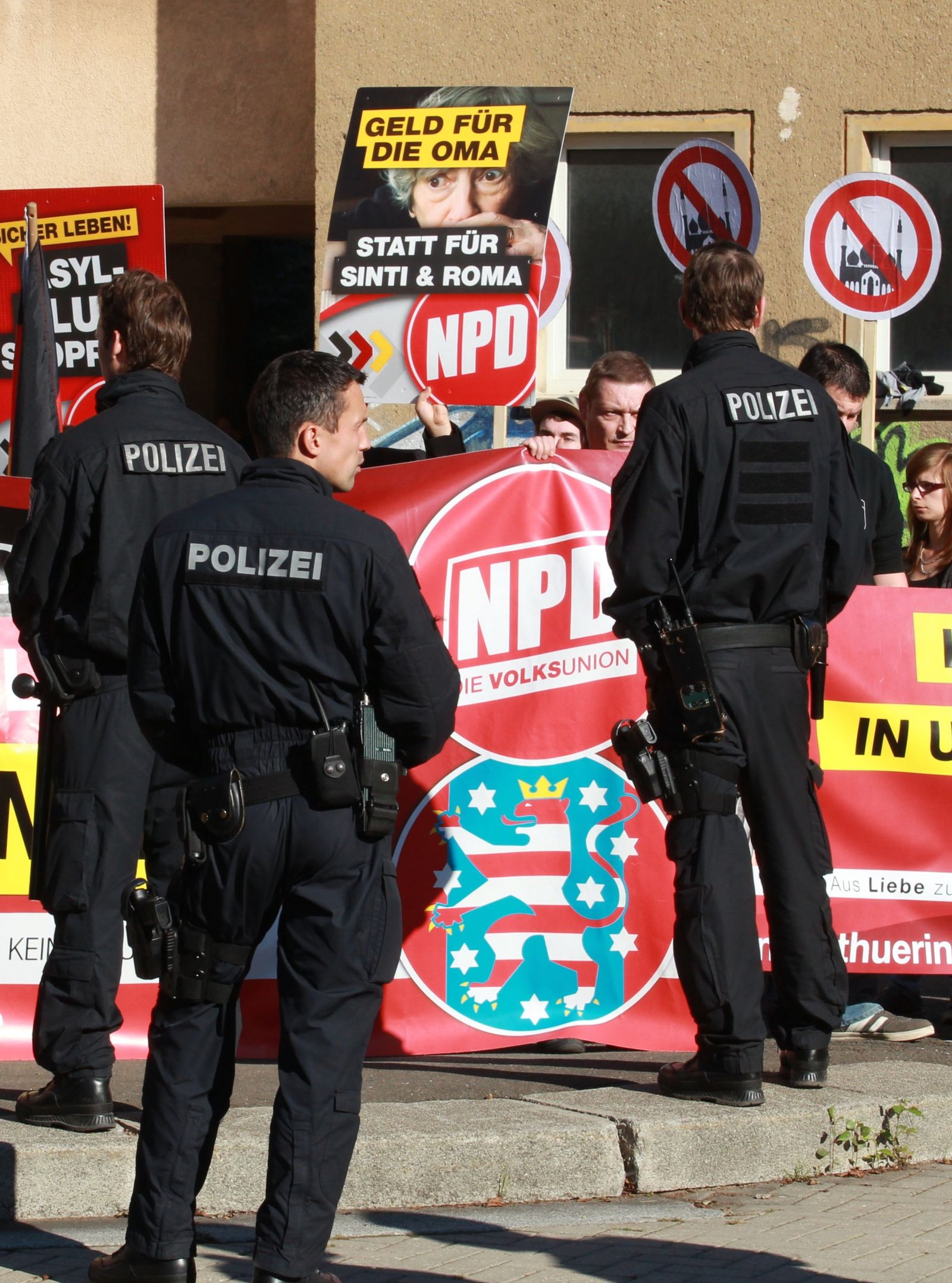 A poster of the kind that a German town took offense to, held up here at an NPD rally in Gera on Saturday.