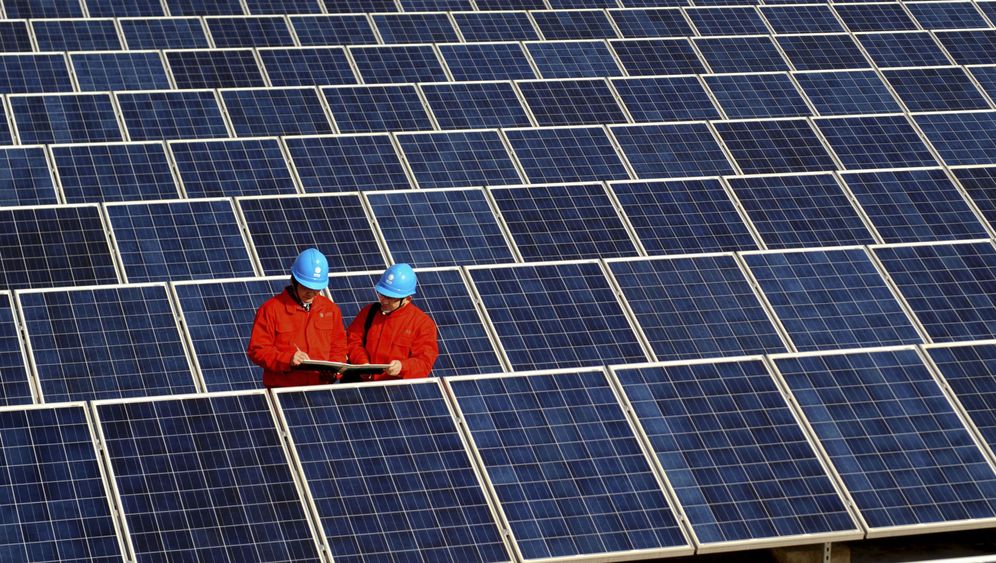 It was a bad week for Germany's crisis-ridden solar industry. First the government announced plans to slash subsidies for electricity from solar energy. Then the share prices of solar-panel makers plunged. Finally, after several rainy days in a row, the outlook for Germany's solar economic miracle, long enthused about by Environment Minister Norbert Röttgen, now seems worse than ever before.

The environment minister with the center-right Christian Democratic Union (CDU) is aware who is principally to blame for the plight of the German solar industry: the Chinese. The emerging economy's dumping policy has led to ruinous competition in the global market for solar panels, Röttgen said last Thursday, when he accused the Chinese of pursuing a "pricing policy designed to displace German companies." Thanks to generous Chinese government subsidies, he added, the competition is able to "obtain almost unlimited capital."

It is indeed true that Asian low-wage manufacturers have access to funding sources to which German companies do not. Those sources include the German government's budget for development aid, as well as the budgets of government institutions that aim to promote what the environment ministry calls "global climate justice" in its brochures. More than €100 million ($134 million) in government subsidies have already reached China from Germany, partly along circuitous routes, to bolster an industry that has already become the dominant global market player in some areas.

Somehow the German government must have lost sight of the fact that its policy in fact encourages the demise of Germany's own solar industry. The development bank of the government-owned KfW group of banks supports China's green industry with low-interest loans. Ironically, the German Investment and Development Company (DEG), also a subsidiary of KfW, is one of the financial backers of Chinese industry giant Yingli Solar, which itself was a major sponsor of the last soccer World Cup and currently sponsors the German soccer club FC Bayern München.

And even though Development Minister Dirk Niebel, a member of the pro-business Free Democratic Party (FDP), terminated his aid programs for China more than a year ago, the German development bank loans are still active.

What many taxpayers might see as a particularly absurd episode from the labyrinth of German environmental policy makes perfectly good sense to those involved. They say the policy helps China so that it can help itself. According to KfW officials, it was precisely the subsidy policy's goal to help Chinese solar producers achieve a breakthrough, in order to promote the environmentally friendly technology internationally.

Seen in this light, the German government's climate protection program for China is in fact a huge success. The German Environment Ministry contributed €9 billion ($12 billion) in seed capital for the program, using funds generated from the sale of CO2 pollution certificates to German industry.

The program also consists of low-interest loans issued by the KfW Development Bank. The first loan, some €75 million, went to the state-owned Export-Import Bank of China. It added funds of its own and then distributed the money to manufacturers in China's environmental industry, including solar giants Yingli, Sunergy and JA Solar.

One Chinese company, LDK Solar, promptly took the money back to Germany, where it recently invested in German solar cell producer Sunways, based in Konstanz in southwestern Germany. "Subsidizing solar may be part of the German government's climate protection policy, but for China it's part of an aggressive export offensive," says industry expert Wolfgang Hummel of Berlin's Center for Solar Market Research.

The low-interest loan the KfW issued to the Export-Import Bank of China expires in December 2013. Yingli, currently one of the world's largest solar producers, can also take its time to repay its German business partners the $25 million it borrowed under favorable terms. Its last payment is due in September 2013, but until then Yingli can allow the money to work for it.

At Yingli, there is little evidence of the crisis the German solar industry is undergoing at the moment. Production is up, and the number of employees is growing. Germany is Yingli's best customer. The company sells almost half of its systems to German homeowners and solar farm operators.

The current situation is precisely what German development officials had hoped for. In September 2008 Winfried Polte, the then representative of DEG, a subsidiary of KfW, said that his organization was proud of helping Yingli with its expansion strategy. The first loan agreement had just been finalized. "The expansion," Polte promised, "will create thousands of new jobs in China." 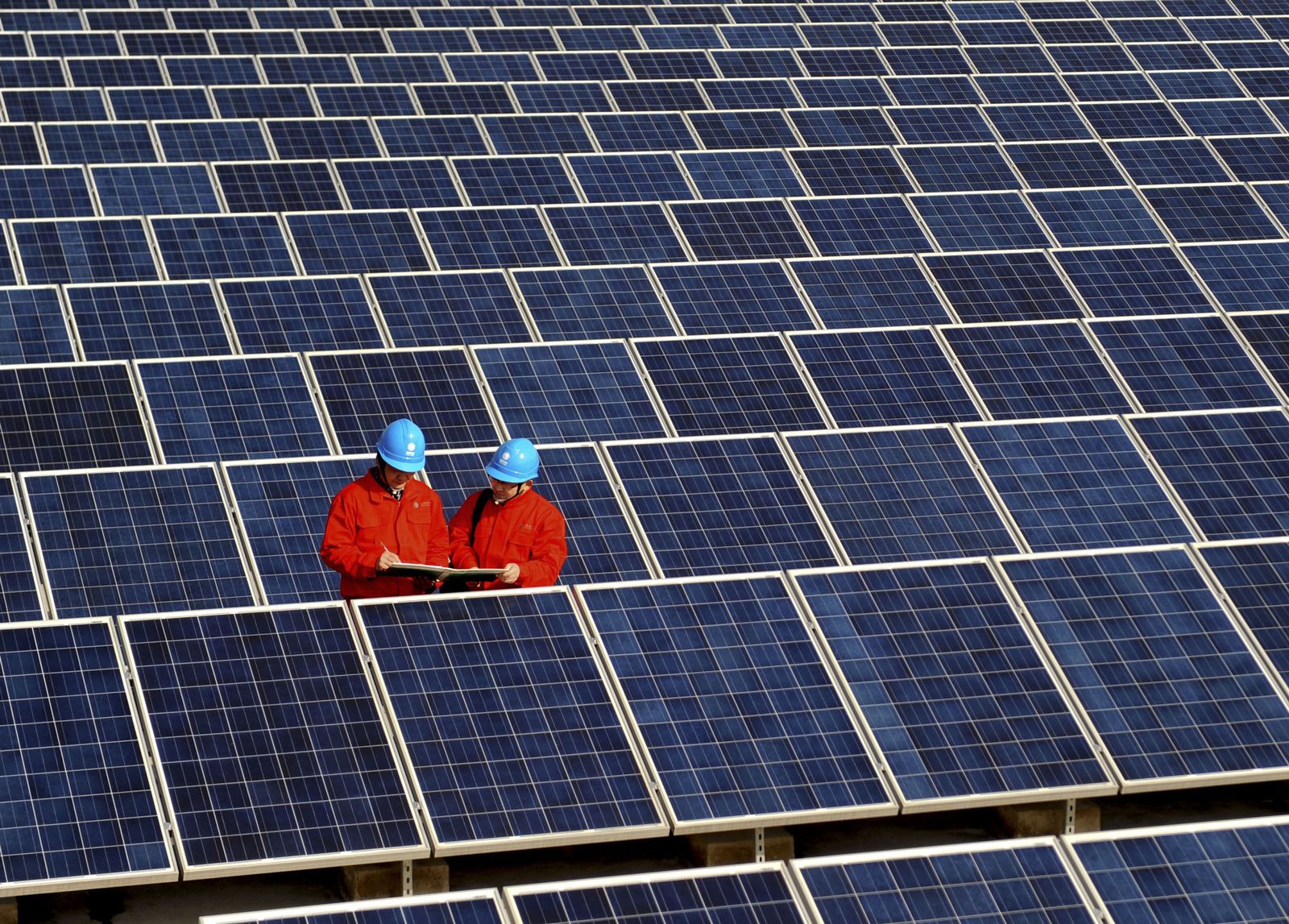 Solar panels in a power station on a factory roof in Changxing, in eastern China. Asian low-wage manufacturers have access to funding sources to which German companies do not, including the German government's budget for development aid. 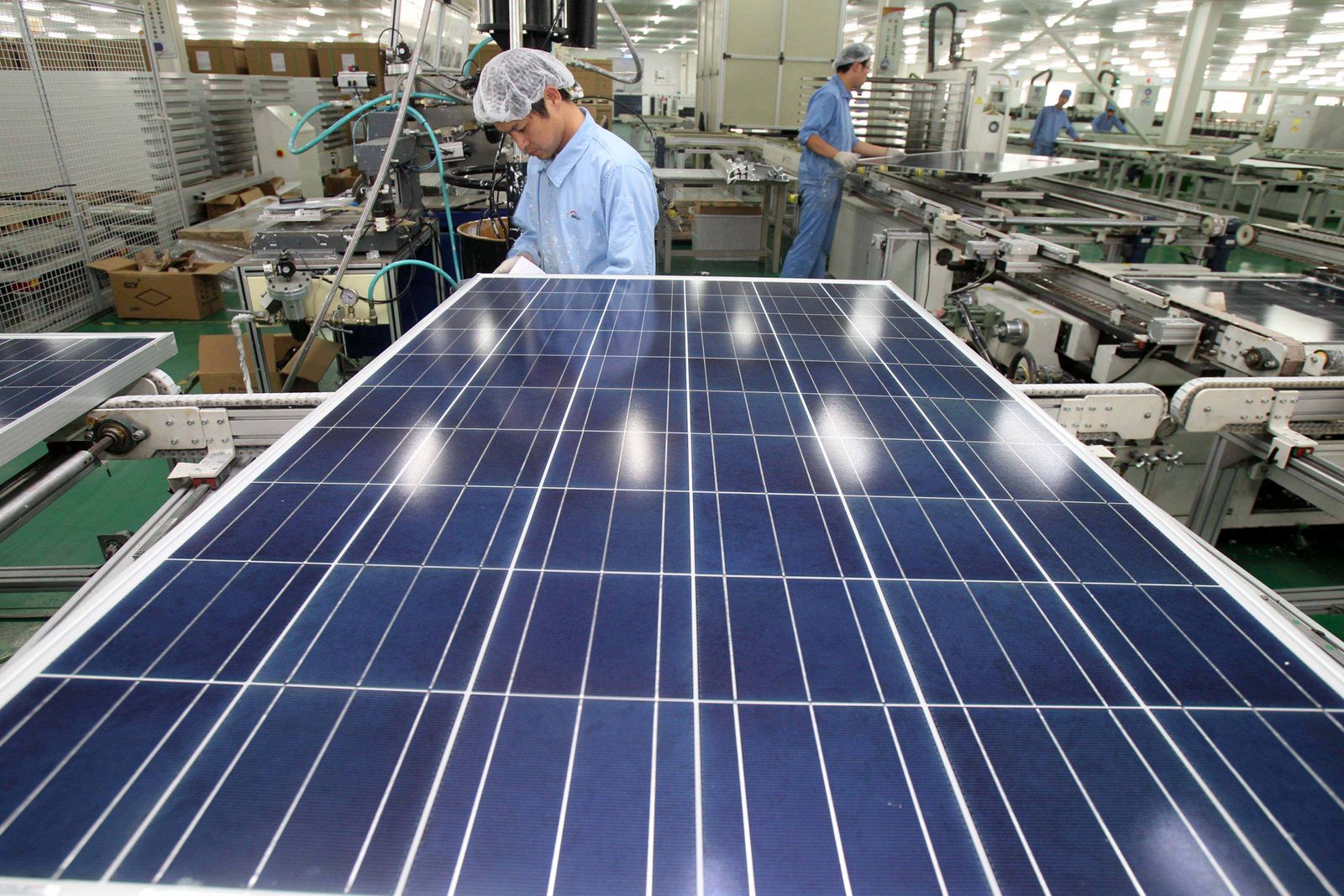 More than 100 million ($134 million) in government subsidies have already reached China from Germany, partly along circuitous routes, to bolster an industry that has already become the dominant global market player in some areas.