The verdict passed down in Germany's biggest-ever art forgery trial surprised no one -- Judge William Kremer announced on Thursday that the four defendants were guilty in the €16 million ($22 million) fraud case. In Room 7 of the Cologne District Court, the judge sentenced the painter of the forgeries, 60-year-old Wolfgang Beltracchi, to six years in jail. His wife Helene, 53, received a four-year term, her sister Jeanette, 54, was given a suspended 21-month sentence and Beltracchi's old pal and accomplice Otto Schulte-Kellinghaus, 67, was sent down for five years.

The fascinating trial dealt with 14 forged paintings, and came to an end after just nine days. The scheduled 40 sessions and 168 witnesses were not needed after a deal was reached -- shorter sentences for Beltracchi and his gang in exchange for full confessions.

It was a deal which suited everyone; the prosecutor would otherwise not have been able to prove that Beltracchi had actually made the forgeries.

If the trial had continued without the deal, it would perhaps have had echoes of case of the fake "Count of Waldstein", who was sentenced to nine years in prison by a Stuttgart court in June. He had sold sculptures supposedly made by Alberto Giacometti, but which were in reality fakes. His enterprise netted him and his gang around €8 million -- a fraction of what Beltracchi and his cohorts raked in.

Many Crimes Too Old to be Prosecuted

And the whole truth about their operation is not yet in the open -- the specific charges confessed to by the foursome are only the tip of the iceberg. The 14 paintings in question were presented as works by well-known classical modernist artists, earning the gang €16 million.

But old criminal police investigations in Berlin suggest that Beltracchi had passed on at least 15 forgeries by the 1980s, which the accomplices had then sold. They could not be charged with these crimes as they had already exceeded the statute of limitations period of 10 years.

And investigators have not uncovered everything about the later forgeries, either. Helene Beltracchi, her sister and Otto Schulte-Kellinghaus, and possibly other, unknown accomplices, could have flooded the art market with up to 100 fakes. Art expert Ralph Jentsch has even suggested that between 150 and 200 forgeries produced by Beltracchi could have been successfully passed on by accomplices. More fakes are expected to emerge in the coming years.

At the center of the indictment were five paintings allegedly painted by surrealist Max Ernst. Werner Spies, art historian and contributor to the Frankfurter Allgemeine Zeitung newspaper, had declared all of them to be genuine, for a significant fee. One was eventually purchased by ex-publisher and noted art collector Daniel Filipacchi in New York for €5.5 million.

The lie used by Helene Beltracchi to persuade potential buyers that the counterfeits were real was that she had inherited them from her grandfather Werner Jägers, who in turn had bought them from the renowned gallery owner Alfred Flechtheim in Düsseldorf. Indeed, many of the pictures bore a paper sticker with the inscription "Sammlung Alfred Flechtheim", or "Alfred Flechtheim Collection", on the back of the frame, as well as a portrait of the Jewish art dealer who died in exile in London in 1937. Otto Schulte-Kellinghaus is an old friend of Beltracchi, and told of his grandpa, the master tailor Johann Wilhelm Knops from Krefeld, who had in the 1920s also supposedly bought paintings from Alfred Flechtheim.

Many of his old friends have painted a picture of Beltracchi as an arrogant egotist, but in the Cologne courtroom the artist hippie showed his charming side; a forger with a musketeer goatee, who often broke out into laughter.

The Absurdity of the Art Market

And he has helped expose the absurdity of the art market, in which paintings ostensibly by famous artists are traded almost always as speculative investments. It is not the aesthetic value of a painting which decides whether it is worth millions, but the question of whether it was produced by a known and fashionable artist.

Beltracchi also demonstrated how experts and art dealers driven by greed and vanity could declare forged paintings genuine without hesitation. That in itself provoked some sympathetic coverage from journalists following the case -- the victims who were duped were not poor pensioners, but greedy art dealers and super-rich collectors. But anyone who now believes that auctioneers, dealers and buyers will in the future consider the authenticity of a painting with much greater care, is likely mistaken. The show must go on; prices are rising and hardly any group has a shorter memory than art speculators.

And Beltracchi? According to a fellow inmate, he is already well liked by prison officers, whose portraits he paints. The fraudster must serve scarcely three more years before he could be released for good behavior. That he has a nest egg hidden in the labyrinth of his accounts in Andorra or elsewhere certainly seems logical. Is that why he was always so cheerful in court?

In his closing remarks, he even thanked the participants in the trial "that everyone was so relaxed and so fair, and that you smiled so often." 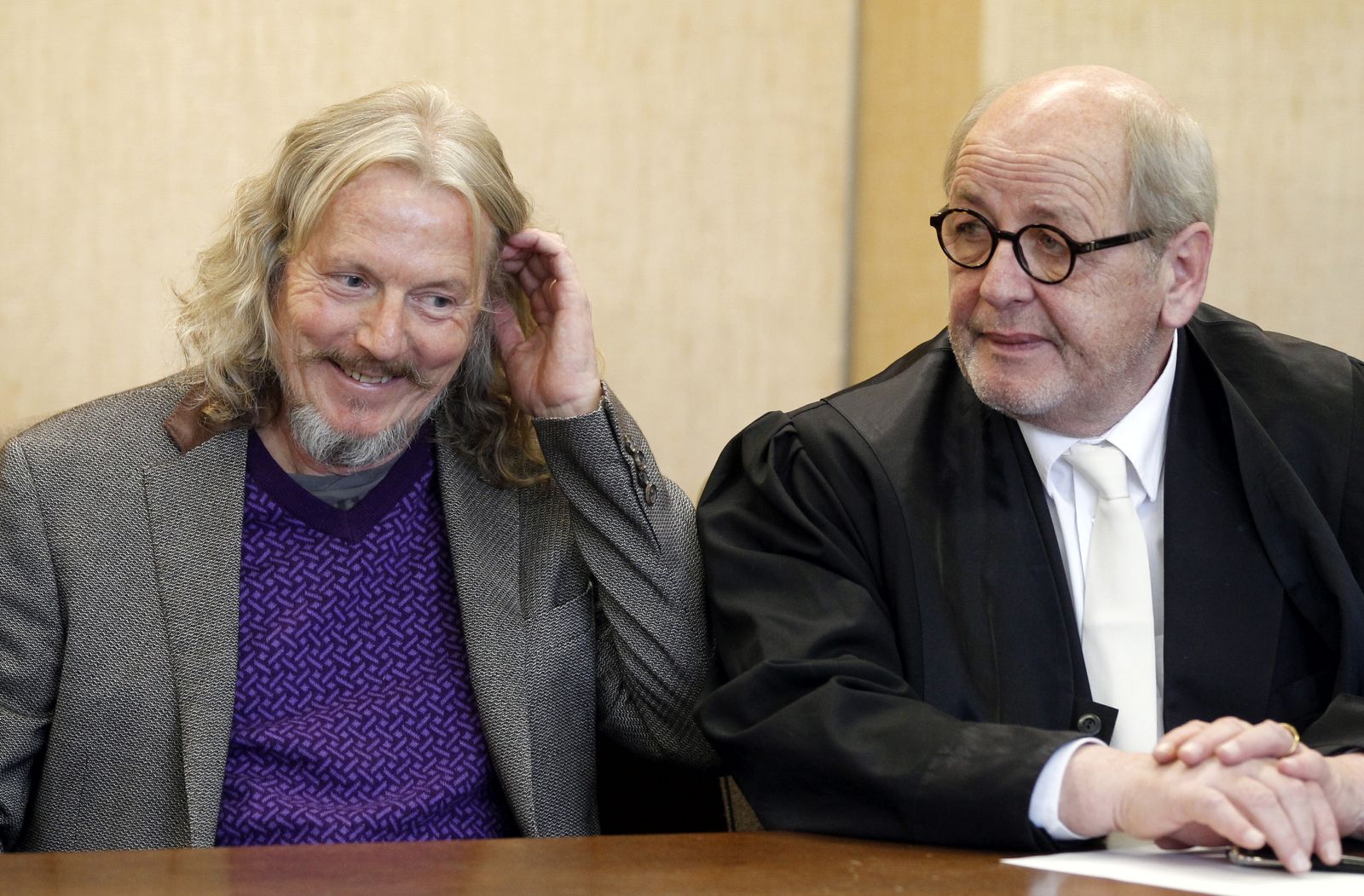 Art forger Wolfgang Baltracchi had reason to smile despite being sent to jail for six years.