Investors seem to have lost their taste for Germany's once much sought-after government bonds. At an auction on Wednesday of the country's 10-year bonds, one-third went unsold according to the German Finance Agency, which manages the nation's debts. The federal government had initially intended to sell bond issues worth some €6 billion (around $8 billion), but managed to garner just €3.89 billion.

The leftover issuing volume of some €2.35 billion will now be offered on the so-called secondary market, where bonds already in the process of maturing are sold. Disquiet on the markets likely led to the drop in demand, the German Finance Agency said Wednesday. "The result of today's auction reflects the exceedingly nervous market environment," a spokesman said, adding that Germany still does not face a financial shortfall.

Analysts, on the other hand, weren't quite as relaxed about the situation. "This is a complete disaster," said Marc Ostwald, an analyst at Monument Strategies. Another industry expert, Ralf Umlauf from Helaba, a government bank in the states of Hesse and Thuringia, called the auction a "vote of no confidence against the entire euro zone." The event should be seen as a warning signal that shouldn't be minimized, the analyst said. "A change in sentiment has taken place," Umlauf told SPIEGEL ONLINE. In particular, foreign investors have become distrustful, he added. "They associate the investment in sovereign bonds with the risk of the euro zone," he said.

In the past, Germany has been able to borrow at extremely low interest rates. At the latest auction the yield, or the markup demanded by investors, fell below the 2 percent mark for the first time in the initial public offering of 10-year bonds. It was at 1.98 percent.

Germany should consider spreading out its auctions, said Johannes Rudolph from HSBC Trinkaus. In such a nervous atmosphere, the government cannot expect to continue putting large sums on the market, he added.

"A growing number of institutional investors have reservations about German government bonds," said Eugen Keller, a financial market expert with the Frankfurt-based private bank Metzler. In light of the relatively high inflation rate, the interest rates recently offered on German bonds are too low, he said. "If Germany's responsibility for the European Financial Stability Facility (EFSF) euro backstop fund should increase, the risk for German sovereign bonds will also increase."

Keller, too, said he had observed a change in attitude among investors. "Because of the low rate of return in Germany, some investors are now cautiously going to countries that they had recently avoided," he added. "In France, or even in Ireland, chances for returns are certainly promising."

Meanwhile, the budget policy spokesman in parliament for the opposition Social Democratic Party, Carsten Schneider, warned, "Today's unsuccessful floating (of bonds) is the first concrete evidence that the crisis is not leaving Germany unscathed." He admonished Chancellor Angela Merkel and Finance Minister Wolfgang Schäuble to come clean about "the costs and risks that our country is facing. And about the costs that will be created if we don't do anything -- as well as the costs and risks that may be necessary in order to successfully stem the crisis." In the long term, Schneider said, Germany would not be able to continue to finance its debt at such low interest rates. Because Germany is assuming responsibility for ever greater risks, such as if the EFSF is leveraged, he warned, "we as an anchor of the euro zone could also become the (negative) focus of the markets."

The auction of 10-year sovereign bonds is considered to be a good indicator of how yields can be expected to develop. So far, Germany had profited during the debt crisis with its status as a safe harbor for investers. The country's high creditworthiness and relatively solid public finances has long been rewarded with the best AAA rating by ratings agencies, which consider Germany to be at very low risk for an insolvency. For some time, investors had been prepared to accept very low interest rates on German government bonds.

Unlike Germany, other European countries are now forced to pay significantly higher interest rates to investors. On Wednesday, yields on sovereign bonds rose once again in certain countries, meaning they're forced to pay ever higher interest rates when they pay off old debts with new ones. Yields on 10-year French bonds jumped 0.13 percent to reach 3.6 percent. In turn, the interest rates for the offering are just below this year's high of 3.8 percent. In Belgium, 10-year bond yields rose to 5.16 percent -- the highest rate since 2002.

Following the unsuccessful auction of German bonds, the country's DAX stock index of blue-chip companies took a blow on Wednesday, falling 0.53 percent to 5,508 points. The euro also fell to sa ix-week low of $1.34. 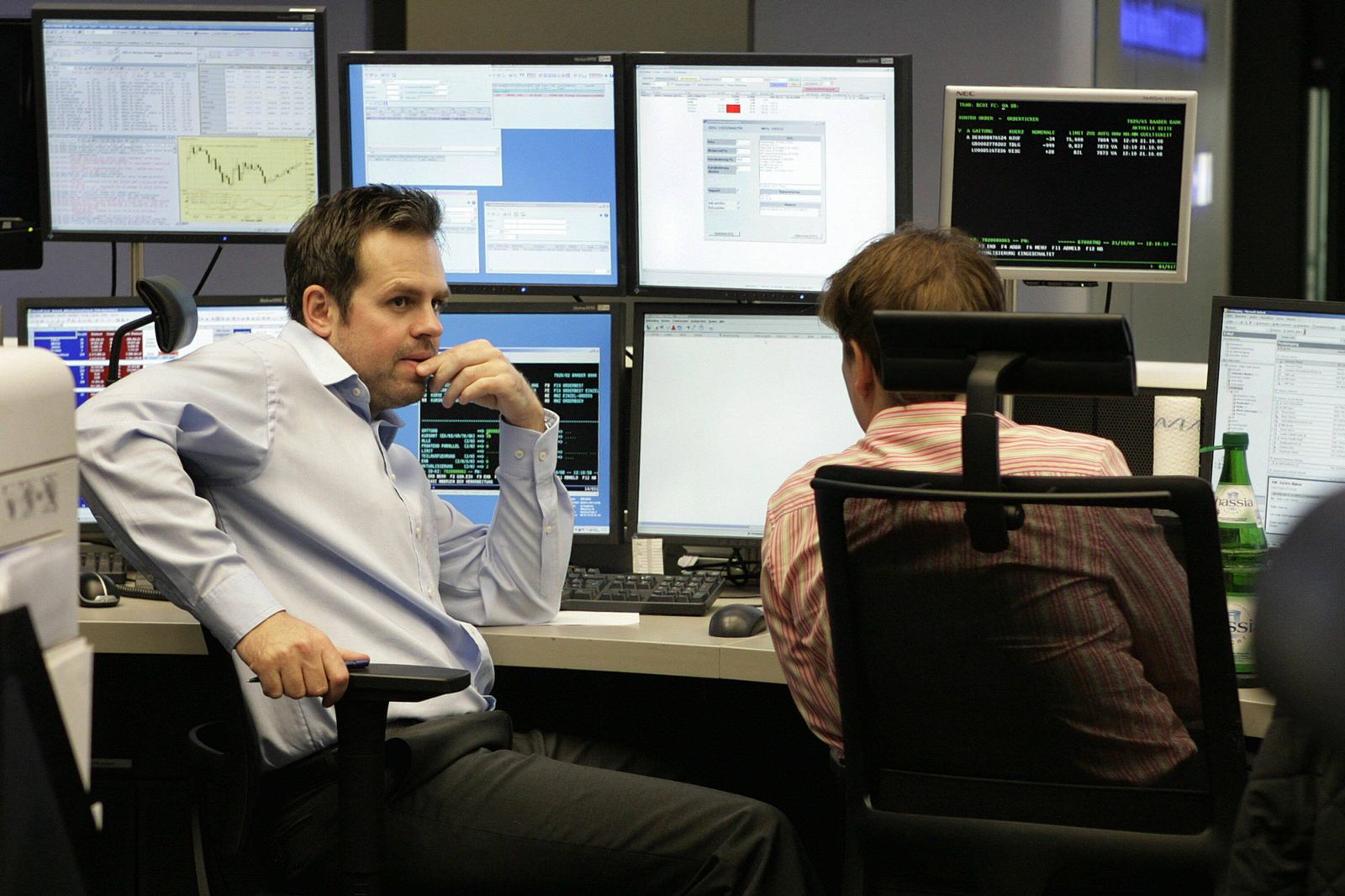 Analysts are apprehensive about the recent ebb in demand for German bonds.