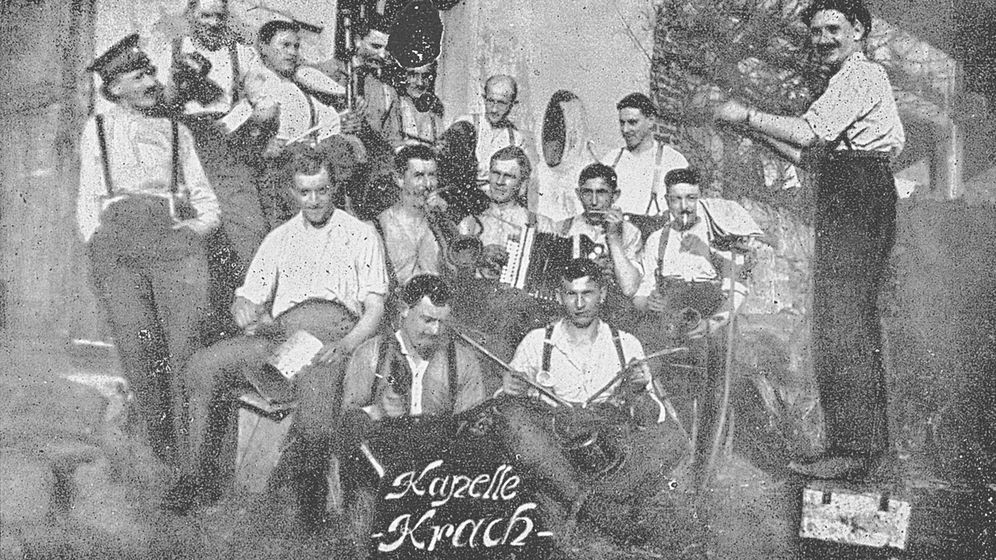 The blood streaming out of his right temple had formed a large pool on the floor. Adolf Hitler, the dictator and the greatest mass murderer of all time, had taken his own life with a bullet from his pistol in the catacombs of his bunker in Berlin. It was a well thought-out death.

In death, Hitler looked more like a man who had stepped out of the past. He wore a simple, field-gray military coat bearing only two medals -- the wound badge and the Iron Cross First Class -- both of which were from World War I. Throughout his life, Hitler was proud of these medals because they had been "soiled with the dirt of France and the mud of Flanders."

Hitler's "political will," dictated shortly before he committed suicide on April 30, 1945, was meant to convey the message that he, as a man of the people, had been deeply influenced by these early experiences. It spoke about how, beginning in 1914, he had served as a "volunteer" and made his "modest contribution to the First World War, which had been forced upon the German Reich."

Previously, Hitler had boasted about having "risked his life, probably every day" and having always "looked death in the eye." In other words, by his own account, he was a hero who "as if by a miracle" had remained healthy, defying the hail of bullets and remaining steadfastly fearless in the "most unforgettable and greatest time of my earthly life."

One widespread theory holds that Hitler's World War I experiences are what radicalized him and set him on the path toward becoming a committed and merciless anti-Semite. According to this reading, World War I can be viewed as the original catastrophe of the 20th century. For example, in his book "The Dictators," British historian Richard Overy concluded that: "The war made Hitler, as the revolution made Stalin." And his fellow Briton Ian Kershaw believes that Hitler's worldview became more sharply defined at the time. Joachim Fest, whose magnum opus "Hitler" has become the authoritative biography, was also convinced of this causal relationship in the dictator's life.

One newcomer holds a completely different view -- and one that will undoubtedly trigger much discussion. Thomas Weber, a 37-year-old historian from the western German city of Hagen who teaches at the University of Aberdeen, in Scotland, examined a group of documents that -- astonishingly enough -- had remained virtually untouched under layers of dust in Bavaria's main state archive. The find includes documents relating to Hitler's regiment, brigade and division, court documents complete with witness testimony, and confiscated letters that had been sent with the field post -- a treasure trove for any researcher.

In his book "Hitler's First War" (published in German for the first time this week), Weber uses these documents to help rebut the widely held views about Hitler's early years and demystify certain legends about them. For example, Weber concludes that the unit Hitler served with was by no means a sort of precursor to the Nazi Party, as some have claimed. In fact, as Weber and his researchers discovered, only 2 percent of the soldiers in that unit would later go on to join the Nazi Party.

What's more, Weber finds that Hitler was never the front-line soldier that he and the Nazi propagandists would later make him out to be. Instead, he says that this historical whitewashing was a highly political act in the run-up to the so-called Machtergreifung, the Nazi seizure of power. Indeed, as historian Gerd Krumeich writes, this was necessary because there was "hardly any other overlapping of the opinions of society at large and the so-called Nazi 'revolution'" that was as solid as their shared opinion of the legacy of World War I and all the dramatic events associated with it. In reality, however, Hitler spent almost the entire four years of World War I a few kilometers behind the main battle line and therefore often outside the most dangerous areas. His job as a runner also meant that he was by no means in the "midst of bombardment."

According to Weber's provocative conclusion, Hitler's political identity was hardly burned into his consciousness by traumatic experiences at the front. In fact, Weber writes, Hitler was "confused" when he returned from the war, and his political identity "could have still developed in different directions."

Hitler was already 25 when he became a soldier, and he was presumably a deserter. In May 1913, the sinister painter of postcards went to Bavaria "almost certainly in an attempt to dodge the Austrian draft," Weber writes. But now, surrounded by the cheering and patriotic frenzy at the beginning of World War I, he was drawn to battle -- a struggle, as Hitler wrote, that "was not forced upon the masses, by God, but was desired by the entire people." Hitler was assigned to the Bavarian reserve infantry regiment No. 16 (RIR 16), commanded by Colonel Julius List. According to Weber, RIR 16 was not the volunteer regiment it has been described as, and List's regiment was not teeming with students, artists and university graduates, as many Nazi propagandists would later claim.

In fact, the share of budding and real academics among the roughly 30 percent of the army made up of volunteers was only marginal. Instead, a disproportionately large number of Jews volunteered to defend "the Fatherland" and, as Weber concludes, it's unlikely that any of them suffered from anti-Semitic treatment. On the contrary, the Kaiser's officers were apparently anxious to make it possible for Jewish soldiers to practice their faith on the front.

In late October 1914, the poorly trained and inadequately equipped regiment experienced its "baptism by fire" during battles for the Flemish village of Gheluvelt. With dramatic exaggeration, Hitler claimed that he was the only survivor in his platoon, which seems unlikely. According to the records, 13 men in his company died on Oct. 29. In "Mein Kampf," Hitler wrote that this battle was only the "beginning," adding: "It went on in much the say way, year after year, but horror had replaced the romance of the battlefield."

After Gheluvelt, Hitler served as a courier, usually outside the firing range of artillery and machine guns, embedded in the relatively comfortable rear echelon, a place where soldiers even had set amounts of time off. These were conditions "like paradise," Weber writes, in the eyes of the soldiers at the front, who were constantly confronted with death.

After his failed putsch attempt in 1923 and a brief time in prison, Hitler and his minions cleverly used the supposed wartime experiences of the would-be World War I hero to win more votes on his way to the top. "It was thus really in the period of 1925 to 1933 that the myth of the List Regiment took center stage in Hitler's rhetoric," Weber writes.

Former comrades published highly sugar-coated versions of their memories under titles like "With Adolf Hitler in the Bavarian RIR 16 List" and "Adolf Hitler in the Field, 1914-1918." One author wrote glowingly that it was only from the ranks of this regiment "that the man could have come who became the guide to a new era and this undisputed, natural leader." Even in a children's book, Hitler was described as "always one of the bravest soldiers in every battle."

Anyone who objected to this falsification of history was mercilessly persecuted -- and sent to a concentration camp. Hugo Gutmann, for example, one of the regiment's Jewish officers, fell into the clutches of the Gestapo in 1937 and was imprisoned for two months for "contemptuous, derogatory and untrue comments about the Führer."

The same lieutenant had seen to it that Hitler, like all runners, was decorated with the Iron Cross First Class -- and told an opponent to the Nazi regime about that fact. It was the same medal Hitler was wearing when he committed suicide.