There is little doubt that Germany is not the easiest place to live and work if you are a woman. According to statistics released earlier this year, women earned an average of 23.2 percent less than men in 2008 -- a number that has been going up in recent years. There is also an extreme paucity of female executives at leading German companies.

Indeed, the situation is such that European Commissioner for Justice, Fundamental Rights and Citizenship Viviane Reding saw fit to censure Germany in March. "In economic terms," she said, "Germany is one of the most developed countries. As such, it should be a good role model rather than a straggler. I expect more ambition and more drive."

Given such a background, the biting criticism of German Family Minister Kristina Schröder, a member of Chancellor Angela Merkel's Christian Democrats, this week is perhaps unsurprising. In an interview with SPIEGEL published on Monday, Schröder, 33, expressed opposition to the idea of legally mandating a certain percentage of women in executive positions. She also gave short shrift to concerns over unequal pay.

"The reality looks like this: Many women like to study German and humanities; men, on the other hand, electrical engineering -- and that has consequences when it comes to salaries," she said.

Schröder also dismissed feminists by saying "I don't agree with a core statement by most feminists, the statement by Simone de Beauvoir: 'One is not born a woman, one becomes one.' Even as a schoolgirl I wasn't convinced by the claim that gender has nothing to do with biology and is only shaped by one's environment."

Her comments have not been universally well received. Renate Künast, co-floor leader of the Green Party in parliament, said she was "flabbergasted" by Schröder's interview and said her comments on feminism were "crude and antiquated." She accused Schröder of having a "split personality -- another word for schizophrenic."

Manuela Schwesig, deputy head of the center-left Social Democrats, also blasted Schröder. "I haven't read so much nonsense in connection with women's issues in a long time," she said. "Ms. Schröder has absolutely no understanding of the historical significance of feminism." She also accused Schröder of having "no idea" about the very real problems facing women today.

Perhaps the fiercest broadside, though, came from Alice Schwarzer, Germany's leading feminist voice and the editor of the influential women's magazine Emma.

In her interview, Schröder took direct aim at Schwarzer, saying "I have read a lot of her work -- first 'The Little Difference,' later 'The Big Difference' and 'The Answer.' I found all these book very well argued and worth reading. But I found that many of her theories went too far. For example that heterosexual intercourse was barely possible without the submission of the woman. I can only say to that: Sorry, that's wrong."

Responding to a question as to whether feminists oppose relationships between men and women, Schröder said: "There was indeed a radical movement that argued in this way and saw being lesbian as a solution. I didn't find it very convincing that homosexuality should be the solution to the problem of women being disadvantaged."

An open letter published by Schwarzer on Monday didn't mince words. "Whatever the chancellor's motives were in choosing you to become minister of family and women's issues, competence and empathy for women was certainly not it," Schwarzer wrote.

In response to Schröder's direct accusation, Schwarzer said that the minister was referring to something she had written in 1975 and that Schröder had both misinterpreted what she wrote then and ignored what she has written since. Schwarzer accuses Schröder of using "cheap clichés" and says she is "a hopeless case. Simply unqualified."

Still, Schröder has managed to find some support. "I think Mrs. Schröder is right," said Silvana Koch-Mehrin, of the business-friendly Free Democrats. "We are now far beyond the classical definition of feminism." 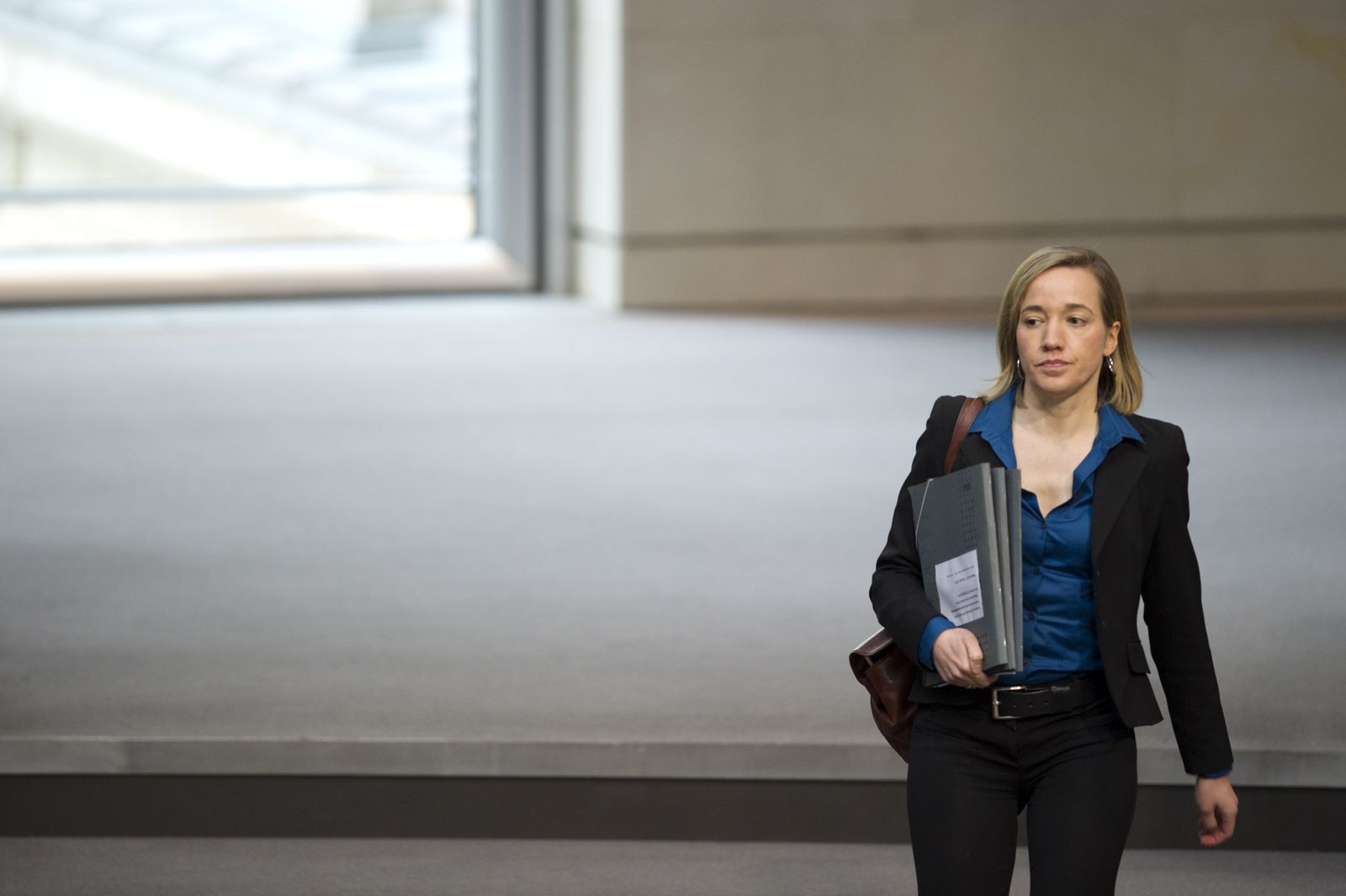 German Family Minister Kristina Schröder has been sharply criticized for her comments on feminism in an interview with SPIEGEL.