Angela Merkel is mad. In a Sunday evening interview on German public television, the German chancellor was visibly irate when asked about the recent comments on integration and immigration by Thilo Sarrazin, a member of the board at Germany's central bank, the Bundesbank.

"The statements from Mr. Sarrazin are completely unacceptable," she said. "They are exclusionary in a way that shows contempt for entire groups within our society. For me, the worst part is that by confronting the issue the way he does, he makes a discussion of that issue much more difficult."

Merkel was referring to a new book by Sarrazin, excerpts of which appeared in the German press last week. In the book, Sarrazin claims that Muslim immigrants are soon going to outnumber Germany's "autochthonous" (indigenous) population because of their higher birth rates. He also suggested that, because immigrants haven't proven to be as successful in school in Germany, the country is not only shrinking, but it is becoming less intelligent. He also said that Muslims were not interested in integration and hinted that they would prefer to work illegally off the books than to pay taxes.

"I don't want the country of my grandchildren and great-grandchildren to be largely Muslim, or that Turkish or Arabic will be spoken in large areas, that women will wear headscarves and the daily rhythm is set by the call of the muezzin," he writes in the book, which is to be officially released on Monday. "If I want to experience that, I can just take a vacation in the Orient."

Over the weekend, Sarrazin went even further. In an interview with Welt am Sonntag, Sarrazin waded into the fraught field of genetics, saying "all Jews share a certain gene, all Basques have certain genes that make them different from other people."

The comment came as he was discussing the identities of different European cultures, but the reference to a Jewish gene has unleashed yet another storm of critique. Such references have been largely taboo in Germany since World War II.

When asked by the interviewer if perhaps he meant to talk of "races" rather than "cultures," Sarrazin responded "I am not a racist."

Merkel is far from the only politician who has expressed disgust at the comments by Sarrazin, a former member of government in the city-state of Berlin and still a member of the Social Democrats. German Defense Minister Karl-Theodor zu Guttenberg suggested to the weekly tabloid Bild am Sonntag that Sarrazin should lose his seat on the board of the German central bank. "Every provocation has its limits. It is a limit that (Sarrazin) has clearly overstepped with his confusing and inappropriate comments," he said.

Merkel, too, seemed to suggest that Sarrazin should no longer remain on the Bundesbank board. "I am certain that it will be a topic within the Bundesbank," she said. Bundesbank head Axel Weber has said he will comment on Sarrazin's latest provocations on Monday afternoon.

The new book is far from the first time Sarrazin has hit the headlines with controversial comments about immigration and other contentious topics. In an interview with the cultural magazine Lettre International last autumn, he said that Muslim immigrants are incapable of integrating and "constantly produce little girls in headscarves." He also said that "a large number of Arabs and Turks in (Berlin) ... have no productive function other than in the fruit and vegetable trade." He also claimed that Turks were "conquering Germany ... through a higher birth rate."

In previous comments, he has blasted welfare recipients and suggested they could live on much less money than they currently receive. He has also called students "assholes" and said that civil servants are "pale and foul-smelling." Of German plans to rescue the carmaker Opel, he said: "No one needs an Opel."

Following his interview with Lettre, the SPD sought to kick him out of the party, an effort that ultimately failed this spring. Now, however, momentum seems to be building for another attempt. Last week, SPD head Sigmar Gabriel seemed to invite Sarrazin to leave the party when he said he had no idea why he was still a member.

Since then, several SPD members have gone further. Christian Gaebler, SPD head in the Berlin neighborhood of Charlottenburg, where Sarrazin is registered, told SPIEGEL "enough is enough. Should Mr. Sarrazin not go willingly, we are initiating proceedings to throw him out of the party." Ralf Stegner, head of the SPD in the northern state of Schleswig Holstein, called him a "rhetorical bully" in an essay for SPIEGEL ONLINE. And Hannelore Kraft, the new governor of the state of North Rhine-Westphalia, told SPIEGEL ONLINE on Monday that "those who generalize to the degree that Mr. Sarrazin does do not belong in the SPD. He should go."

It doesn't seem likely, however, that Sarrazin will go willingly. "I intend to take my SPD membership with me to the grave," he told the Frankfurter Allgemeine Zeitung over the weekend. 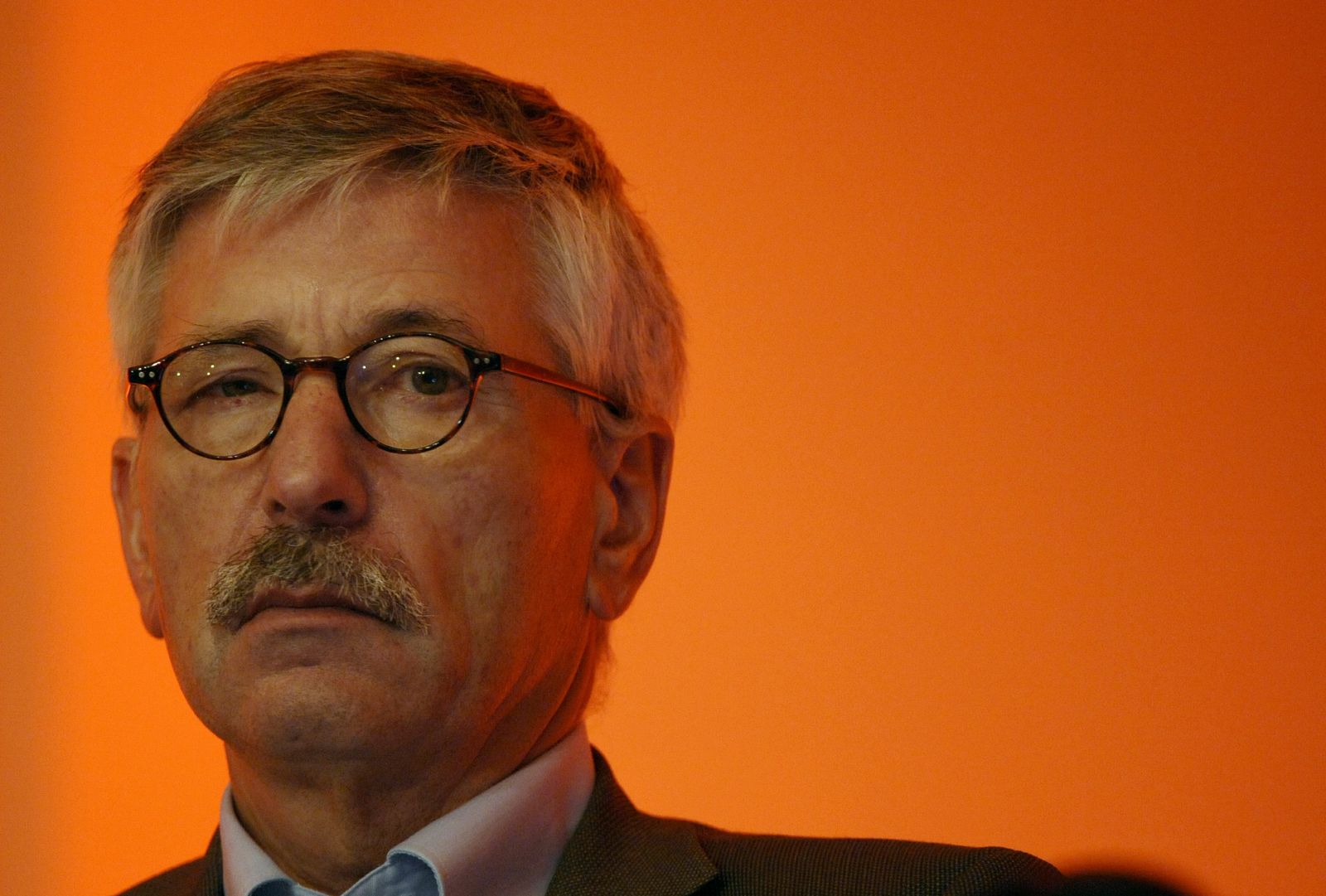 Thilo Sarrazin, a member of the board at the German Central Bank, has been slammed for his allegedly racist comments about Jews.