German police say at least one of the identical twin brothers Hassan and Abbas O. may have perpetrated a recent multimillion euro jewelry heist in Berlin. But because of their indistinguishable DNA, neither can be individually linked to the crime. Both were set free on Wednesday. 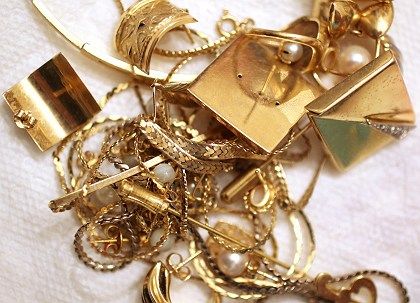 Twins arrested for a multi-million euro jewelry heist in Berlin have been set free on a technicality.

In the early morning hours of February 25, three masked men broke into Germany's famous luxury department store Kaufhaus Des Westens (KaDeWe). Video cameras show how they climbed into the store's grand main hall, broke open cabinets and display cases and made off with an estimated €5 million worth of jewelry and watches.

When police found traces of DNA on a glove left at the scene of the crime, it seemed that the criminals responsible for Germany's most spectacular heist in years would be caught. But the DNA led to not one but two suspects -- 27-year-old identical, or monozygotic, twins with near-identical DNA.

German law stipulates that each criminal must be individually proven guilty. The problem in the case of the O. brothers is that their twin DNA is so similar that neither can be exclusively linked to the evidence using current methods of DNA analysis. So even though both have criminal records and may have committed the heist together, Hassan and Abbas O. have been set free.

Both brothers have stolidly refused to comment ever since their arrests on February 11. Since no further evidence has become available, police cannot detain them.

"Those who remain silent are not necessarily covering up their guilt, but rather simply making use of their constitutional rights," Hassan O.'s lawyer Axel Weimann told Berlin's Tagesspiegel newspaper on Wednesday. He also noted that the glove with DNA evidence was not necessarily proof that either twin had been at the scene of the crime, since it could have been placed there by someone else in order to frame the brothers.

According to the daily, the twins sent a message that they were "proud of the German constitutional state and gave it their thanks."

There is still no trace of a third suspect -- or the loot.