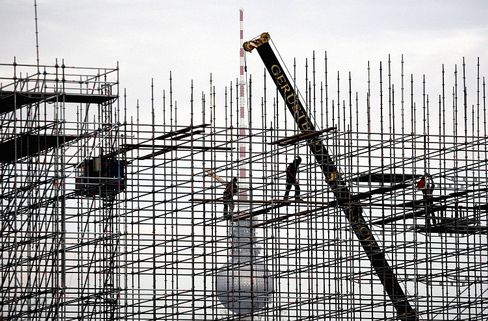 With growth slowing in Germany, the country's economics minister wants to give consumer spending a boost with tax breaks.

Germany Economics Minister Michael Glos wants to launch a €10 billion ($15.6 billion) spending program to help cushion the country from the effects of a slowing economy, SPIEGEL has learned.

"If the economic climate cools off, then we need to discuss measures this autumn that could reinforce growth," Walther Otremba, a deputy minister in the Economics Ministry told SPIEGEL.

The Economics Ministry is preparing a program worth at least €10 billion aimed at increasing consumer spending. The measures would include tax cuts for private households and the reintroduction of a tax break for commuters.

However, Glos -- who is a member of the Christian Social Union party, the Bavarian sister party to Chancellor Angela Merkel's conservative Christian Democratic Union -- faces formidable opposition to his plan from Finance Minister Peer Steinbrück, who has promised to balance the federal budget by 2011. Steinbrück has enjoyed the chancellor's support, and her spokesman told the Bild am Sonntag newspaper that the government had no plan to approve Glos' program. "Such considerations are not being discussed at this time," he told the paper, according to Reuters.

Bert Rürup of Darmstadt University, who chairs the German Council of Economic Advisors that advises Angela Merkel's government, said he could foresee a temporary shrinking of German economy. "Because of the orders in hand, a recession in Germany is unlikely, but it can't be ruled out entirely," he told SPIEGEL. He also said he feared that the number of unemployed in the country would only continue to sink until the end of the year." Job creation in recent months has resulted in a dramatic decline in the number of unemployed in Germany.