It is said that there is no such thing as bad publicity. That, however, is almost certainly a sentiment that German Chancellor Angela Merkel does not share so far this year. With only days to go before a trio of important state votes which could substantially weaken her conservatives, Merkel's center-right camp has proven unable to stem the flow of negative headlines and caustic internal debate.

Soon after star politician Karl-Theodor zu Guttenberg resigned from his position as defense minister following revelations that he had plagiarized large portions of his doctoral thesis, a new member of the cabinet clumsily started a new round of hand-wringing over integration and Islam's place in German society. A national poll released on Sunday indicates the ongoing commotion in Merkel's government is taking a toll in voter backing, with support for the chancellor's center-right Christian Democratic Union (CDU) and its Bavarian sister party, the Christian Social Union (CSU), lower than it has been since last autumn.

Hans-Peter Friedrich -- sworn in last week to replace Thomas de Maizière, who took over the Defense Ministry from Guttenberg -- sparked the latest back-and-forth. "That Islam is part of Germany is a fact that cannot be proven by history," Friedrich said.

Reactions have been swift and critical. Friedrich's comments, said Lamya Kaddor, head of the Liberal Islam Association, are a "slap in the face of Muslims. Such a statement isn't just politically and historically inaccurate, but I also consider it to be dangerous," she told the daily Frankfurter Rundschau.

Of more concern for Merkel, however, is the seeming split that Friedrich's comments have laid bare within her own conservative bloc. Just last October, German President Christian Wulff, a member of Merkel's Christian Democrats -- and a man Merkel spent considerable political capital installing in the presidential palace last summer -- made waves when he said that "Islam is a part of Germany" during a speech celebrating the 20th anniversary of German reunification. Wulff repeated the sentiment in a weekend interview with Al-Jazeera and Merkel also saw fit to counter Friedrich's statements.

But an increasing number of conservatives in recent days appear to be leaning toward the view articulated by Friedrich, a member of the CSU. "Of course there are Muslims in Germany," CSU General Secretary Alexander Dobrindt told the Sunday weekly Welt am Sonntag. "But Islam is not part of the German Leitkultur."

The term Leitkultur, which is often translated as "leading" or "mainstream culture," is controversial in Germany. It refers to the country's Christian roots, but many also see it as exclusionary in nature, to the detriment of immigrant groups in the country.

Dobrindt's counterpart from the CDU, Herman Gröhe, told German TV that "this country has been uniquely influenced by Christianity. Historically, Islam has not left a similar mark." And Volker Kauder, floor leader for the conservatives in the national parliament, said, "Islam has not shaped our society in the past and doesn't do so now. As such, Islam is not a part of Germany."

The subject of integration, of course, is never far from public debate in Germany. Just last August, Thilo Sarrazin, a former member of the board of Germany's central bank and an influential member of the center-left Social Democrats in the city-state of Berlin, started a paroxysm of angry polemic with a book arguing that Muslim immigration has degraded Germany.

But Interior Minister Friedrich's contribution seems to indicate that, try as Merkel might to come up with a consistent party line on integration, Germany's conservatives are not interest in a uniform position on the issue. Friedrich, for his part, has since toned down his rhetoric, saying that he is looking forward to continuing ongoing talks on integration with representatives of Germany's Muslim community, the next round of which is scheduled for later this month.

'A Clear Awareness of Christian Roots'

Still, he also indicated that he was not backing down from his original assessment. "Successful integration depends on two factors," he said. "The first is knowledge of social reality in Germany -- which includes the presence of four million Muslims. The second is a clear awareness of the Christian roots of our culture."

Many in Germany, of course, find nothing objectionable in Friedrich's comments. Still, the resulting bickering among conservatives combined with the very public collapse of Guttenberg seems certain to play some role at the ballot box later this month. On March 20, voters in Saxony-Anhalt go to the polls, followed the next weekend by elections in both Baden-Württemberg and Rhineland-Palatinate.

A nationwide survey published in the Sunday weekly Bild am Sonntag indicates that support for the CDU has fallen two percentage points to 33 percent while the center-left Social Democrats has risen to 28 percent support. The CDU also lost ground in both Baden-Württemberg and Rhineland-Palatinate. 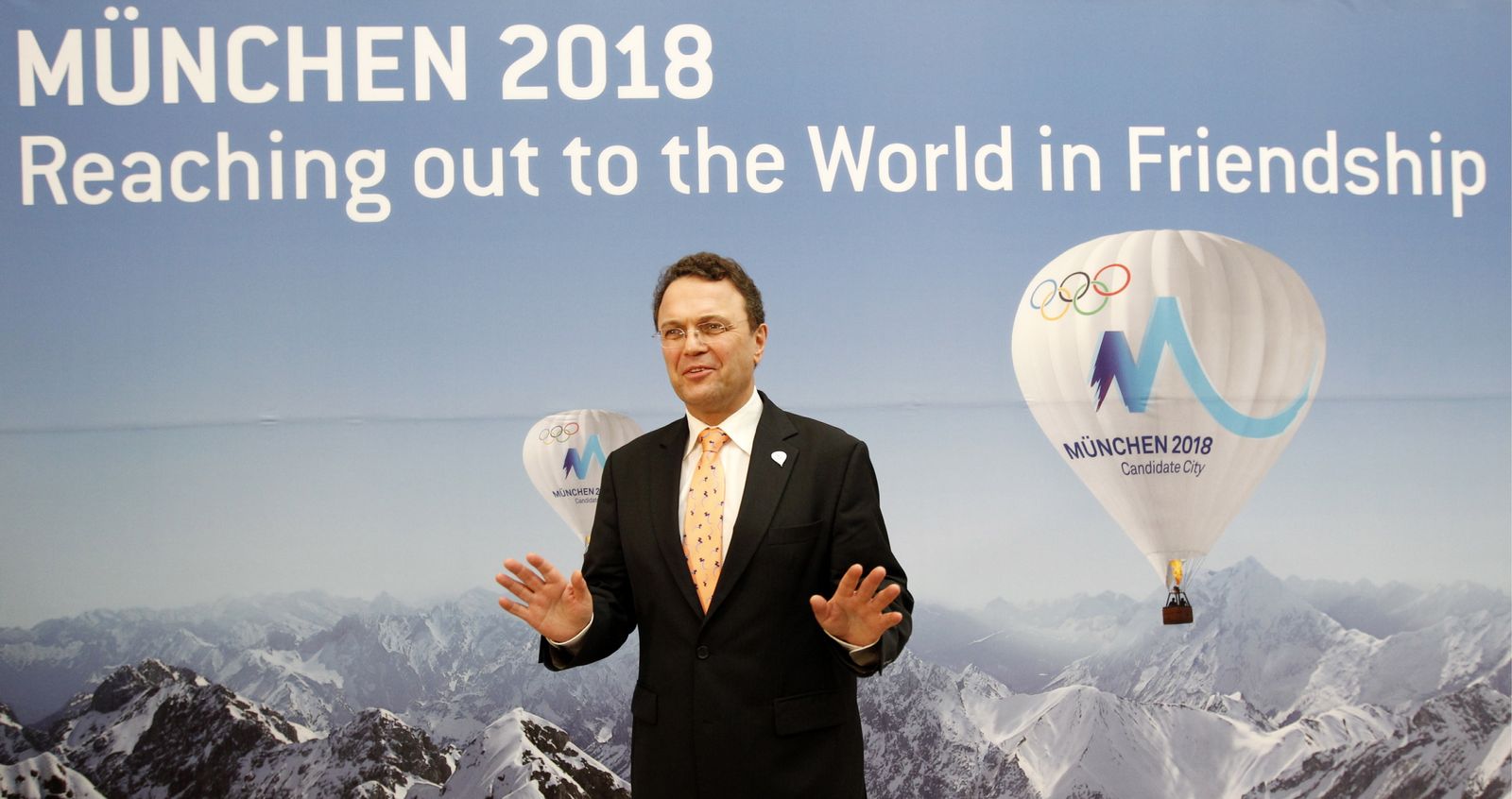 German Interior Minister Hans-Peter Friedrich has launched yet another debate over the role of Islam in Germany.