America might be a different place today were it not for the village of Kallstadt in the German state of Rhineland-Palatinate. It's a sleepy place located west of Mannheim amidst vineyard-covered hills. A church rises in the center, surrounded by a few pubs and red gabled roofs. The local bakery closes early in the afternoon.

About 1,200 people call Kallstadt home. Residents like to make merry and they are proud of their local culinary specialty, Saumagen, stuffed pork belly. It's former Chancellor Helmut Kohl's favorite dish and it's said that he often came here to buy it. But are locals proud of their most famous family?

After all, the village is the ancestral home of the Trumps.

"My father is Donald Trump's third cousin," says Bernd Weisenborn, with a broad grin planted on his face. The 54-year-old is standing in the courtyard of his restaurant.

An icy January wind blows through the village's narrow streets, but Weisenborn is in short sleeves. He has blond hair, strong hands and his glasses dangle from his neck. 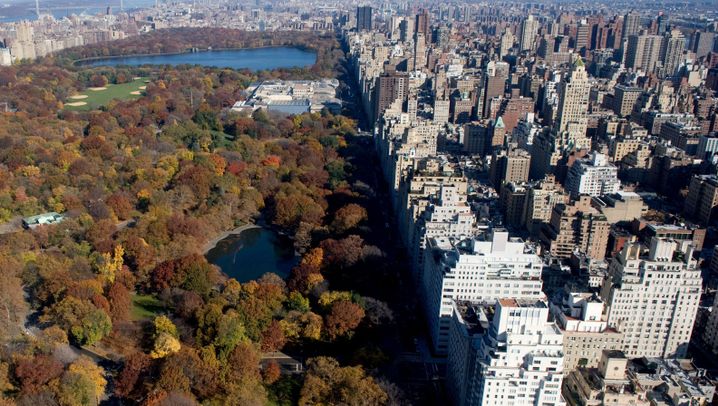 Photo Gallery: The Trumps of Kallstadt

He doesn't know that much about his ancestors, Weisenborn, a vintner, grumbles. He says his father used to talk every now and then about the old Trumps, but otherwise it wasn't something that came up very often.

Weisenborn says he doesn't care how close his bloodlines are with Trump, the billionaire real estate mogul currently vying for the White House with his hardline rhetoric.

Obviously it's something special if a famous person shares roots from the same place you come from, he says. But would he like to meet Trump? "I would if the opportunity arose," Weisenborn says. And what about having Trump as a visitor here in Kallstadt? "I wouldn't mind at all," he adds. But when asked about Trump's current campaign, Weisenborn is decidedly less enthusiastic.

Trump, who is currently stirring up sentiment against foreigners in the US, is himself the product of immigration -- a history that leads back to 1885. That's the year people here claim Donald Trump's grandfather Friedrich, packed his bags and departed rather suddenly for America. Friedrich was 16 at the time. Upon arrival, he first worked in New York as a barber and later managed a hotel on the West Coast before opening a bar for gold prospectors in the Yukon. Friedrich bought property in Manhattan with the money he earned. The sites where Trump's flashy towers are located today were dirt cheap back then.

But Friedrich Trump then returned to Germany, where he married Elisabeth, who lived next door. 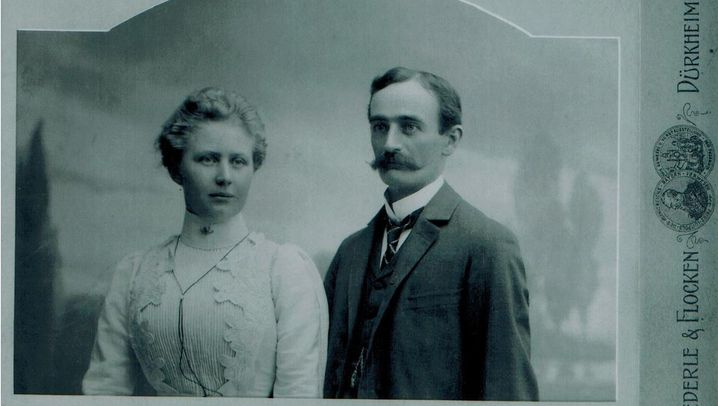 Elisabeth wanted to remain in Kallstadt, but Friedrich wasn't allowed to. The Kingdom of Bavaria, which controlled Palatinate at the time, declared that Friedrich had forfeited his citizenship by emigrating.

So the young couple sailed to the United States where, after a few years, Trump died. In order to provide for her children, Elisabeth founded the E. Trump & Son company, the foundations of what would later become a real estate empire.

"That's the house," says Romy Feuerbach, pointing to a modest building where Trump's ancestors lived. A deep-blue sign at the entry gate reads, "God sees everything, but my neighbor sees even more."

Feuerbach is a senior official in town. Her purple-rimmed glasses darken in the sun. When she talks about Kallstadt, the town's florists, the different organizations, she smiles. "This is still the kind of village where everyone looks out for each other," Feuerbach says. When the subject of Donald Trump is raised, she grows silent, saying she doesn't want to talk politics. "It's not that we don't care" about the town's celebrity connection, "we just don't make much of a fuss about it."

In Kallstadt today, the only place you can still find the Trump name is on gravestones. There is no information board about the family or any street named after them. Not too long ago, though, the village began rediscovering its past. 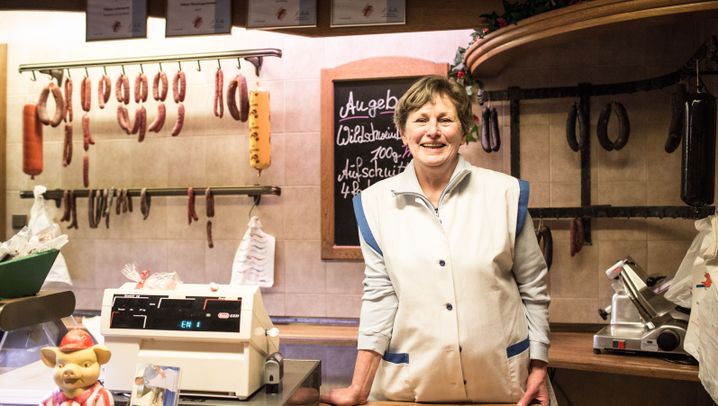 Young filmmaker Simone Wendel, who also happens to be a distant relative of the Trumps, made a documentary film about her hometown in 2014 called the "Kings of Kallstadt" that explored its most famous native sons. In addition to the Trumps, the billionaire Heinz ketchup family also hails from the village.

During the making of her film, Wendel traveled to New York to interview Trump. The billionaire apparently knew very little about his family's past and said he had never visited the village. After the war, he said his family claimed for a long time to have come from Sweden. But Trump did say in Wendel's film, "I love Kallstadt."

Many residents of Kallstadt have familial links to the Trumps. And some fear those links could become a burden if the Republican politician's vulgar remarks draw unwanted attention, particularly from rival villages. It is typical for the region that villages make fun of each other, and the surrounding settlements accuse people from Kallstadt of being braggarts. Residents are not happy that Trump is not exactly disproving that image.

"He's full of hot air," says one sales woman at a local butcher shop. "It doesn't fit with who we are," says another woman walking her dog. Of Trump's election campaign, vintner Weisenborn says it's "not something you always have to be proud of."

There is one man in town, though, who sees things a bit differently. Adolf Sauer, a 75-year-old with a mustache and white hair, lives just outside the village with his wife. Pewter plates are hung on the walls and a heavy oak cabinet stands in the corner. Sauer explains that he, too, has emigrants in his family. Even though they aren't related to the presidential candidate, Sauer says he likes the Trump story. He then holds a book in his hand that an American friend gave to him: "Crippled America," written by Trump.

Sauer isn't planning on reading it because he doesn't speak any English. But he still likes the idea that someone with a bit of Kallstadt in his blood is living the glamorous life in America, despite all Trump's escapades. After all, when people in Kallstadt do things, they tend to do them with great commitment, Sauer says. It's hardly surprising, he says, that some will find fame as a result. Finally, he adds, "I hope that Donald Trump becomes America's boss."