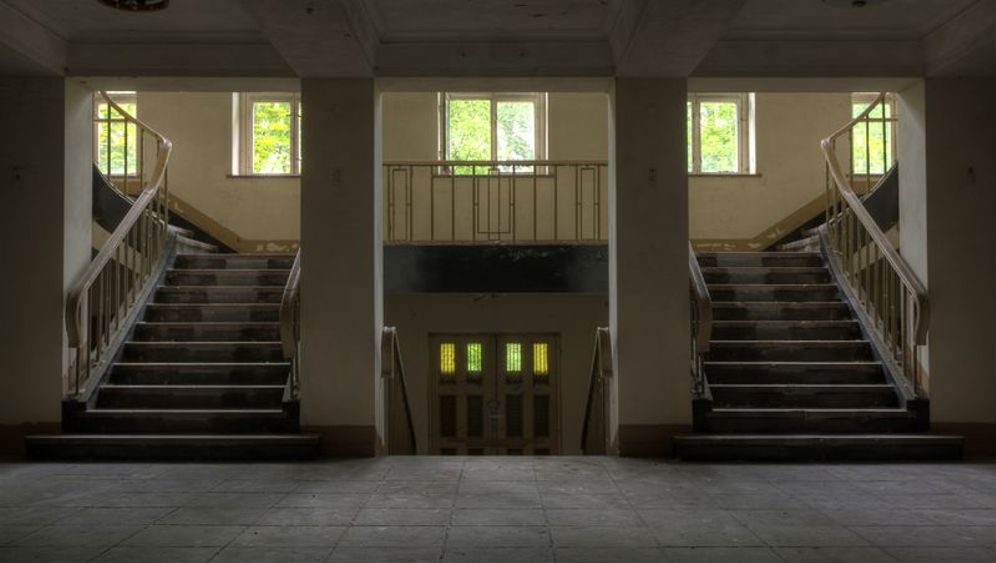 The statue of Lenin stares grimly across the overgrown parade ground in Wünsdorf, a small town 20 kilometers south of Berlin. But the last parade here happened long ago, and Lenin's stone features are weatherbeaten and covered in lichen. Nature has taken command in this deserted place.

Few people have heard of Wünsdorf, but it used to be the biggest military base in Europe. In the 1980s, when it was the headquarters of Soviet forces in communist East Germany, it had a population of 60,000, of whom 50,000 were soldiers. When the Soviet army left in 1994, the town's population shrank to 6,000.

Wünsdorf was a garrison town long before the Soviets moved in. During World War II, it was the headquarters of the high command of the German army. Its history as a military base dates back to before World War I.

Under the Soviets, Wünsdorf was closed off from the outside world and effectively became a Soviet city in the heart of Germany. It had its own bakeries, shops, schools, a theater and a hospital. It even had a direct railway link to Moscow, with a daily train service.

The Soviet army frowned on soldiers fraternizing with the local population. If a soldier was found to have struck up a friendship with a German woman, he was immediately transferred back to the Soviet Union or even dismissed from the military.

Walking around the empty rooms, halls and corridors, it takes some imagination to picture this rambling, deserted complex filled with thousands of people. But the forgotten place is strangely appealing.

The light falling on the faded pastel-colored walls and on the flaking paint of the doors give this military architecture a nostalgic atmosphere. Here and there, one finds objects left behind, such as a broken piano lying in the dust, its legs removed.

The Soviet army pulled out 17 years ago. In that time, the former military base of Wünsdorf has reverted to a civilian town. A local group runs a museum about the history of the place and offers tours. Most of the buildings remain unoccupied and are waiting for investors to find new uses for them.

Until that day, Comrade Lenin stands firm on his pedestal, intent on reminding passers-by of a very different era, not so long ago.