Most of the members of the governing body of the Odenwald School in Germany resigned over the weekend following revelations that at least 33 pupils were abused by eight teachers at the elite boarding school between 1966 and 1991.

The school near the town of Heppenheim in the western state of Hesse is not run by a Catholic organization. The allegations first became public three weeks ago at the same time as sexual abuse cases came to light at several Catholic high schools around the country.

Five of seven members of Odenwald's governing board stepped down on Saturday, leaving only the principal, Margarita Kaufmann, and the school's manager, Meto Salijevic, to run the school's affairs until a new board is elected on May 29. "The public pressure was too great," said , Sabine Richter-Ellermannthe chairwoman of the board.

The school has said 33 pupils were subjected to abuse and that eight former teachers have been accused, including Gerold Becker, who was principal at the school from 1972 until 1985. It has so far declined to confirm information gathered by SPIEGEL that 40 pupils were abused by 10 teachers. "We are still in the process of investigation," said Salijevic.

Kaufmann, the principal, said there will be "a comprehensive and transparent investigation" of the abuse cases and also promised to improve procedures for selecting teachers, enhance teacher training and reorganize its management. However, Thorsten Kahl, the lawyer of several abuse victims who were at the school, said Salijevic too should have resigned.

Salijevic was a member of the school's board in 1999, when the first suspected abuse cases emerged. "The fact that he didn't resign is a slap in the face for the victims," said Kahl.

Odenwald turns 100 next month and has a long list of famous former pupils, including Greens politician Daniel Cohn-Bendit and the author Klaus Mann. Andreas von Weizsäcker, the son of former German president Richard von Weizsäcker, also went to the school. Andreas died of cancer in 2008. His widow, Sabrina von Weizsäcker, told SPIEGEL: "Andreas knew about the incidents but did not count himself among the victims."

The abuse was first reported in 1998 when two former pupils sent the board a letter in which they accused Gerold Becker. The former principal did not deny the accusations and resigned from posts he still held in societies linked to the school.

The school admits today that it did not investigate the accusations rigorously enough. "Unfortunately we assumed these were isolated cases, appalling isolated cases," Sabine Richter-Ellermann, the board chairwoman who has just resigned, said in a statement. The board had neglected to stay in touch with the victims "and did not look for further victims." She added: "We are aware today that that was a mistake." 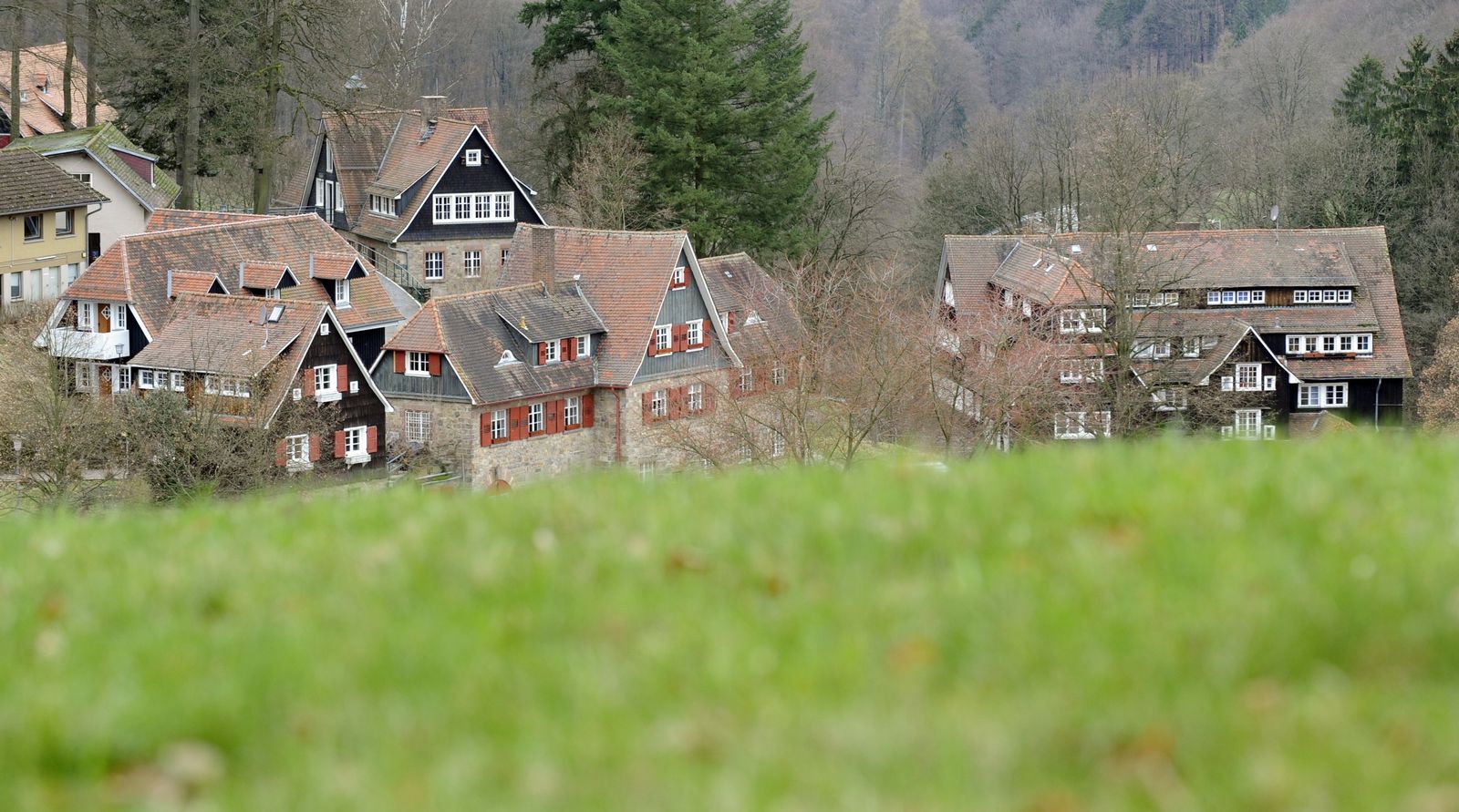 Germany's idyllic Odenwaldschule: Thirty-three pupils were allegedly abused by eight teachers between 1966 and 1991.