Germany is a country that has traditionally been obsessed with titles -- especially those of the academic variety. Any person with a doctorate is entitled to be addressed as Herr Doktor or Frau Doktor -- and generally speaking, that is what people do. But are all of those titles earned in a legitimate fashion? Most certainly are, but this weekend the public prosecutor in Cologne went public with its countrywide investigation into mass fraud. According to the prosecutor, more than 100 professors from across Germany are suspected of bestowing doctoral titles in exchange for bribes.

The scam involved an academic consulting firm in the Cologne suburb of Bergisch Gladbach that allegedly paid bribes to professors in order to help its clients obtain Ph.D.s more quickly.

But the story actually goes back decades. The last major step in the prosecutor's investigation came in March 2008, when investigators searched the main offices of the Institut für Wissenschaftsberatung ("Institute for Academic Consultancy") in Bergisch Gladbach and carried out boxes and boxes of contracts with its clients and associates within academia. What the well-known establishment did -- that is, giving a helpful boost to Ph.D. candidates -- was no secret in the university scene. But its legality was always a matter that aroused much suspicion. And now the professors are being accused of having possibly awarded Ph.D.s to unqualified candidates.

"We went through tons of material after the raid," Günther Feld, Cologne's senior public prosecutor, told reporters on Sunday. "And that is what produced the concrete suspicion against the people who have now been indicted." The majority of the suspects under investigation, academics from a wide range of fields, are freelance university instructors and lecturers and not professors holding long-term appointments.

The institute at the center of the investigation has been around for over 20 years and buys space in newspapers and trade magazines across Germany advertising its services in helping people obtain doctorate degrees. The company pledges to clients that it will help them find both a good topic to write a dissertation on and a professor well-suited for overseeing the dissertation work. The company can charge as much as €20,000 ($28,700) for these services, with a cut of €4,000 going to the professors. And that is where the illegal part of the arrangement arises: Since it is already part of a professor's job to oversee Ph.D. candidates, in effect, they were getting paid twice for the same job.

Martin D.*, who holds a Ph.D. in philosophy, is the institute's managing director. This is not his first run-in with the law. In July 2008, a regional court in the western city of Hildesheim sentenced D. to three and a half years in prison and slapped him with a €75,000 fine for bribery. The court found that he had introduced over 60 Ph.D. candidates to a law professor at the University of Hanover, whom he paid to accept the candidates. In many cases, the candidates didn't fulfill any of the prerequisites for pursuing a Ph.D. Germany's Federal Court of Justice confirmed the lower court's decision in May, ending any appeals D. might have. A court also convicted the law professor for accepting bribes. In one case, he actually admitted he had given a better evaluation to one female candidate in return for sexual favors.

Frank Grätz, the founder and long-time head of the institute, fared better. He escaped prosecution after being judged unfit to stand trial for health reasons. For many years, Grätz had been a vocal advocate for the institute and had always claimed that it provided genuine professional services -- including information on legal issues related to earning a Ph.D., access to databanks and literature research and contacts with potential Ph.D. advisers. Before the institute went bust and its Web site was shut down, it used to advertise online that: "We will help you find a professionally competent Ph.D. adviser (whether it is a full or an associate professor), who has a track record for being a successful and fair adviser and expert." To add to his institute's appeal, Grätz also advertised that he kept a "dissertation museum" and a prize for the shortest dissertation.

Manual René Theisen, a professor of business management at Munich's Ludwig Maximilian University, has had his eye on Grätz and other Ph.D. consulting services for a long time. As far back as the early 1990s, Theisen expressed his doubts about this kind of company's questionable business model. As he sees it, it is "absolutely idiotic" for someone to pay a whole lot of money for something they could already get for free. And he gets angry about the thought that someone's dissertation might not be proof of that person's academic achievements.

For many years, Theisen raged against this system -- alone and in vain. What's mind-boggling about all this is not the fact that there are now so many ongoing corruption investigations against professors. Instead, the truly astounding thing is that it took so long to get underway. As Theisen sees it, public prosecutors and university departments just "looked the other way" for too long. "Ph.D. consultancy has grown to become a genuine business sector," he says. "We're talking about millions of euros here."

For law-enforcement officials, finding clear proof of wrongdoing has been a bit of a problem because the Ph.D. consultants operate in a gray zone of sorts. For one thing, offering databank research for sale isn't necessarily illegal, nor is helping people make contact with potential Ph.D. advisers. The thing that really put the institute on the public prosecutor's radar was the fact that the institute was moving money around in the process of offering these services. The German Association of University Professors and Lecturers (DHV) has described this as "a practically impenetrable legal thicket." DHV spokesman Matthias Jarosch believes that the matter puts "the reputation of an entire profession into question."

That is pretty much how Annette Schavan, Germany's minister of education, sees it, too. On Sunday, Schavan said that if the accusations turn out to be true, the credibility of Germany's academic community could sustain major damage. "The public should be able to expect from universities that they handle the process of awarding Ph.D.s with the utmost diligence," Schavan said, adding that she backs the DHV's calls for stricter regulations on granting Ph.D.s. DHV managing director Michael Hartmer recently said on the public television show "MDR Sputnik" that it would be sensible to have people sign an affidavit claiming that they did not receive any unauthorized assistance while producing their dissertations because "it would have a deterrent effect."

The clients of the Ph.D. consultants are usually working academics who wanted to have a doctorate -- and were willing to pay for it. It's still unclear what consequences they might face as a result of the investigation, but Feld believes that there will be no legal ones. "Some media sources leave the impression that the institute's clients didn't even write dissertations," Feld told reporters. "But that's not right. The real issue is whether the professors were bribed to choose certain candidates." Feld adds that his office's investigations have shown that the majority of the institute's clients weren't aware of the element of bribery involved.

Ignorance Is No Dissertation Defense

Still, DHV managing director Michael Hartmer sees things differently. In his view, the clients should not be able to claim ignorance as an excuse. He notes that a simple Google search would have sufficed to clue the clients in on the shady nature of the Ph.D. consultancy business. And he believes that the clients might have their degrees annulled. "These people know that they obtained their titles through academic efforts that were not just their own and that they did so with the help of Ph.D. consultants," Hartmer told the German news agency DDP. "So it is totally clear: If they have already been awarded a Ph.D., they will be stripped of their title."

Still, the fact is that not every client succeeded in obtaining a Ph.D. In the case of the law professor at the University of Hanover, for example, only a handful of the 60 candidates he oversaw ultimately received their doctoral degree. When news of the scandal broke in March 2008, the University of Hanover promptly launched an investigation and invalidated nine of the doctoral degrees it had awarded, including ones for a judge and several civil servants and lawyers. The dean overseeing the law school there says, "We assume that all of the candidates -- and particularly all of the ones dealing with law -- knew what they were getting into." He adds that more investigations related to revoking degrees might be in the pipeline.

For the time being, Cologne's public prosecutor's office has chosen to refrain from announcing the particular places and people under investigation. According to a report by the German news magazine Focus, however, the investigation involves instructors at universities across Germany -- in Frankfurt, Tübingen, Leipzig, Rostock, Jena, Bayreuth, Ingolstadt, Hamburg, Hanover, Bielefeld, Hagen, Cologne and Berlin. Most of the universities have yet to make a public comment on the affair. However, officials at the University of Bayreuth have admitted to having promptly asked the prosecutor's office to provide information about which professors and Ph.D. students might be involved.

In the meantime, there are still plenty of shady companies to be found on the Internet that are eager to provide such services. Here a few choice examples:

* German privacy law forbids media sources from fully identifying individuals until they have been convicted of a crime. 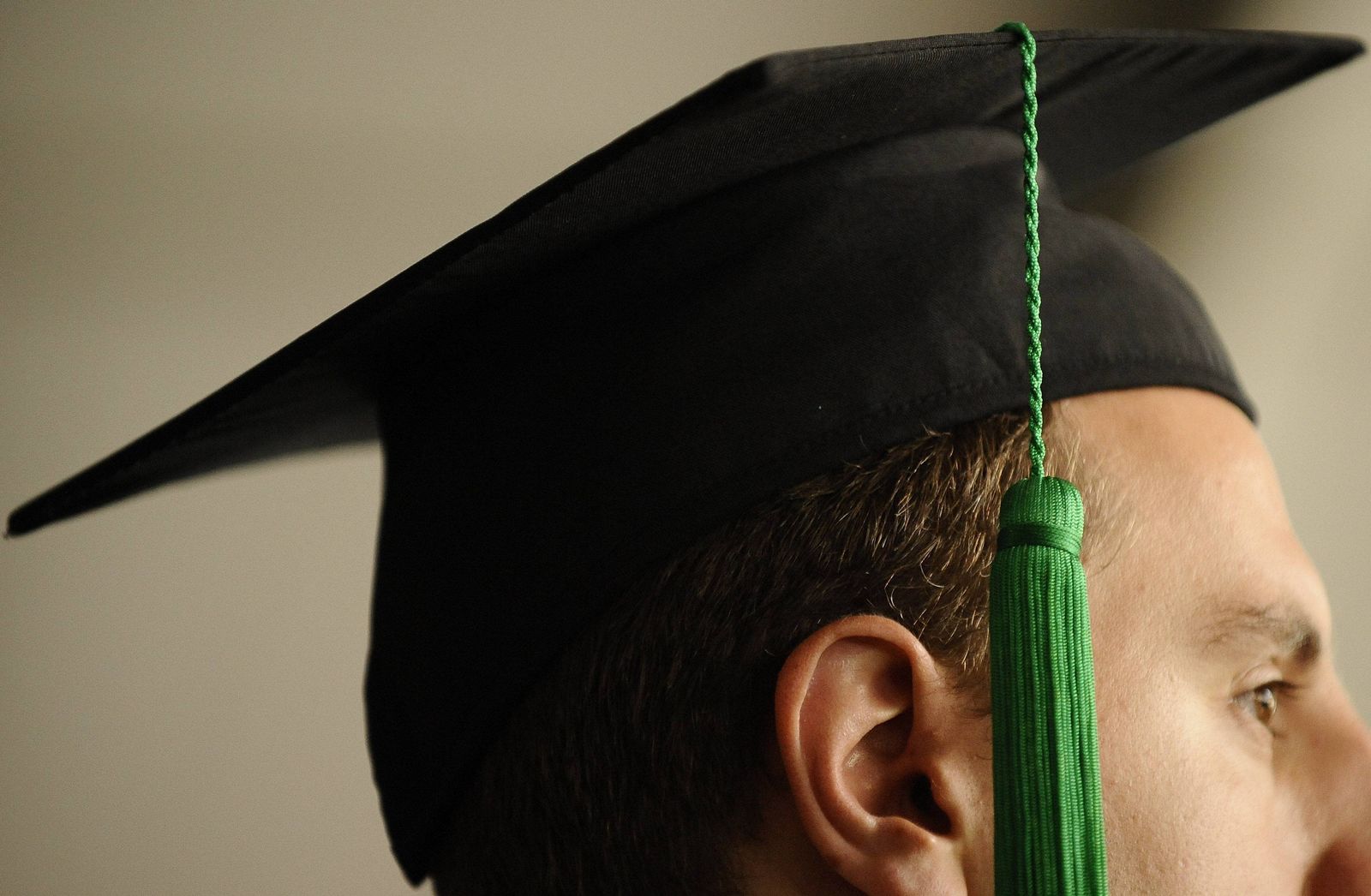