In the middle of one of the most child-friendly neighborhoods in Berlin, one café is bucking the trend. In what appears to be a first for the German capital, the Café Niesen in Prenzlauer Berg has established a child-free zone on its own premises.

The café, which Christine Wick has run since 2005, is located in a cul-de-sac near a park and is opposite a petting zoo, which makes it the perfect place for parents to grab a drink or snack together with their offspring. But as Wick told the Berlin tabloid B.Z.: "My regulars were not finding it peaceful."

"Recently there were more and more parents with children, which is why we rented a premises to serve as a special, separate area for adults only," Wick, who has a 9-year-old son herself, told the mass circulation Bild.

Some reviews of Café Niesen describe the place as "family friendly" -- no traffic in the street, plenty of room for kids to play in and offering child-sized snacks. Others, though, have noted the number of strollers parked outside and the screaming children within. "It is best in the mornings. Or in the evenings -- when all the little screamers of Prenzlauer Berg are safely tucked into bed," wrote Kristen Reinhardt in the daily Die Tageszeitung in 2008.

The café's new quiet room is marked with a sign reading "Only for Adults without Children." There is even a separate entrance so that adult patrons do not need navigate a traffic jam of strollers to get inside.

Wick told B.Z. that only a few of her customers have complained about the separate area. But, outside the confines of her café, concern is growing. For years now, Germany has been troubled by its low birth rate, with the government in Berlin doing its best to encourage its citizens to have more babies. As such, any kind of anti-child sentiment is unwelcome -- particularly in a neighborhood like Prenzlauer Berg, with its dense population of toddlers.

For Social Democrat Stefanie Winde, who sits in the Berlin state parliament, the new child-free zone is "not acceptable." "We are a society that is having fewer children," the politician, who was recently told off for breastfeeding her daughter while sitting in the first row during a parliamentary session, told Bild. "We need to be more tolerant." 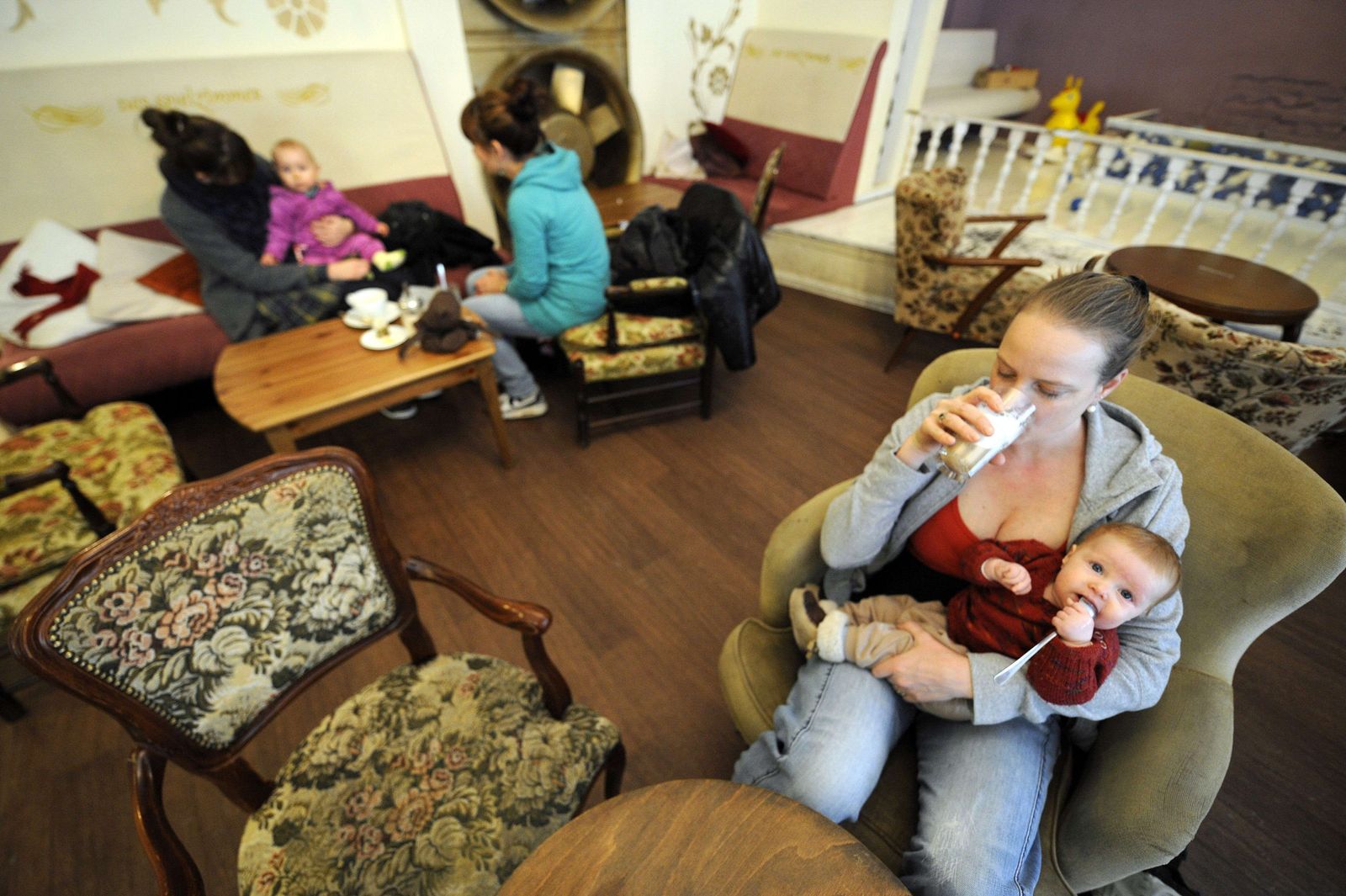 Some Berlin cafes have play rooms especially for younger patrons. Now, one Berlin café popular with families has established an adults-only area.