With less than a week to go before the German federal election, things are heating up on the campaign trail. For the right-wing populist Alternative for Germany (AfD) party, social media has become critical: By placing ads on Facebook, Twitter, Google and YouTube, the party is able to reach its supporters directly, enabling it to bypass a critical news media. The troubles already started with the signs by campaign manager Thor Kunkel with slogans like: "Burqas? We prefer bikinis."

As part of its digital campaign strategy, AfD has even brought on American consultants with the Harris Media advertising agency. The Texas consulting firm specializes in customers with "controversial" messages who range from Donald Trump and the gun lobby to France's far-right Front National. Their task is to adapt Kunkel's print campaign for the digital world. Two Harris employees have also embedded themselves in the digital "war room" inside the AfD's national headquarters in Berlin.

But it appears that the American pros are running into hurdles -- with one of the most important advertising platforms around. Officials with AfD have complained that Google is blocking large parts of its advertising campaign. "We aren't having difficulties with any other platform," said campaign manager Kunkel. He said that Facebook and Twitter are treating AfD like a normal customer. "But Google is sabotaging us, creating a disadvantage for us relative to our political competition."

The dispute shines a spotlight on the role the U.S. Internet giants are playing in the current German election. For the first time, the criteria used by major American internet platforms to decide on what paid political content can be disseminated to their users -- and what cannot -- is playing a central role in a German election.

Political advertising is a lucrative industry and in addition to the free services they have on offer, they have also been trying to market their paid advertising formats to the parties in recent months. With some success: This is the first German national election campaign in which online political marketing has played such a large role.

Practically all the political parties in Germany are paying to place ads with Google and other platforms. AfD campaign manager Kunkel said his party had been splitting its digital budget in equal parts between Google, Facebook and Twitter -- at least until the problems began with the search-engine giant. To advertise an anti-Angela Merkel website alone, the party had planned to spend a sum in the mid-five-figure euro range, Kunkel said.

The website in question, developed by Harris Media in accordance with Kunkel's guidelines, is at the heart of the AfD's digital strategy. The only indication that the site belongs to the AfD is buried on the imprint page, and the site's message is as ugly as it is tough -- and it is dedicated entirely to incumbent Chancellor Merkel, the AfD's favorite nemesis.

The site villifies Merkel as a "perjurer" and essentially as an accomplice to murder. The AfD strategists have created a montage and a spooky flickering black and white portrait of Merkel with the square around Berlin's Kaiser Wilhelm Memorial Church in the background, where an Islamic State-linked terrorist killed 12 people with a semi-truck in December 2016 and injured many more.

The right-wing party now wants to massively promote the website, which it launched on Sept. 11, on social media. But both Google and its subsidiary YouTube have objected to the site. A lengthy email exchange between Harris Media and Google's AdWords Team, which has been obtained by DER SPIEGEL, indicates that the dispute has been swelling for weeks.

AdWords' procedures enable companies or political parties to participate in an auction to place ads on certain search terms. As soon as their target group uses those search terms, the winning bidder's ads are then displayed for those users prominently in the form of either links or banner ads. These paid results in the results list are small and labeled with the term "ad."

The Harris Media documents indicate that the AfD has large sums of money at its disposal in order to place its anti-Merkel content on Google advertising channels as prominently as possible during the last stretch of the campaign. The plans include purchasing search terms, placing ad banners and running YouTube campaign spots. It also bought the rights to search terms on Google including "Angela Merkel" and "Kanzlerin Merkel," using the German word for "chancellor."

But for the last week -- an eternity as the election enters into the homestretch -- the right-wing populists have failed to drive the desired traffic to the anti-Merkel site. Instead, Google has sent a series of emails with "problem reports" or subject lines like "ad rejected." The party claims that the reasons provided constantly change, as do the contacts sending the messages, which are coming from higher and higher ranks in the company.

Most recently, the ad sales team wrote that the anti-Merkel site wasn't working correctly, a claim that employees at Harris Media were quickly able to disprove. Then they were told that statements made in the ad and on the website were inappropriate because they could "hoax the customer."

Finally, a further mail sent several days later stated that the text ad would now be unblocked for Google search results, but that the video ad and banner ad were still under review because they were believed to contain "dangerous and degrading" content that violate company police.

The AfD website is indeed quite degrading to Merkel, but in the past Harris Media has always been able to iron out similar problems its customers are having with placements on the Internet advertising platforms. The marketing company has a reputation for the aggressive messages and methods it uses on social media.

In the United States, the company has always been able to rectify similar situations within 24 hours, Kunkel said. He said the experienced Harris employees who were sent to Germany had already spent millions on advertising with Google and had "never before experienced" a dispute lasting more than a week, like the one between the AfD and the internet giant.

The AfD campaign chief believes that Google is conducting "inadmissible interference in the formation of political opinions here in Germany." He also said that Google did not agree to a meeting with the AfD in the run-up to the campaign, even though Facebook sent high-level representatives to meet with the party.

Contacted on Monday night, Google confirmed that the text ads have since been approved but that the video spot still hadn't been authorized. At the time this story posted online, the anti-Merkel site was indeed provided as the first paid search result for users who typed in the chancellor's name on Google in Germany.

Google says that its fundamental policy is that "any party certified in Germany can place ads on Google within the scope of our advertising regulations." But those regulations further state that all political ads placed on Google and destinations they link to must comply with the local campaign and election laws for any area the ads target.

Party officials at the AfD assume they are the subject of a politically motivated boycott and intend to respond with one of their own. The party is now planning on taking the money it had earmarked for ads on Google and instead spend it with Facebook. The AfD also plans to follow up its anti-Merkel campaign with online ads aimed at mobilizing voters in the final days of the election.

Campaign manager Kunkel is planning to expand the party's "Germans, Dare To Do It" campaign in the form of an online map of Germany upon which AfD supporters can drop pins. "It will show our potential voters that they are in no way alone in their immediate surroundings," Kunkel said.

Ultimately, the beneficiary of the dispute between the AfD and Google might be Facebook -- the same company that generated negative headlines in recent weeks for allowing ads to be placed for users interested in terms like "Jew haters." Just a few days before that, the company had been forced to admit that a company with ties to the Kremlin had succeeded in placing Facebook ads totaling around $100,000 during the U.S. election focusing on divisive domestic policy issues.

In response to a question about the company's meeting with AfD officials and its handling of the party's controversial ads, a spokesperson for Facebook said, "Facebook is a politically neutral platform and is available as a contact for all parties that are campaigning in Germany."

"There is absolutely no basis to the accusation of a political bias. All political parties that are certified in Germany can place ads on Google as long as they adhere to our regulations. We are rigorous in the application of these guidelines. All ads undergo an automated review process. The review of borderline cases can take longer." 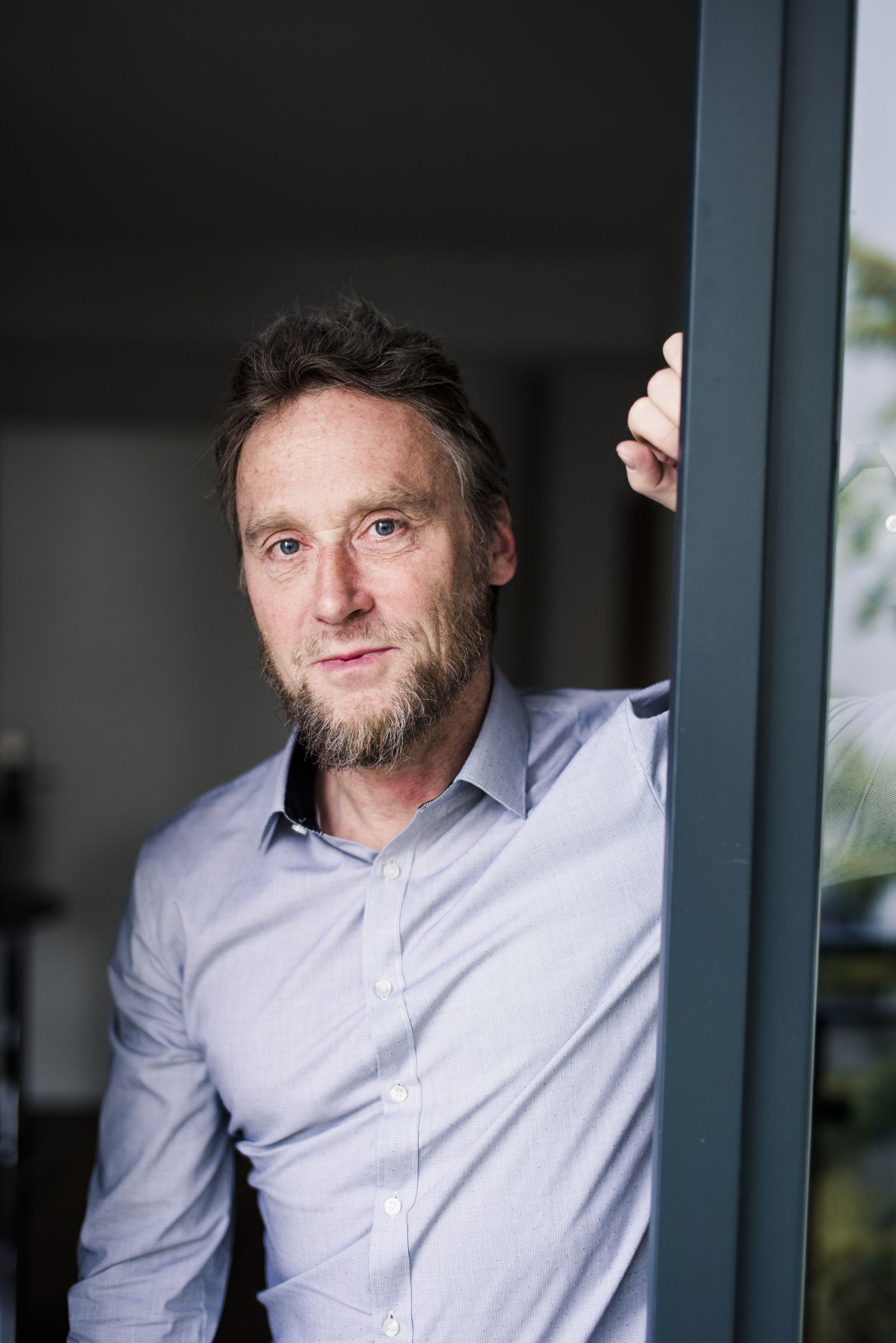 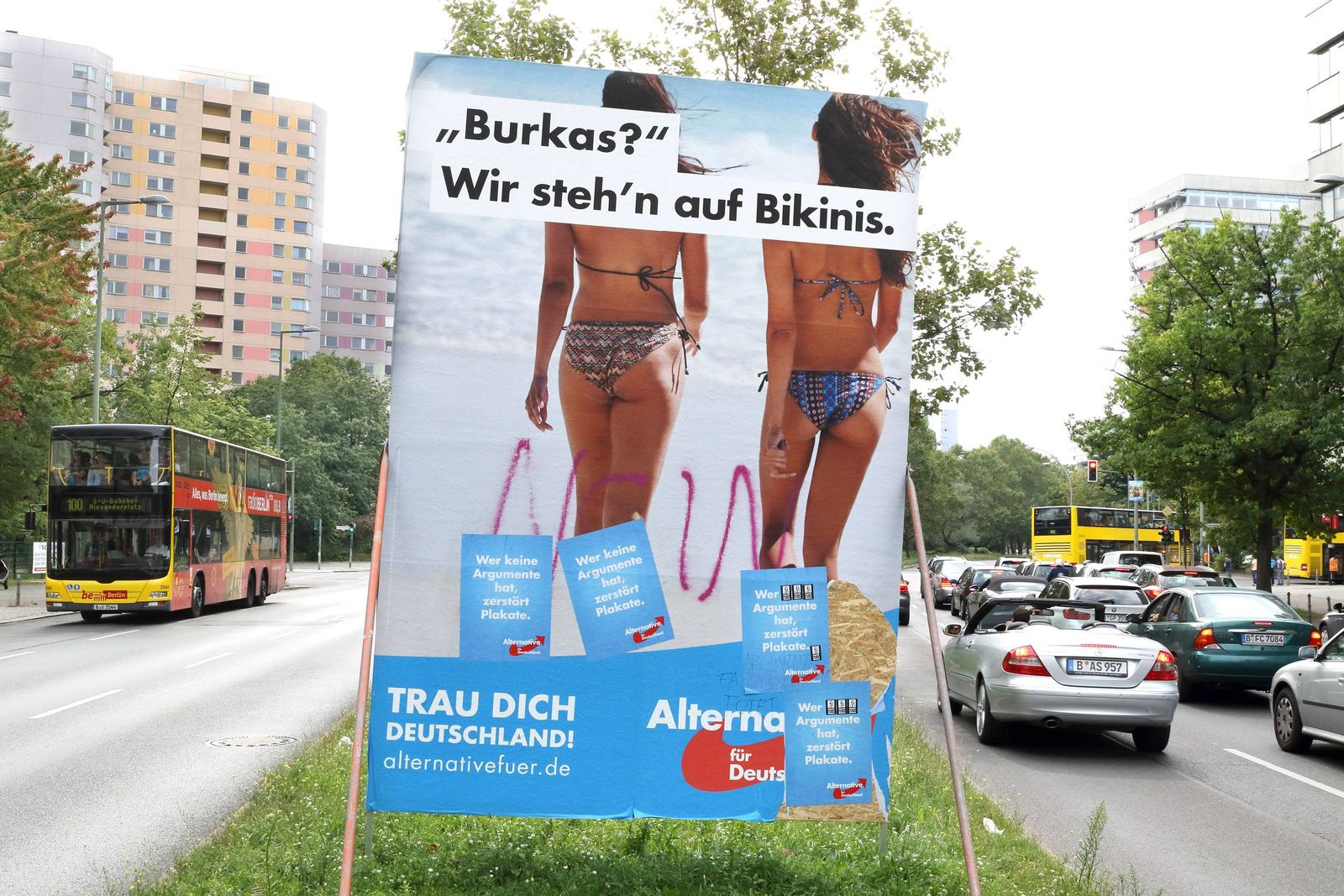