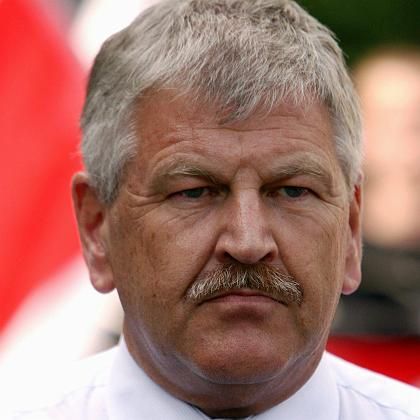 For an award with such laudable intentions, the Nobel Peace Prize has certainly had its fair share of controversy over the last century. As well as no-brainer winners such as Martin Luther King, Mother Teresa and the Dalai Lama, there have been more contentious laureates such as Palestine Liberation Organization leader Yasser Arafat, former Soviet leader Mikhail Gorbachev and former US Secretary of State Henry Kissinger.

But Adolf Hitler's secretary and deputy Rudolf Hess? The fact that the head of the far-right National Democratic Party of Germany (NPD), Udo Voigt, proposed Hess for the peace prize during a speech last Saturday to coincide with the 20th anniversary of Hess's death only confirms how twisted the worldview of right-wing extremists is. Apart from the fact that a leading Nazi was never a likely contender for a peace prize, nominations to the Nobel Peace Prize are by invitation only and nominees must be alive.

The eccentric proposal could now have unpleasant consequences for Voigt. German police in the eastern city of Jena said Friday they have charged the NPD leader with inciting racial hatred. If convicted, Voigt could face a jail term of up to three years or a fine.

There have been renewed calls this week for the NPD to be banned, following last Sunday's attack on eight Indians in a small Eastern German town.

Hess, who was captured in 1941 after he flew to Scotland with the intention of brokering a peace deal with the United Kingdom, was sentenced to life imprisonment at the Nuremberg trials and died in Spandau prison near Berlin in 1987.