Female customers shopping in Aldi, the German chain of discount supermarkets, were secretly filmed by branch managers, according to information obtained by SPIEGEL. The managers were especially interested in filming women in short skirts and and low-cut tops as they bent down to pick out items from refrigerator chests or shelves.

The films were burnt onto CDs and shared with fellow staff. This happened in Aldi stores in Frankfurt, Dieburg and elsewhere in the western state of Hesse. Aldi Süd, the firm managing the stores, declined comment specifically on the case but issued a statement saying: "Mistakes by an individual employee can't be ruled out."

The company, which also has stores in Britain, Australia and the US, is one of the two separate companies that make up the Aldi group. The company stated: "If an abuse becomes known to the management, such an event will immediately be investigated, forbidden and will result in appropriate disciplinary consequences."

According to information obtained by SPIEGEL, the group appears to have had entire stores, including check-out areas, under camera surveillance, even after a widely-reported snooping scandal at rival discounter Lidlin 2008, in which store detectives spied on staff.

Store detectives at Aldi were instructed to install mini camera systems "in suspicious cases," which is legally dubious. In addition, Aldi Süd positioned mobile miniature cameras not only in the sales area but also in places where staff don't come into any contact with customers and where there were no notices alerting people to camera surveillance.

SPIEGEL has learned that the discount retailer also monitored its warehouse staff and transport workers in its central storage facilities.

The German government's commissioner for privacy protection, Peter Schaar, criticized the practice: "If thefts can be prevented or solved through open measures, secret surveillance is forbidden."

Aldi Süd argues that cameras installed around cash registers are positioned in such a way "that the typing in of PIN numbers can in no circumstances be seen."

But images available to SPIEGEL clearly show the payment card machines into which customers type their PIN numbers. Aldi Süd also said mobile cameras "are only used to protect our staff, customers and suppliers from dangerous situations and hold-ups, for preventive purposes and to protect property."

Aldi Nord, the other company in the Aldi group, said it uses fixed or mobile cameras "only in exceptions in individual stores." It says cameras are only used "when very high thefts are being registered." Aldi Nord said it "strictly ruled out" the filming of cash registers and the entry of PIN numbers.

SPIEGEL reported the surveillance at Aldi as part of a cover story about the working practices within the group. Aldi pioneered discount supermarkets and is an internationally-known brand. 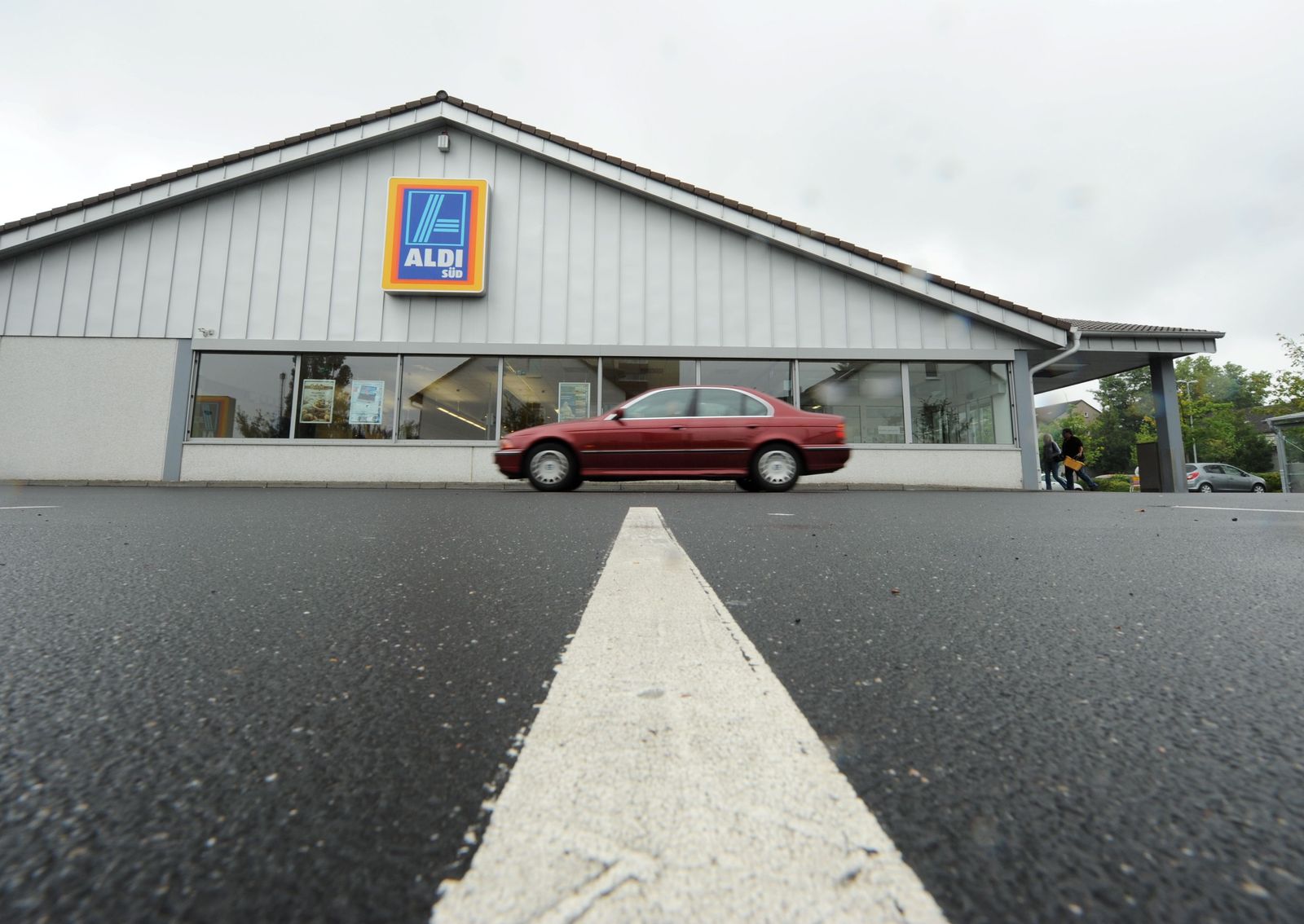 An Aldi discount supermarket in Frankfurt.