The Alternative for Germany (AfD) staff member brought along his entire political archive: More than 20 boxes full of books and file folders spanning almost 30 years of working in German parliament, the Bundestag. He carried them himself into his new office in the corridors of the AfD parliamentary group.

The man had previously worked for various politicians from the Christian Democratic Union (CDU), most recently for Erika Steinbach, a right-wing critic of Chancellor Angela Merkel. But Steinbach left the CDU in January and has thrown her support behind the right-wing populist AfD since then. For her former staffer, the new job is merely a logical extension of his previous work. "The AfD represents positions that I wrote up for my CDU lawmakers 30 years ago," he says. Still, the former Steinbach staffer doesn't want his name in print. "I still need to gently inform my friends and relatives of the change."

For the AfD, the experienced Bundestag veteran is a stroke of luck. The right-wing populists are desperately looking for people who will work for their 92 Bundestag deputies and to work in their parliamentary group office. But only a small number of the at least 400 positions have been filled, the result being that the AfD, which announced its intention to hunt down Merkel on election night, is spending much of its time hunting for office managers and staffers instead. Ads are being placed and consultants contacted, job boards are being combed through and bonuses offered.

But so far, even the most conservative of CDU staffers are hesitating to turn to a party whose candidates described their opponents as "traitors to the people" and encouraged voters to "take your country back."

One might think that the pool of potential staffers for the AfD would be big enough: the CDU and its Bavarian sister party, the Christian Social Union (CSU), together lost a total 65 seats in the Bundestag while the center-left Social Democrats (SPD) lost 40, a development that resulted in unemployment for hundreds of staff members. But the rules of supply and demand appear not to apply for the AfD. "Many of my former coworkers told me that they would rather become cleaners than switch to the AfD," says Steinbach's former staffer.

The party has turned to unconventional methods in its effort to attract people. In the Bundestag's intranet, for example, a digital bulletin board usually used for apartment offers and lost items, the populists have posted an ad headlined: "The AfD parliamentary group is looking for employees." There were no concrete qualifications listed, but those interested were encouraged to send application materials to an email address set up for the purpose.

In their desparation, many of the new parliamentarians are trying to lure people away from their own party's state parliamentary groups. This has ruffled feathers within the party, in part because the Bundestag lawmakers often approach the most talented people and are apparently even willing to pay cash as a reward. Some have begun speaking of "bounties," only half in jest.

To get up and running as quickly as possible, the right-wing populists are also approaching parliamentary staffers who are still working for the competitors. Since the election, even Social Democrats have noted that interest in their profiles on professional networks like LinkedIn and Xing has grown. And it didn't take long for two CDU employees to receive phone calls from a personnel consultant. The headhunter asked if they would be interested in a professional change, admitting that the job was with the AfD.

Gregor Strabel also recently received a phone call from the AfD, even though he is anything but supportive of the party. His former boss, a CDU politician from Saxony, after all, had lost his district to Frauke Petry, the erstwhile AfD leader who has since left the party. For Strabel, switching to the AfD is out of the question. Until recently, though, he was the spokesperson of an association of CDU parliamentary staffers and established an internal job board. He knows exactly which colleagues are now unemployed - information which the AfD also would like to now know. The caller asked him if he could put them in contact. For Strabel this was no problem: "I just need to ask the people ahead of time if they can imagine working for the AfD. It is not up to me to judge their decision."

Those who are still on the fence could potentially be richly rewarded for a switch to the AfD. According to the Bundestag grapevine, people with experience are supposedly being offered up to 8,000 euros per month, considerably more than normal. Every lawmaker has 21,000 euros (25,000 dollars) per month at his or her disposal to pay for staff. AfD lawmakers say they are willing to pool their resources and share staffers if they find the right candidates.

The AfD also faces another hurdle specific to its situation: Many of the right-wing lawmakers are firmly rooted in their grassroots and don't trust the leadership of their parliamentary group. As a result, a draft for the parliamentary group charter includes a condition allowing the Bundestag deputies to have a say in the hiring for "key positions." The leadership is only to be able to select a skeleton crew of 25 people. Since highly qualified applicants likely wouldn't enjoy having their CVs discussed in the parliamentary group's plenary assembly, key positions likely won't be filled for a while.

For Erika Steinbach's former employee, the switch to the AfD also represents a return to his professional roots: His new boss is Martin Hohmann, a former CDU representative -- for whom he has worked before. 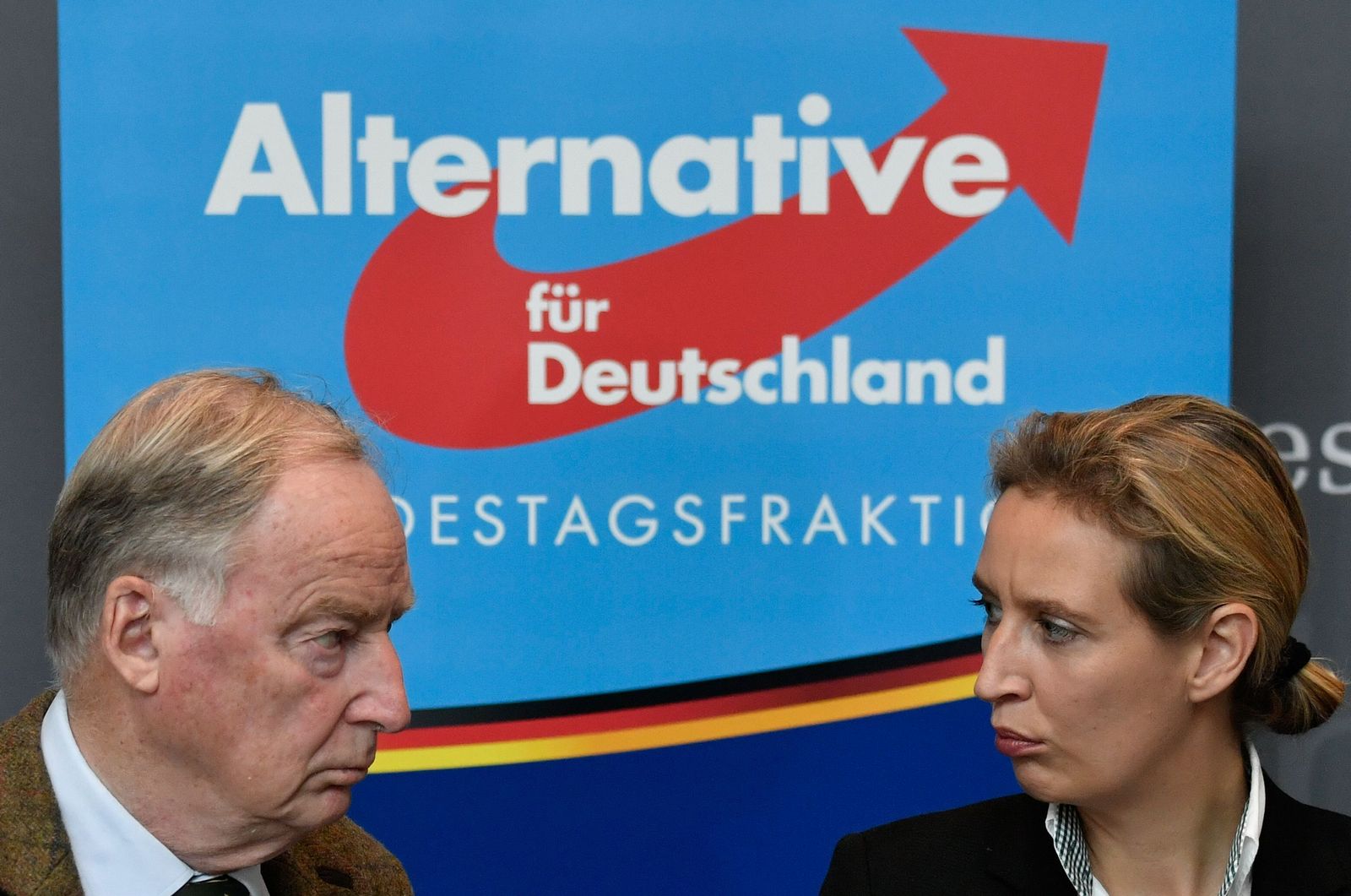