When a supposed Holocaust victim forgave a 93-year-old SS guard in a Hamburg court in November, the gesture made headlines around the world. Reporting by DER SPIEGEL subsequently showed that many of the statements made by the alleged victim were false. The joint plaintiff has now withdrawn from the trial.

Nevertheless, Peter Loth is still moved by his reconciliation with the accused, Bruno D., a former guard at the Stutthof concentration camp near Danzig, known today as Gdansk, Poland. "As for forgiving Mr. D.," it was something "I felt I needed to do," purported Holocaust survivor Loth wrote in a statement submitted to DER SPIEGEL. But the 76-year-old did express remorse about one thing, saying: "I realize now that I should have done it in private."

As reporting by DER SPIEGEL showed, however, Loth didn't really have any reason to forgive the guard at all. He had claimed that as a child, he was in the concentration camp at the same time as the defendant. But it appears that Loth, who was a joint plaintiff in the case, falsely portrayed significant parts of his life story in the proceedings against the former concentration camp guard. Documents show that Loth is not, as he has claimed, the grandson of a Jewish woman who was murdered by the Nazis in a gas chamber.

"True, To the Best of My Knowledge"

"Please accept my most sincere apologies for having caused any problems," Loth wrote in a statement dated Jan. 11, 2020. The court, he wrote, "must work for justice." The presiding judge in the case welcomed Loth's withdrawal. "The court had the immediate impression that this witness was no reliable," she said at the beginning of a hearing.

Although he is no longer a joint plaintiff, Loth still claims to have spent the past 20 years researching his family history to the best of his knowledge and that he shared the facts about his early life as he knows them to be. He also claimed that despite all the German documentation of what happened in the camps, there is much that wasn't written down. "All the things I said in the trial are true, to the best of my knowledge," he wrote.

Still, some of the claims about his background that would be easy to verify are dubious. There even appear to be errors in his petition to join the criminal trial as a joint plaintiff. In its reporting, DER SPIEGEL learned that the 76-year-old, who now hails from Port Charlotte, Florida, claimed in the petition that he had been tattooed in Stutthof as a child and that he later had it removed. But he didn't get tattooed at the Stutthof concentration camp, leading the court to conclude that his very petition to become a joint plaintiff had no credibility.

Lawyer Cornelius Nestler, who is representing joint plaintiff Judy Meisel, a Jewish survivor in the trial, blamed Loth's lawyers in court for negligence. "You should have known," he said. But Loth's legal counsel rejected the allegations. The lawyer responded that he didn't want to get into a dispute to "avoid weighing down the proceedings."

"A Media Circus of False Accusations"

In Loth's statement, however, the German-American also offered a bit of finger-pointing, accusing DER SPIEGEL of having ignored an article, on the basis of which he concluded that he had likely been the subject of Nazi experiments. He wrote of a "media circus of false accusations and facts against me." In fact, however, the article in question conflates the small town of Tiegenhof, where Loth was born, with the former "Gauheilanstalt Tiegenhof," a mental hospital of the same name located some 250 kilometers (150 miles) away. DER SPIEGEL took that confusion into account in its reporting and also showed that there are numerous other contradictions in the claims Loth has made about his past.

Documents from the local registrar's office in Dortmund and church register entries show that Loth comes from a non-Jewish German family whose members were all Protestants. There are also no references to Loth's alleged Jewish origins in the Stutthof concentration camp's admissions records. His mother had in fact been imprisoned there for a short time in March 1943 as prisoner number 20038. The reason noted in the register for her detention is "instructional arrest." It also lists her nationality as "R.D." for Reichsdeutsche, the term for a German citizen at the time. But she was not, as Loth had assumed, persecuted as a Jew.

When asked previously to comment on DER SPIEGEL's reporting, Loth's attorneys stated that their client "had spent his whole life searching for his true identity," but that "he often only had oral reports available to him. Unfortunately, many questions are still unanswered." 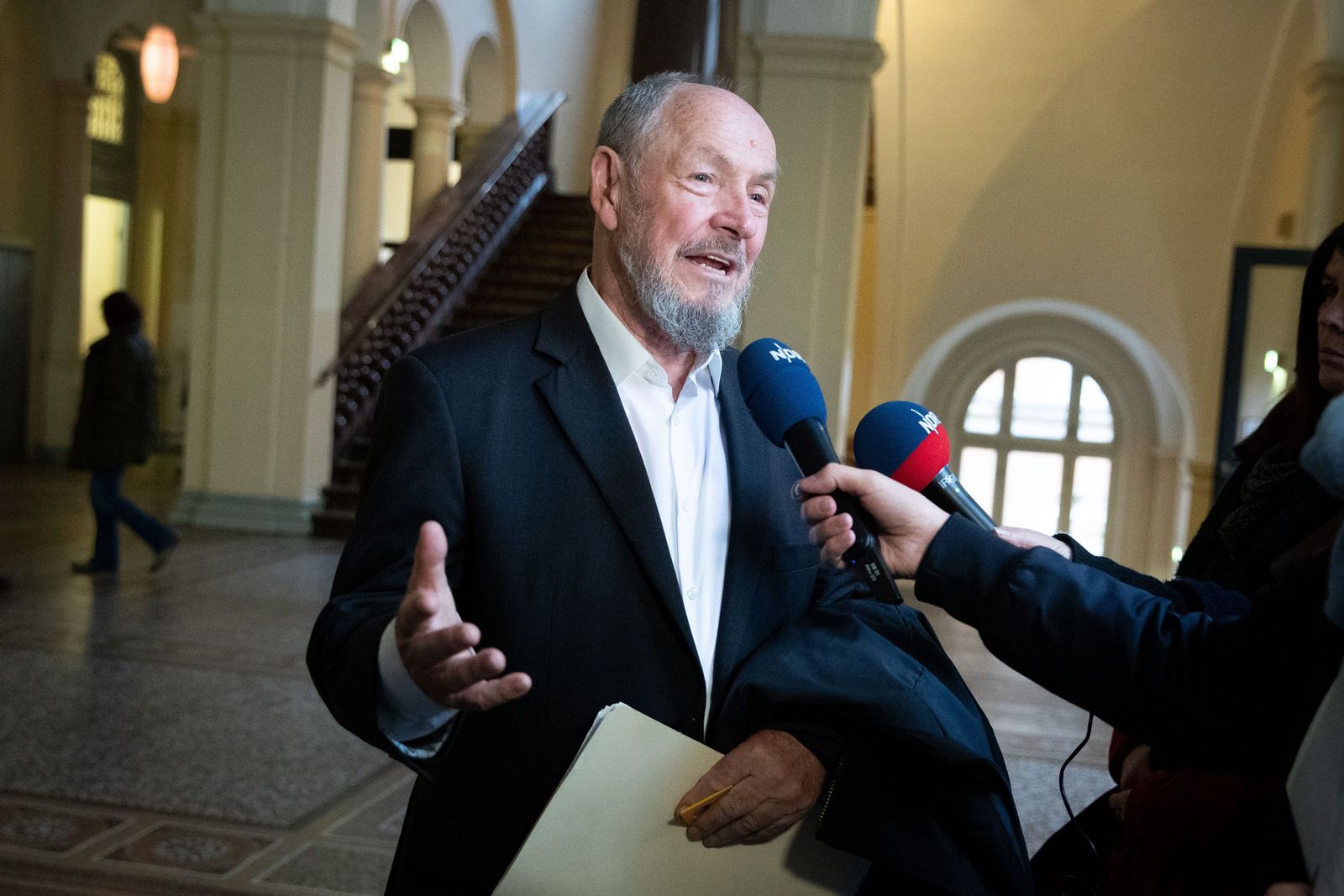 Peter Loth at the Hamburg district court: "I realize now that I should have done it in private," he says of his embrace of a former concentration camp guard.