When the going gets tough, Chancellor Angela Merkel is prone to making a quick U-turn. Last year's departure from nuclear energy weeks after the Fukushima accident is a prime example.

But Europeans hoping that mounting international opposition will make her drop her austerity plan to save the euro -- a policy that is causing so much pain in ailing economies like Greece and Spain -- are likely to be disappointed, say analysts in Germany.

The chancellor's personal approval ratings remain high, and opinion polls show the majority of Germans support her European strategy, which they see as the best way to limit the impact of the crisis on their personal finances.

An opinion poll for Stern magazine published last week showed that 59 percent of Germans are opposed to stimulating growth through new borrowing, and 61 believe that Merkel should stick to her position.

As long as that doesn't change, Merkel won't significantly soften her stance. Minor concessions are all France's new Socialist president François Hollande, due to meet her for the first time in Berlin on Tuesday evening, can expect, say analysts. The reinvigorated center-left opposition at home is also likely to get less than it wants.

"It would be wrong to see the vote as a signal of Merkel's twilight. Austerity and Europe played no role in the campaign," Manfred Güllner, head of the Forsa polling institute, told SPIEGEL ONLINE. "People are happy that she is doing something to prevent the European crisis from impacting their everyday lives."

"Ordinary voters aren't really aware of the massive criticism of Merkel's policy in other countries," Güllner continued. "And the Germans don't care whether the Greeks stay in the euro or leave it. If they quit the euro zone, no one will shed any tears about it."

The center-left Social Democrats emerged as the big winners in North Rhine-Westphalia and have been celebrating their success as a fresh sign that the tide is turning in Europe away from conservative governments and toward center-left leadership determined to do more to help economic growth and alleviate the pain of the crisis on ordinary people in Europe.

SPD Demanding Concessions, But Is Itself Divided

Emboldened by their success, the SPD and their allies, the Greens, are siding with Hollande in demanding that Merkel amend her European policy. They threw a spanner in the works on Tuesday, cancelling a planned parliamentary vote scheduled for May 25 to approve the fiscal pact that Merkel imposed on most of the EU to enshrine lasting budget discipline.

Merkel needs the support of the SPD and Greens to get the necessary two-thirds backing for the law.

"The timing put forward by the government is off the table," Frank-Walter Steinmeier, parliamentary floor leader of the SPD, told a news conference on Tuesday. He said the SPD would only vote in favor of the pact if measures to boost growth in Europe were added to it.

"We don't dispute the need for consolidation in Europe, but we dispute how this consolidation should be achieved. Growth must not collapse in the crisis, and the German government is ignoring this," said Steinmeier. He added that the EU must tap its structural funds and boost the capital of the European Investment Bank to stoke investment and growth in Europe. He also called for a tax on financial markets to raise funds so that growth could be stimulated without running up new debt.

However, the SPD has been divided on how far to go in opposing Merkel on the fiscal pact.

There is no question that Merkel faces a tougher time both at home and abroad, and that she is looking increasingly isolated after losing her main ally in Europe, Nicolas Sarkozy. But she will adapt and move on, as she has many times before, and her domestic support is likely to remain underpinned by Germany's continued strong economic performance, confirmed again on Tuesday with stronger-than-expected GDP data showing a 0.5 percent rise in the first quarter thanks to a surge in exports.

'Incredible Talent for Getting Herself Out of Trouble'

"She will have to adjust to the new balance of power, internationally with France and domestically as well, and that won't be possible without concessions," Bernhard Wessels, a political analyst at the Social Science Center (WZB) in Berlin, told SPIEGEL ONLINE.

But even the SPD won't dismantle the fiscal pact, which it essentially supports, said Wessels. "Merkel has an incredible talent for getting herself out of trouble, and she has already signalled she will agree to measures that help growth. She will keep her word."

The chancellor said on Monday that the North Rhine-Westphalia election had been a "bitter, painful defeat" for her party, but she signalled she would stand firm on austerity, saying: "It does not affect the work we have to do in Europe." Nobody in her government opposed growth, she said, but she added that growth measures mustn't bloat budget deficits.

The European tide is gradually shifting away from austerity, said Charles Grant, director of the Centre for European Reform in London.

"Most EU governments, the European Commission and the International Monetary Fund (IMF) now believe that some countries, notably Spain, will need more time to reduce their deficits," said Grant in a research note. "Merkel will find it hard to resist them all."

Merkel's biographer, Gerd Langguth, said Merkel is likely to offer Hollande an olive branch on Tuesday evening when he travels to Berlin for his first foreign visit after his inauguration.

"She will show a willingness to be flexible. But her current European policy is popular in Germany, otherwise her personal ratings wouldn't be so strong. No one in Germany wants the country to foot the bill for mistakes made by other countries," he told SPIEGEL ONLINE. 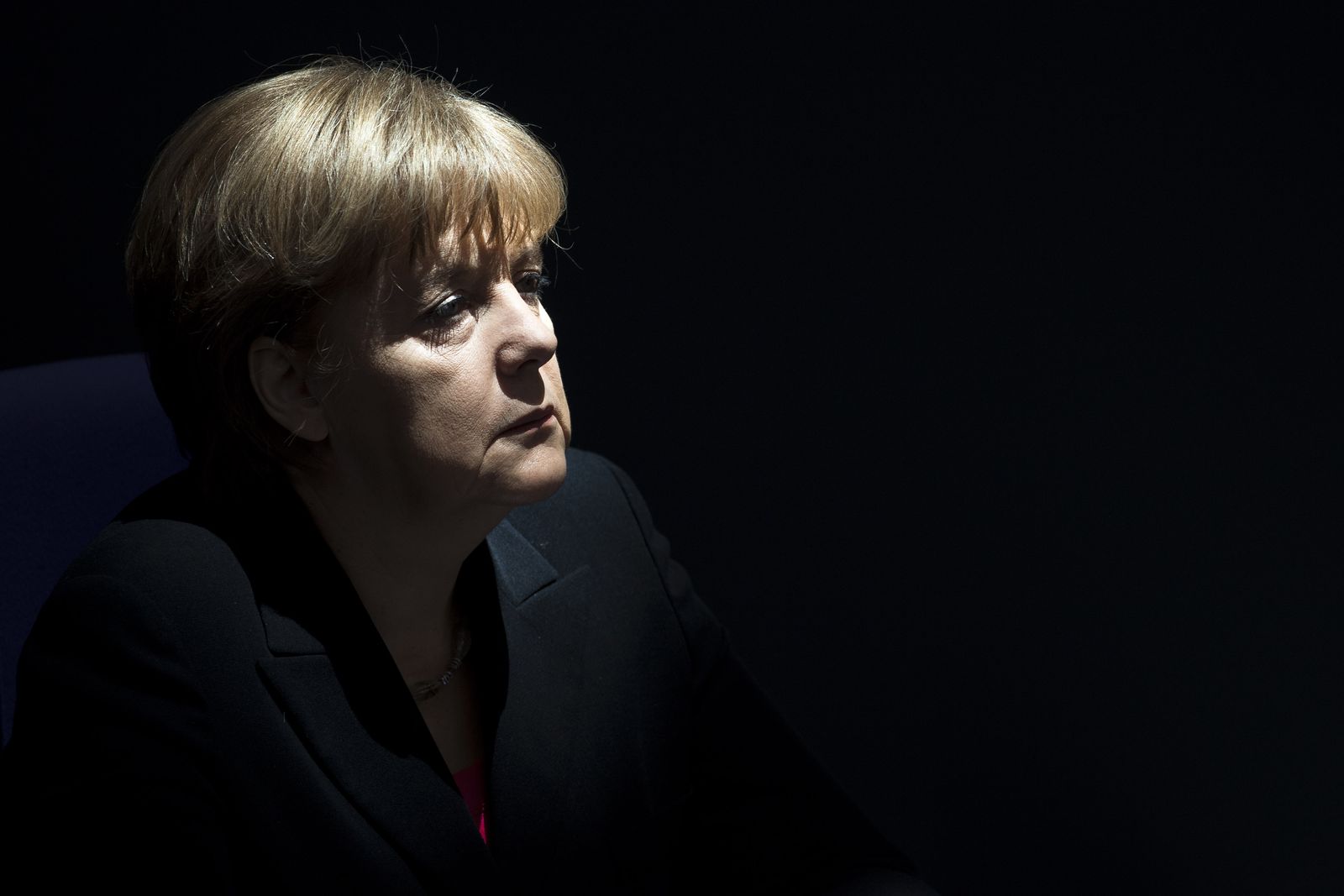 No U-turn this time.