The tax evasion probe into Uli Hoeness, the president of top German soccer club Bayern Munich, is potentially damaging to Chancellor Angela Merkel ahead of the September general election. Fighting tax evasion is one of the few campaign topics where the opposition center-left Social Democrats, fighting an uphill battle to oust her, look relatively strong.

That might explain why Merkel's spokesman, Steffen Seibert, distanced the chancellor so quickly from Hoeness at Monday's regular government news conference. "Many people are now disappointed in Uli Hoeness. The chancellor is among those people," he said.

Seibert's openness was striking, especially given that the spokesman for Finance Minister Wolfgang Schäuble declined to give any comment.

Merkel's swipe shows how seriously she takes the matter. She realizes that it could give fresh impetus to the public debate about tax fraud. To many voters, tax evasion has remained an abstract phenomenon, and even the exposure this month of a vast international web of tax evasion failed to substantially change that. But Hoeness has given the issue a famous face. It's become tangible, and it's made Merkel's government vulnerable.

It has brought initiatives like the stalled Swiss-German tax deal back into focus. The agreement would have allowed tax evaders to get off the hook by anonymously paying back tax, thereby sparing themselves prosecution.

But the center-left Social Democrats blocked the ratification of the tax deal in the upper house of parliament last November, arguing that it treated the offenders too leniently. They believe that the behavior of Hoeness has proved them right. He said he had turned himself in to his tax authority in January, when he had reportedly declared unpaid tax on interest income from an account in Switzerland's Bank Vontobel, because the tax treaty had been rejected. Under the deal, people could have escaped prosecution by paying taxes due on their assets held in Switzerland.

The Finance Ministy defended the tax deal on Monday. "It would have enabled us to not just catch the single fish but net the whole school," Finance Minister Wolfgang Schäuble's spokesman said. But there can be no doubt that Merkel's government is on the defensive on this issue.

The debate is a gift to the SPD because tax evasion is one of the few areas where it's offering a policy that differs significantly from Merkel's. The party, and especially its candidate for chancellor, Peer Steinbrück, have been trying for weeks to score badly needed points on the issue. The SPD is far behind the CDU in opinion polls, and at this stage many pollsters expect Merkel will cruise to a third term in September.

"Current events show how badly the government negotiated the tax agreement with Switzerland," Steinbrück said in a statement posted on his homepage.

The SPD is likely to be hoping that the Hoeness affair will run and run. There are indeed a number of open questions. It's unclear, for example, whether the Bavarian state government, led by the conservative Christian Social Union, the state's sister party to Merkel's Christian Democratic Union, knew about Hoeness' Swiss bank account before the state prosecutor's office launched its probe.

SPD and Greens in Bavaria have switched into full election campaign mode. The state will hold an election on September 15, a week before the general election. "We want to know who was informed when, and who passed on what information to whom," demanded the SPD's leader in the region, Florian Pronold.

"Hoeness is just the tip of the iceberg," said Eike Hallitzky, a lawmaker for the opposition Greens in the Bavarian state parliament. "I hope that many other celebrities will turn themselves in in the wake of Hoeness." 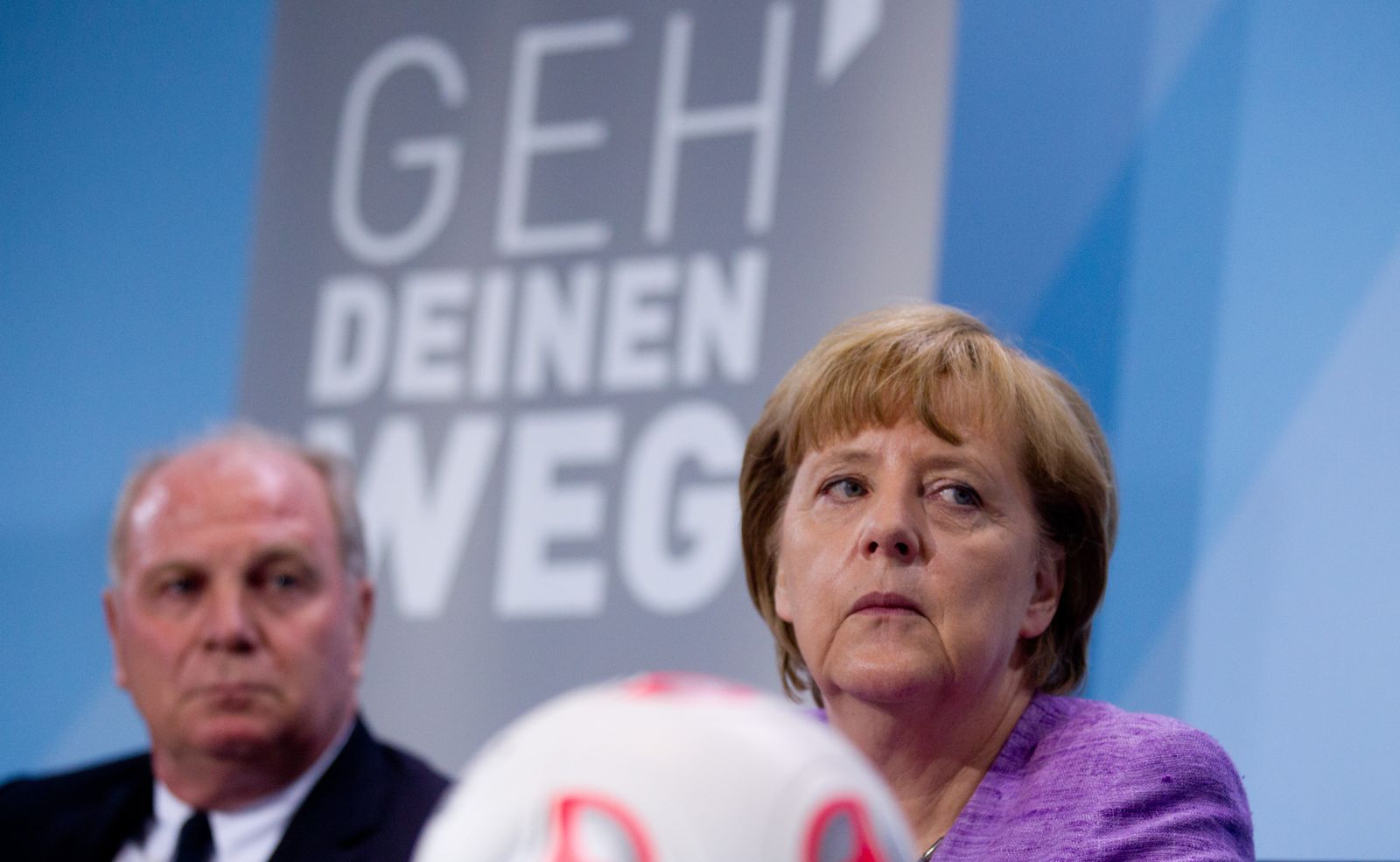 Uli Hoeness and Angela Merkel attend the launch of campaign to promote the integration of immigrants last year.