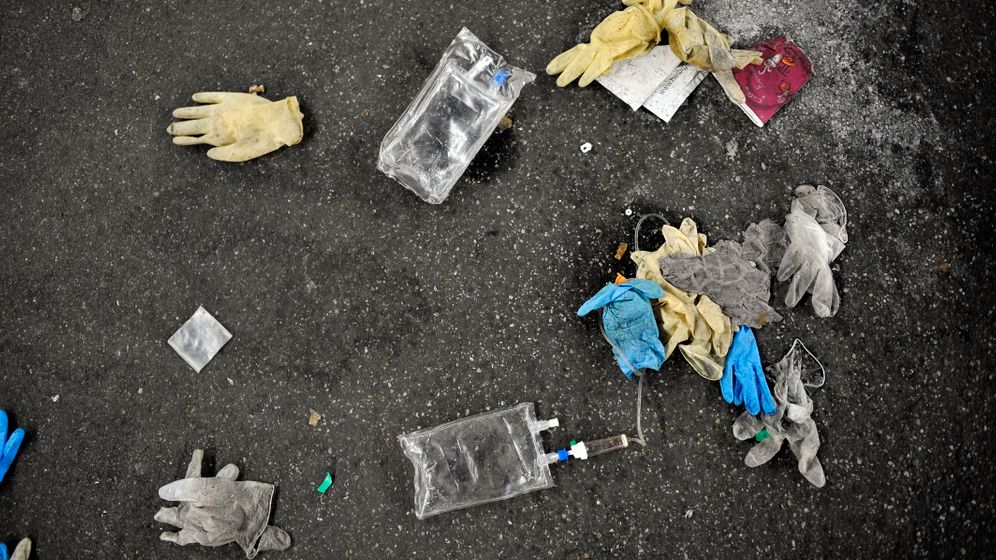 The death toll from Saturday's Love Parade disaster in Duisburg rose to 21 on Wednesday as a 25-year-old woman died of injuries she sustained in the crush, Duisburg state prosecutor Rolf Haverkamp said.

Meanwhile, the mayor of Duisburg, Adolf Sauerland, who has been the focus of a storm of criticism over the inadequate organization of the event, announced that he will not attend a memorial service for the victims this coming Saturday. A spokesman for the Duisburg city administration said the mayor didn't want to "hurt the feelings of relatives or provoke them with his presence." Security concerns are also believed to play a part in his decision. Media reports said there have been death threats against the mayor.

Four days after the disaster, Germany wants to know who is responsible. But politicians, the police force, the local administration and the organizers of the event aren't providing answers. Instead, they are blaming each other.

SPIEGEL ONLINE has reconstructed the grotesque aftermath of the event in which 21 people were killed and over 500 injured, crushed and trampled because the single entrance to the Love Parade, through a tunnel, turned into a lethal bottleneck and authorities had drastically underestimated the number of visitors.

The facts appear to refute what officials have been saying about almost all of the central questions relating to the Duisburg disaster:

Why Was There Such Congestion?

The organizer of the Love Parade, Rainer Schaller, who also runs the main sponsor, the McFit chain of fitness studios, has levelled serious accusations at the police. Schaller, 41, said the disaster was triggered by a "fatal order" given by police to open the western end of the tunnel. Before that the organizers had closed 10 out of 16 gates leading to the entrance because there had been a risk the festival could become overcrowded, Schaller said.

The Cologne police force, which has taken over the investigation, said criticism of their Duisburg colleagues was premature. "At this point we're not yet in a position to say what the trigger was for the whole thing. One cannot seriously determine it yet," a spokeswoman for the Cologne police said. "We would prefer it if Herr Schaller didn't engage in speculation."

Officers involved in policing the event told SPIEGEL ONLINE they had the impression that marshals checking guests at the entrance were overwhelmed by the size of the crowd and that this led to massive congestion back in the tunnel and on the ramp leading up from it to the festival ground on a former freight train station.

"Everyone was waiting for orders but none came," one of the 1,080 marshals told Bild newspaper. "Suddenly there were bodies everywhere. The emergency exits at the top of the ramp were only opened by the police when it was too late," the marshal said, according to Bild.

Did Communications Break Down?

Firemen and police officers on duty in Duisburg on Saturday said they had had problems with their analog radios. Communication between officers had been difficult at best, and at times impossible. Was there a communications breakdown? Did the officers at the entrances to the tunnel not know that people were being crushed on the ramp? So far no one wants to comment on these questions.

The radios "are in some cases so old that you can't even get spare parts for them," said Andreas Nowak, a member of the police federation for the state of North Rhine-Westphalia, where Duisburg is located. Officers repeatedly get in dead spots where they are out of range and can't be reached in emergencies. "Often officers take their private mobile because it's the only way to stay in touch," said Nowak. But the mobile phone network collapsed on Saturday, so that wouldn't have helped either.

How Big Was the Crowd?

The interior minister of the state of North Rhine-Westphalia said on Monday there had been 350,000 people in the town and 120,000 at the festival ground.

The figure of 1.4 million people in Duisburg given by Schaller and the mayor, Adolf Sauerland, on the day of the disaster was "mathematically impossible," said police spokesman van der Maat. It would have been impossible for so many people to get to the city in such a short timeframe with the transport options available, he said. And there wasn't enough space at the freight station to accommodate such a crowd, he added. The site is 230,000 square meters in size but half of that consists of buildings.

The police have a rule of thumb that up to four people can stand crammed together on one square meter. Aerial shots on Saturday showed that the festival ground was never completely full, so estimates of around 200,000 visitors seem plausible.

There have been wildly divergent estimates of visitor numbers at previous Love Parades too. In 2006 in Berlin, the organizers put the number of ravers at around 1.2 million. The estimate by police was 500,000.

In 2008, the city of Dortmund boasted that 1.6 million had flocked to its Love Parade -- a record. But that figure too was questioned. Dortmund newspapers put it at around half that number.

How Many Police Officers Were in Duisburg?

There's no agreement on the estimates of the number of police present in Duisburg on the fateful day. SPIEGEL ONLINE has learned that a total of 2,200 police were at the event. But the Interior Ministry of North Rhine-Westphalia has put the number at 4,000. The Duisburg police say it was 3,000. In any case, the number of officers on hand seems low in relation to the hundreds of thousands of visitors, especially because many of them are believed to have been intoxicated with drugs or alcohol. The atmosphere had been explosive from the start, one officer told SPIEGEL ONLINE. "Many ravers seemed high," he said.

One senior police officer from the city of Cologne who inspected the Duisburg site ahead of the festival told Express newspaper: "There were 12 to 13 inspections. And every time we went there we agreed that the plan would result in chaos, that people would be injured and killed," he said. But the warnings had been ignored. "We were always told that this wasn't up for discussion. The city administration was adamant that the Love Parade must go ahead."

According to newspaper reports, the head of the local fire brigade had warned the mayor in a letter in October 2009 that the site was "physically unsuitable" for an event of this size.

Michael Böcker, the chairman of the fire brigade union for the state of North Rhine-Westphalia, told SPIEGEL ONLINE: "The regulations regarding assembly sites were criminally ignored. The people who signed the approval are to blame."

Mayor Adolf Sauerland, who is now under police protection because of threats against him, told Rheinische Post newspaper on Tuesday: "I'm not aware of any warnings."

Accusations Against the Mayor

Internet news portal DerWesten.de reported on Tuesday that Sauerland had been informed of the misgivings of police four weeks before the Love Parade. The website published what it said were minutes of a meeting in which the objections of the administration are laid out in detail and which, the report said, was also sent to Sauerland.

According to DerWesten, the minutes document a meeting on June 18 between the Love Parade organizers, with the fire brigade, the local health and safety department and Wolfgang Rabe, Duisburg's top official in charge of health and safety. There was a row about the available escape routes. Rabe, the transcript indicates, put pressure on the construction planning office at the meeting. "Mr. Rabe said in this context that the mayor wants the event to take place and that a solution must be found for that. He didn't accept the demands of the construction planning office that the organizer should present a suitable concept," the transcript says, according to DerWesten.

The head of the construction office, Jürgen Dressler, wrote on the transcript that he rejected any responsibility for the event. "This in no way amounts to orderly administrative behavior and appropriate planning," he wrote by hand on the transcript.

A spokeswoman for the Duisburg city administration declined to comment on the transcript on Tuesday.

How Did the Victims Die?

According to Hannelore Kraft, the new governor of the state of North Rhine-Westphalia, all the victims were crushed to death. "All 20 victims (editor's note -- the death toll has since been revised up to 21) died of compression to the chest, of a crushed chest," she said on Tuesday. Those findings refuted initial claims that the deaths had been caused by falls from a narrow staircase leading up from the ramp. Sauerland had suggested that people had been killed by falling.