Angela Merkel is the wrong chancellor for what is coming. By the election in fall of 2017, she will have to change. Will she be able to? Is it even possible in the office that she holds?

History shows that it can be done. For seven years, Helmut Kohl did little in the Chancellery, but once the Berlin Wall fell, he energetically pursued German reunification. His successor Gerhard Schröder likewise seemed indecisive in the first four years of his tenure, until the economy began looking so miserable that he pushed through tough reforms against strong resistance from within his own party. Chancellors can be reborn in the face of monumental challenges. If they want.

The challenge facing Germany's next chancellor is at least as significant as the ones that faced Kohl and Schröder. The survival of liberal democracy is at stake; right-wing populists want to abolish it. Their goal, as far as it's known, is not that of getting rid of democracy entirely, but they are targeting its tolerant, inclusive Western form.

Merkel is aware of the great challenge facing our times and in fact speaks about it on a regular basis. That makes it all the more disturbing how uninspired and feeble her announcement of her candidacy for a fourth term was.

In a Sunday evening interview on public broadcaster ARD, Merkel said she remains curious and energetic and that she can apply her significant experience. All of that is well and good, but it's merely the foundation for successful leadership. She could have gone on to demonstrate that she was prepared to be the right chancellor for the challenge facing the country. But she didn't.

Get Out and Talk

The chancellor could have said: First, I have to change and I have to find a new way to speak with the German population. Second, I want to expand my political horizons and focus on the restoration of the state. Third, I want to use my reputation to gently steer other heads of state and government in the right direction, US president-elect Donald Trump first and foremost.

Merkel is still popular in Germany. Her governing style is cool, restrained, composed and conciliatory; she often remains silent on issues of import and doesn't like to take the lead, but she nevertheless exudes competence and reliability. She won over primarily liberal-minded Germans -- but she lost the others.

Around a fifth of Germans have an inclination for right-wing populism. The challenge is that of shrinking this share -- and under no circumstances can it be allowed to grow. That means that one has to get out and talk to these citizens, assuage their fears and offer them a future. They must be won back and returned to the fold of liberal democracy -- with passion and with myriad public appearances across the country, and not just in front of hand-picked audiences. When Gerhard Schröder was campaigning on behalf of his painful social welfare reform package known as Agenda 2010, he was pelted with eggs and shouted down. But he stood there and continued speaking.

Thus far in her political career, Merkel has pursued the disastrous strategy of asymmetrical demobilization: putting voters to sleep and hoping that on election day, more supporters of the center-left Social Democrats remain at home than supporters of her center-right Christian Democrats. It worked to her benefit, but others jumped into the vacuum that Merkel created and they have now gathered together in the right-wing populist party Alternative for Germany.

Things really aren't all that bad in Germany: The economy is growing and unemployment has dropped. Nevertheless, many Germans feel abandoned by the state. Elements of that feeling are rooted more in emotion than in concrete experience, such as the inscrutability of globalization and the fear of refugees even though there may not be any in one's immediate environment. But here too, engagement with those who harbor such fears is vital.

But there is more to it than that. The state must do a better job of taking care of its citizens. During her tenure, Merkel has launched two large projects: the shift from nuclear power and fossil fuels to renewable energies and the balancing of the German budget. Both of them are sensible, but the advantages they may bring aren't palpable to the people of Germany. Instead, they see the poor condition of their schools, the lack of police on the streets, the large gaps in public transportation and the dearth of doctors in rural areas. A large project affecting day-to-day life is missing -- the restoration of a state that focuses on transportation, healthcare, security and education. The better their education, the more people profit from liberal democracy.

The balanced budget is a great thing, but there are more important priorities. If there is no room in the budget for a grand project aimed at improving people's lives, then perhaps it wouldn't hurt to carefully adjust priorities. That surely isn't too high a price to pay to shore up liberal democracy.

Beyond Germany's shores, Merkel has already taken the first step by listing her conditions for cooperation with Donald Trump. On the day after his election victory, she said she would be prepared to work with him on the basis of common values such as democracy, liberty, respect of the law and human dignity. It was a good initial message. Next, though, she must extend her hand across the Atlantic and speak with Trump, seek to exert an influence on him and use his narcissism and instability on behalf of liberal democracy and her own interests, including tolerance, free trade and human rights. The better Merkel is able to unify the European Union, the stronger she will be in her dealings with Trump.

These are immense challenges. Merkel could also meet them -- but she'll have to change first. 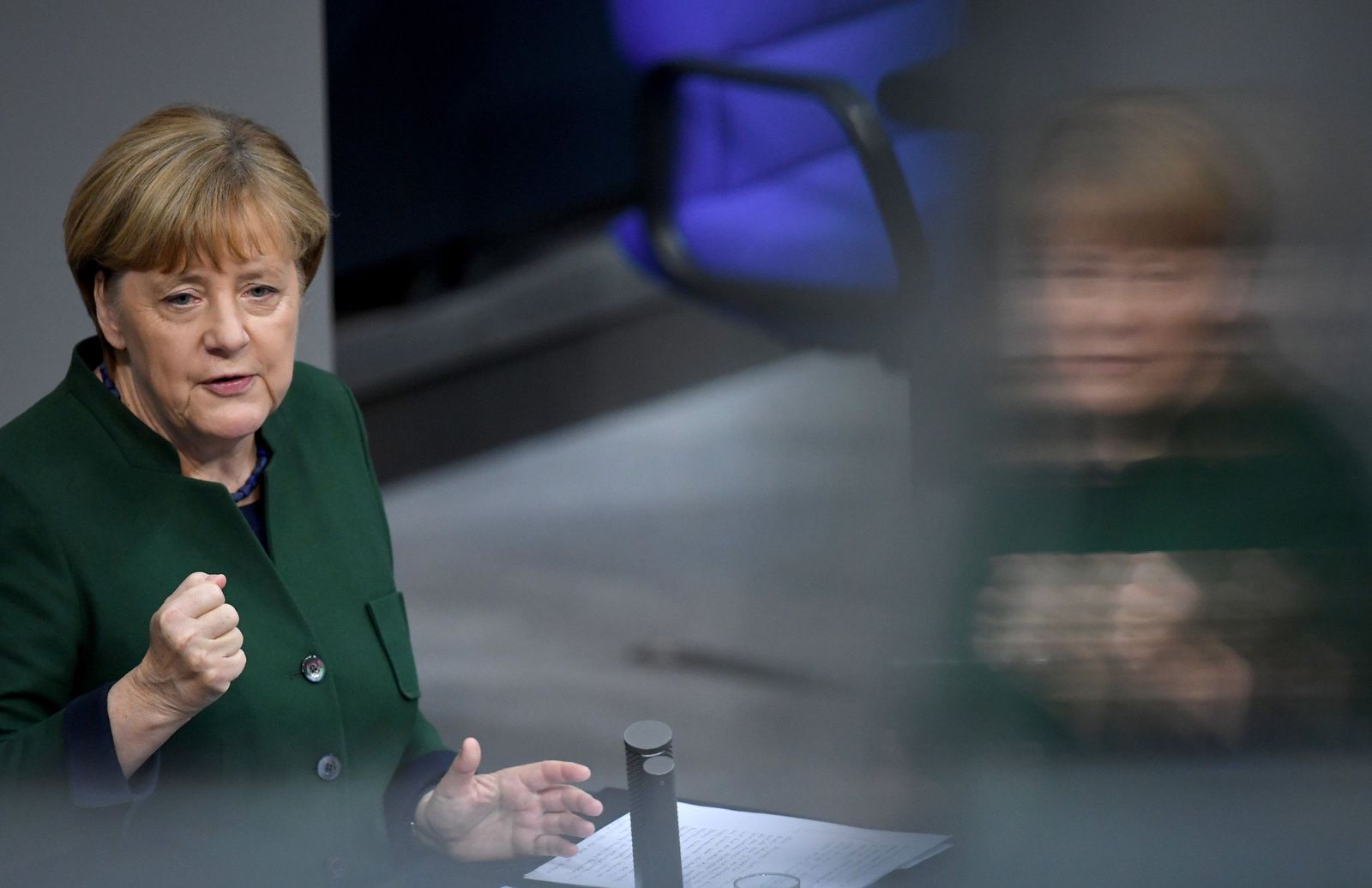