Many in Chancellor Angela Merkel's conservative Christian Democratic Union party are unhappy about Germany's growing commitment to euro bailout packages and fear that the nation is being locked into a "transfer union" in which German taxpayers will end up bankrolling high-debt nations that got themselves into trouble through their own profligacy.

The dissatisfaction is dangerous for the chancellor because it could put her parliamentary majority at risk in a crucial September vote on the July 21 agreement by euro zone leaders to widen the scope of the €440 billion ($637 billion) euro rescue fund.

Klaus-Peter Wilsch, a member of parliament for the CDU, is among the most vocal critics of Merkel's euro policy, and says dozens of fellow MPs feel the same way. "I know from personal conversations that there is great dissatisfaction among 30 to 40 conservative MPs," he says.

Wilsch has said he will vote against the new euro measures because the increased powers being assigned to the European Financial Stability Facility (EFSF) would be a step towards introducing euro bonds.

Merkel will try to calm nerves on Tuesday night when she meets with conservative parliamentarians to woo their support for the legislation. She has repeatedly made clear in recent weeks that she is opposed to euro bonds, which some senior EU officials and high-debt countries including Italy have been calling for as a way to stabilize debt markets.

Pressure in EU, Pressure at Home

In Europe, she is under pressure to do more to help the beleaguered single currency. In Germany, her center-right coalition and the public are increasingly worried that Germany has put its own economic prospects at risk by signing up to the various bailout measures.

Concern about the debt crisis hit consumer spending in the second quarter and is one reason why German GDP growth fell to just 0.1 percent quarter-on-quarter, from 1.3 percent in the previous three months, economists said.

If coalition rebels were to deprive Merkel of her own parliamentary majority in the vote, due to take place in late September, it would be a massive political blow that may force her to call an early election.

Merkel plans to regain the confidence of her party with a series of regional conferences, congresses and election campaign appearances in the run-up to two state votes, in Mecklenburg Western-Pomerania on Sept. 4 and in the city-state of Berlin on Sept 18.

Her party has been hit by regional election defeats in Hamburg and, more significantly, in the core CDU bastion of Baden-Württemberg this year.

CDU Falling Out of Love With Merkel

The male-dominated, Catholic, western-German CDU once feted itself for having chosen a Protestant woman from the former communist east as its leader. Merkel was seen as representing a more modern, big-city conservatism. But state election losses and the euro crisis are threatening to drive a wedge between her and her party.

Rank-and-file party members didn't like Merkel's U-turns on nuclear policy and on military conscription, and several senior CDU officials have indirectly criticized her leadership style in recent months. "We must explain better and more quickly, why we're doing what," said the CDU governor of the state of Hesse, Volker Bouffier.

Opinion pollsters say the CDU is haemorrhaging core voters. According to the Electoral Research Group, a polling institute, one million elderly conservative supporters of the CDU and its Bavarian sister party, the Christian Social Union, died between the general elections of 2005 and 2009 -- and the party isn't attracting enough new supporters to make up for the loss.

At present, the conservatives' support remains stable at between 32 and 34 percent, similar to the result they achieved in the 2009 election.

But that is largely due to voters from the pro-business FDP, the ailing junior partner in Merkel's coalition, switching over to the CDU. If those disgruntled FDP voters are taken out of the equation, conservative support stands at just 28.5 percent. 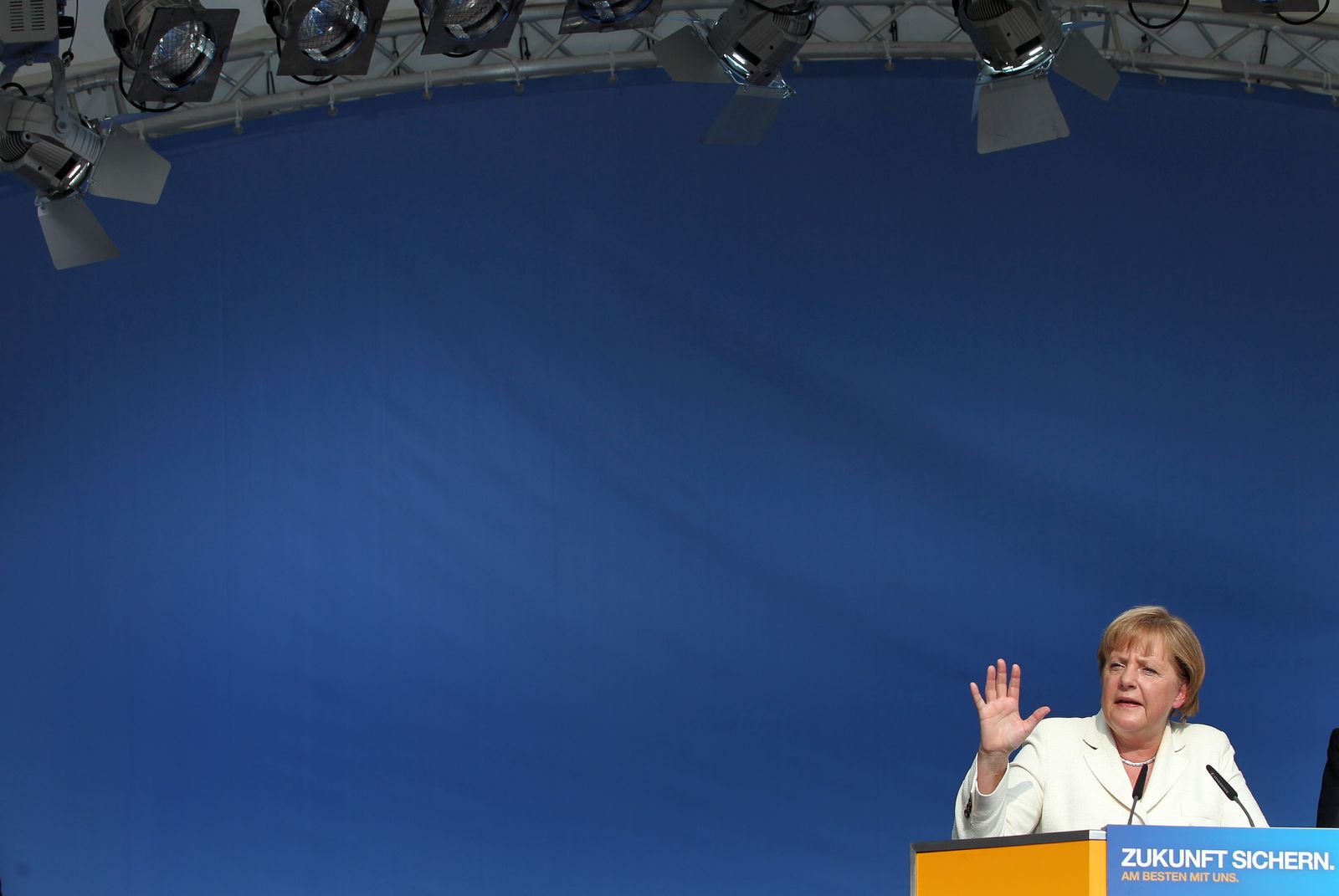 Merkel's party is growing unhappy with her management of the euro crisis.