Since last year's discovery of a neo-Nazi terrorist group that allegedly killed 10 people over a period of seven years, a number of grave errors by investigators have emerged. These revelations have recently led to resignations by top law enforcement figures, the latest of which came on Wednesday.

In a surprise announcement, the interior minister of the eastern state of Saxony said that Reinhard Boos, head of the state's domestic intelligence agency, had asked to be replaced by August 1 as a consequence of mistakes made under his watch.

Germany is still trying to understand just how the far-right group could have committed their brutal crimes for so long with impunity, and Boos is the third high-level intelligence figure to leave his position over the scandal. Last week, Heinz Fromm, the president of the Federal Office for the Protection of the Constitution, the national domestic intelligence agency, stepped down after it emerged that documents relating to the investigation had been shredded while he was in charge. And the eastern state of Thuringia, where the terrorist group had its roots, has also sent its domestic intelligence chief Thomas Sippel into early retirement.

Germany's security services have come under fire for their handling of the probe into the National Socialist Underground (NSU) terrorist organization, also known as the Zwickau cell because they were based in that city. The case came to light by chance last November following a botched bank robbery.

The trio that made up the NSU, apparently aided by a network of helpers, allegedly shot dead nine small businessmen of Turkish and Greek origin and one German policewoman in a killing spree that lasted from 2000 to 2007. They are also believed to have injured more than 20 people in two bomb attacks on people of Turkish descent and committed over a dozen bank robberies.

Authorities have had to admit that their investigations were hampered by a lack of coordination, and that they made crucial mistakes. Criticism only intensified following the recent discovery that an official at the Office for the Protection of the Constitution shredded files relating to the NSU.

In an address on Wednesday to Saxony's state parliament, state Interior Minister Markus Ulbig also spoke of striking errors made by individuals within the agency. According to Ulbig, transcripts of telephone conversations wiretapped by the intelligence agency in 1998 have only recently come to light, though in the past he has said that Saxony had already made all related documents public.

Though the telephone surveillance was documented in reports to Saxony's parliamentary control commission, news that transcripts exist is new. Their content, however, remains unclear.

Disciplinary action has been taken against employees of Saxony's intelligence agency, and Boos deeply regrets the situation, Ulbig said, adding that he would accept the intelligence chief's resignation with a "heavy heart."

"In the last months (Boos) gave his personal word that this would be cleared up openly, truthfully and thoroughly," Ulbig said. "That's why he is deeply disappointed by this incident. Under these conditions he can no longer lead the agency with the necessary trust."

Ulbrig went on to say that the newly discovered files would be passed on the federal and state committees looking into the matter, in addition to appointing an independent expert to accompany the investigation.

The state of Saxony, where the right-wing extremist Zwickau cell hid for years, feels a special responsibility in clarifying how officials failed to catch the group earlier. But until now, Saxon officials have found no fault with their law enforcement authorities in an investigation into the case. 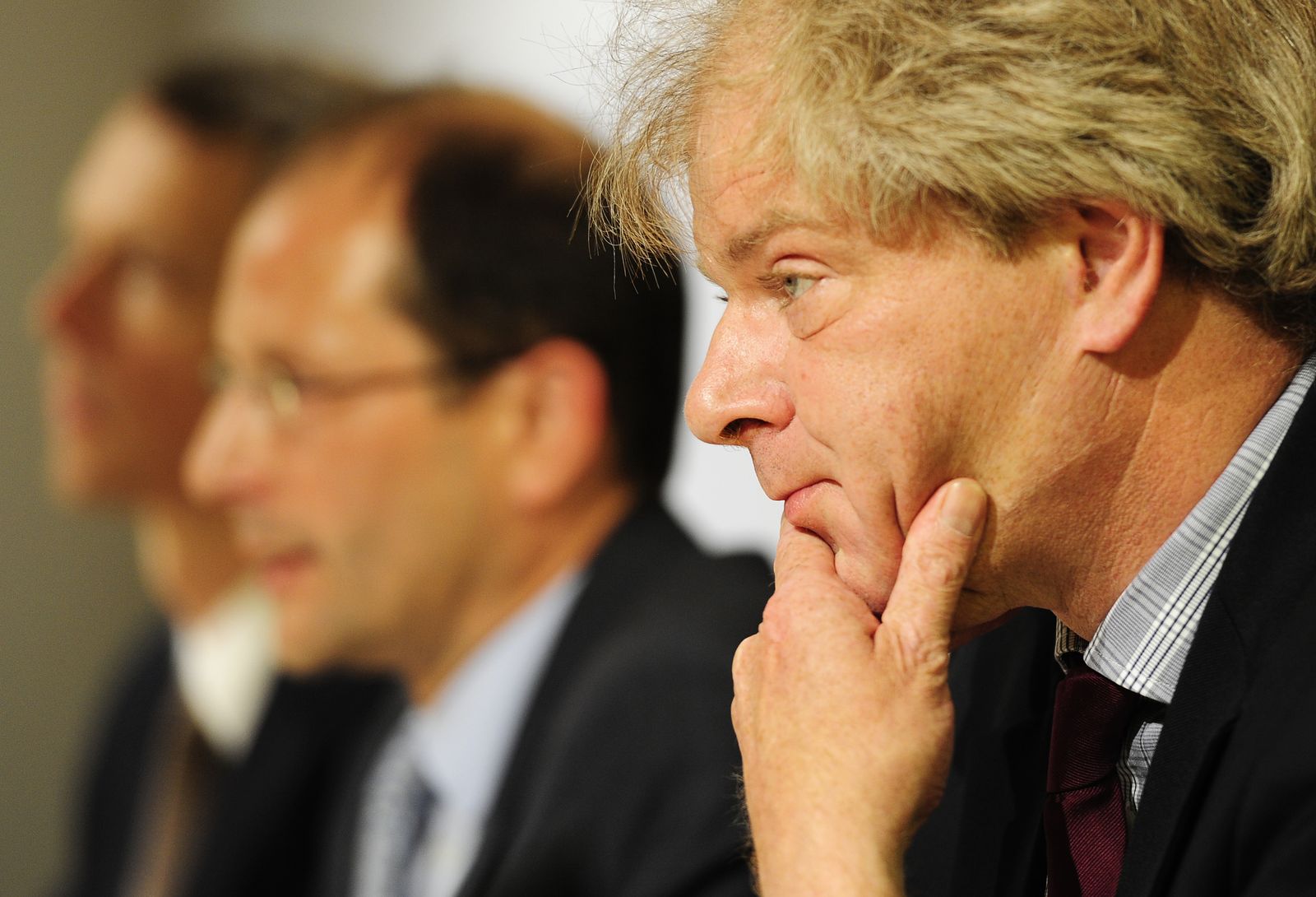 Saxony's domestic intelligence chief Reinhard Boos, who resigned on Wednesday, during the presentation of the state's intelligence report last week in Dresden.