Last week, the Alternative for Germany (AFD) party began a campaign to feature party members who are immigrants or the children of immigrants. A photo of Fatih Sarikaya, a naturalized Hamburg policeman who was born in Turkey, was superimposed with the words "As a German citizen and immigrant, I fully support the AFD." Wearing a blue checkered shirt and standing in front of a garden hedge, he could hardly have looked any more German. "Have the courage to believe in Germany! Have the courage to embrace your national identity," Sarikaya encouraged members of the social network.

The message is clear: The German political party that opposes the euro can't be considered to be right-wing populist if its members include immigrants. AFD embraces diversity! The advertising campaign is the cornerstone of a new strategy being pursued by AFD founder Bernd Lucke and other party leaders in the final days before Sunday's elections for the European Parliament. Numerous reports have labelled AFD as a racist, religious fundamentalist and even right-wing populist party, but Lucke appears to be taking pains to ensure that voters aren't scared away.

Previously, party leaders didn't seem to care much what the "mainstream media" reported, but it appears that Lucke has shifted positions. He doesn't want upstanding AFD voters to have to be ashamed when discussing who they vote for at tea parties, the Rotary Club or the local golf course. The truth, however, is that the party has only polished its façade. It hasn't done anything to change its real positions.

This week, the party is suddenly putting women and gay supporters in the spotlight. The party has announced the establishment of a national working group for gay and lesbian issues. "I think it's great," Lucke announced earlier this week via his spokesperson. He also met with the founders of the group. Previously, Lucke had been better known for his critical tone against gays. When German football player Thomas Hitzlsperger came out as a gay man earlier this year, Lucke said he would have preferred to see him commit to family values.

AFD also recently created a network of female supporters called "Erna." In order to avoid alienating female voters, the AFD head even drafted political guidelines that were approved by the party base in a membership survey. The only policies toward women the party had previously announced were its fight against "gender mainstreaming" and gender quotas in the work place. Now, suddenly, AFD claims it wants to "eliminate existing disadvantages" for working women.

Party insiders suspect that Dorothea Lucke, who is also very active in the party, convinced her husband to try shifting perceptions. Friends within the party say the economist was concerned that AFD's antiquated positions could prove unattractive for women. It is also reported that she held secret meetings with a circle of women in the party at which they discussed family policy issues, like expanding Germany's daycare system and also ways of reforming the country's tax breaks for married couples.

Party leaders even tested the new, touchy-feelier course on the Wahl-O-Mat, a Web service used by thousands of voters that suggests which party they should support based on a series of issues-based questions. In order to participate on the Wahl-O-Mat, political parties are required to answer a long list of questions about their positions on numerous issues.

AFD changed some of its answers at the last minute -- and some sound like they have been adjusted in fishy ways, like the question about religion. Since establishing their party last year, the euro opponents have consistently wooed ultra-religious supporters and have also promoted a Christian network within the party. But on the Wahl-O-Mat, the answer provided by AFD on the question of whether the European Union should be considered a community of Christian values, is that it is "neutral," because there are other values than those of the Western world in the EU.

This could in fact lead the AFD to rank more positively for many users. AFD also says it supports organ donations without the permission of the deceased, a position for which there is by no means majority support within the party. The new strategy of openness also appears to be working, with AFD at the 7 percent mark in recent polls.

Anger In the Party Base

But this week's moves have also angered the party base. For many in the party, tolerance towards gays and lesbians and foreigners is precisely the kind of political correctness that drove them away from the country's established mainstream parties. Party chief Lucke's in-box has been filled with protest mails. "I joined AFD because of positive statements made about family values," wrote Hermann S. of Bad Säckingen near the Swiss border. If there really is a working group for gay and lesbian issues, he wrote, "then I would announce my withdrawal from the party as a Christian on the basis of my conscience."

A male member of AFD from the state of Saarland wrote that he found it "perverse to make such aberrances socially acceptable." More radical elements of AFD also find the party's watered down tone on women's issues to be "bad tricks." Members have disparaged the initiators of the Erna women's network as "gender lunatics" and warned against "turning AFD into a female organization with feminist goals behind men's backs."

Of course, it is very unlikely the women's network is going to take over power of the party anytime soon. Instead, the party's administrative office has stripped the woman of responsibility for maintaining the Erna Facebook fan page. After all, you can never be too safe.

And party leaders were only able to come up with five potential candidates out of a total membership of 18,000 people for its publicity campaign to drum up support among immigrants. The party's commissioner for integration, Bouchra Nagla, a Muslim woman, rejected the offer. She has been fighting with colleagues for months over the party's position on Islam. Procedures are in progress to remove her from the party. 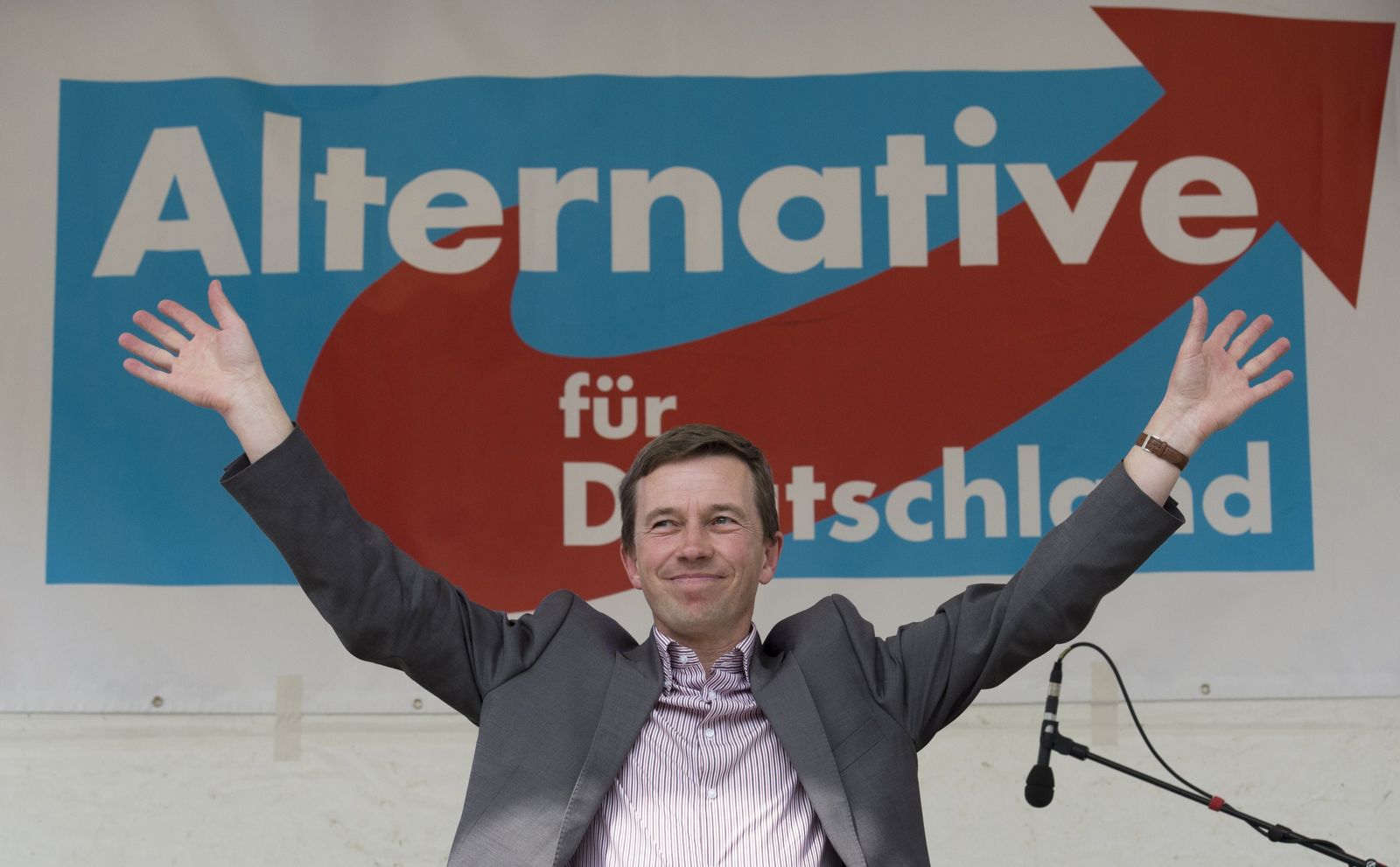 Alternative for Germany founder Bernd Lucke: Is the party opening itself up to anyone who isn't a straight white man?