Officially founded only six months ago, the anti-euro party Alternative for Germany is facing its first acid test -- one that's forcing it to consider scrapping its regional campaign efforts altogether.

Largely a single-issue party, Alternative for Germany (AfD) formed in opposition to Germany's membership in the common-currency euro zone. But now, left-wing critics of the party -- from far-left anti-fascist anarchists to the mainstream Green Party -- are accusing it of peddling in xenophobic and nationalistic sentiments. In recent weeks, AfD campaigners have received threatening phone calls, been subjected to verbal abuse and -- in some cases -- physical attacks.

Though the AfD has complained of such incidents in a number of cities including Berlin, Lübeck and Nuremberg, the party points to a particularly brutal confrontation at a campaign stand in the eastern town of Göttingen last week. The local police were forced to break up a dispute between the AfD and members of the Green Youth -- the youth wing of Germany's Green Party -- subsequently installing 40 officers at the stand to make sure that the violence was kept at bay.

The party made waves earlier this year, when it launched an agenda that included dissolving the euro currency and returning powers from Brussels to individual member states. Though commentators at the time interpreted the party's rapidly swelling ranks as an indication of Germany's changing political landscape, AfD has failed to make significant progress since.

'Slap in the Face'

In response to the threats, the Göttingen-based chapter of the anti-euro party is considering whether to scrap its campaign efforts in the region. In a statement, party leader Bernd Lucke described the attacks as a "slap in the face for every person who supports democracy." Party spokeswoman Frauke Petry went even further in her condemnation of the attacks, comparing the situation in the western state of Lower Saxony, where Göttingen is located, to the conditions in the Weimar Republic, which were characterized by chaotically fractured party politics.

Indeed, the events that have unfolded since an initial altercation at a party conference on August 1 have been somewhat anarchic. Last week, local police were "only just" able to intercept attempts by Göttingen-based activists to set fire to an AfD member's garage, which reportedly contained a car filled with campaign materials.

Followers of the anti-euro party were photographed, filmed and verbally taunted in the street, and in several cases, their cars were vandalized -- mostly those featuring AfD campaign messages. Local pub and restaurant owners even denied the party access to their amenities for fear of attracting a violence-prone crowd.

Social media appeals to take action against the party's rhetoric, which the Green Youth describe on their website as "right-wing, racist, nationalist, anti-semitic and Islamophobic," started gaining momentum weeks ago. As Germany's Frankfurter Allgemeine Zeitung newspaper noted, "Göttingen has long been considered a center of 'leftist' Black Bloc and 'anti-fascistic' endeavors." The paper said the Green Youth's decision to get involved suggests it may be helping the far-left scene in fighting AfD.

Though the party intentionally avoids labelling itself as left- or right-wing, the German media has in recent months taken to portraying it as one of several right-wing populist parties eating into the voter base of conservative Chancellor Angela Merkel's Christian Democrats. The party found itself in the hot seat in June, when a photo one of its officials, Lennard Rudolph, started trending on Facebook. In it, he is seen on a bicycle, raising his hand in what looks like a Nazi salute. Rudolph denied any far-right affiliation and claimed that the distribution of the photo was part of a far-left smear campaign. 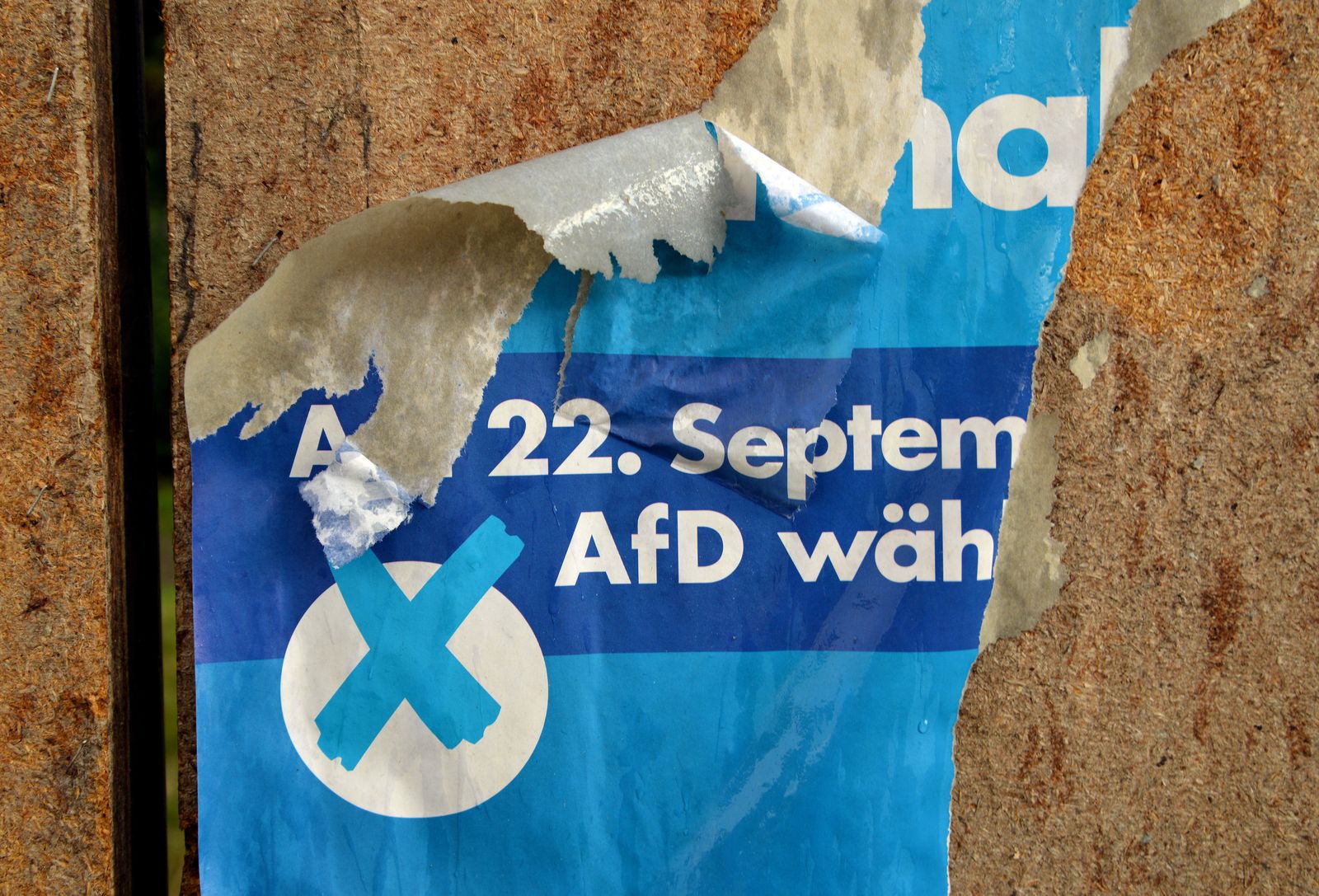 German anti-euro party Alternative for Germany is having to consider scrapping its local campaign efforts in response to several violent attacks against its members.