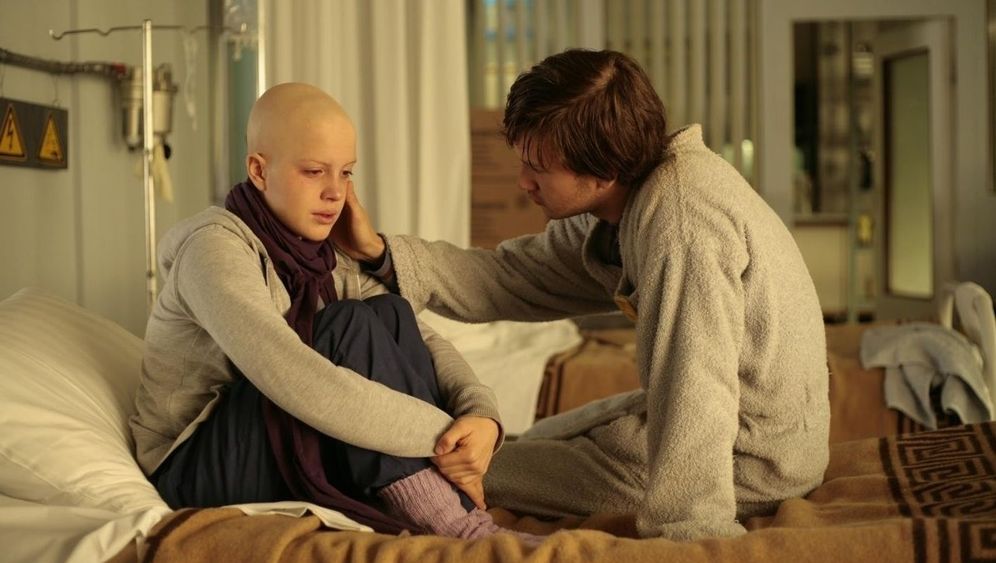 Photo Gallery: Warnings of "The Cloud"

But the world is not so easily healed, as we are now seeing once again in Japan.

Having grown up in a poor family, I knew this at an early age, at around 7 or 8, which is why I felt the authors of children's books never took me seriously. So I decided that if I ever became a writer, I would take my readers seriously, whether they were six, 16 or 60.

I did become a writer, and I do take my readers seriously.

In my book "Die Wolke" (The Cloud), I expect a lot from young readers, because I describe the consequences of a reactor disaster not unlike the one that has now tragically struck Japan. I can only hope that the Japanese will be spared the kinds of horrific consequences I wrote about in my book.

I was born in 1928 in the Sudetenland region of what was then Czechoslovakia, which Hitler "brought back into the Reich" in October 1938. This makes me a contemporary witness of the Nazi dictatorship. I was a member of Nazi youth organizations from the ages of 10 to 17, which was a requirement for young "Aryan" girls. Hitler's government raised us to become enthusiastic National Socialists. In fact, it even provided us with its very own take on the meaning of life: You are nothing. Your nation is everything.

I believed in Hitler and his message until the end. Only years after the war did I gradually come to understand that it isn't enough to go to the polls once every four years to answer the question: Who do you want to see in political office? Instead, I realized that as a citizen of a reasonably efficient democratic system, you must always feel partially responsible for the policies of your country and, as a result, for the wellbeing of your fellow citizens

This is what I want to be able to say to them: "To the best of my modest abilities, I tried to do something against the dangers of our time!"

The four main focuses of my writing are:

Back in the 1970s, I read about the pros and cons of the nuclear industry, and I realized how dangerous it could be. But even minutes before I heard the first news reports about the catastrophe in Chernobyl, I would never have dreamed of writing a book like "Die Wolke."

It was only after I had listened to one horrific media story after another, and had seen how the disaster affected Central Europe, that I imagined what could happen if a reactor disaster had occurred, not in a sparsely populated area 1,500 kilometers (938 miles) from our borders, but in the middle of a densely populated part of West Germany -- which, by the way, is much less densely populated than Japan.

My next thought was that I had to warn people about this potential threat. But because people had already written books for adults on the subject, I decided to write a warning about nuclear power for young people (not for children!). I reasoned that they, too, had a right to know what potential dangers they and everyone else faced. That was what led to my writing "Die Wolke."

The Girl Survives: But What Then?

In the book, I describe the situation faced by a 14-year-old girl who is in school when the nuclear sirens go off. The character's name in the book is Janna-Berta, but these days her name could just as well be Miyu or Nanami. Janna-Berta is taking care of her eight-year-old brother while their parents are away on a two-day trip. When the alarm sounds, the school immediately sends the children home. No one, including the politicians, is truly prepared for this situation. The media reports are contradictory, and many are downplaying the consequences of the catastrophe -- just as some are doing in Japan today.

Most of all, I wanted to illustrate the consequences of a "reactor accident" and warn against them. I wanted to describe the horrific decisions people would have to make. Should I stay put or try to get away? There would be chaos in the streets and at train stations. Pregnant women would be haunted by the thoughts of what could be happening to their unborn children.

In the book, much of the food has been contaminated and is unfit for consumption, and soon food becomes scarce. Gymnasiums are converted into shelters to house the evacuees. Makeshift hospitals are set up to cope with the thousands of people who have been exposed to high levels of radiation. The victims experience stomach pain and start losing their hair, and many die.

We have already seen the beginnings of some of these consequences in Japan. Let us hope that the people there will never experience the rest.

I didn't dream up this scenario entirely on my own. The group Physicians for the Prevention of Nuclear War handed out a pamphlet in the late 1970s that explained the dangers of nuclear radiation in layman's terms. I used this information to deduce consequences for human health, and I also read environmentalist Holger Strohm's books on the nuclear threat. Strohm described what would happen after widespread exposure to high levels of radiation, including food and water shortages, evacuation problems and the effects on the economy.

I also didn't forget to describe sociological consequences. In my book, the people are divided into two groups. I'm not talking about the division between the rich and the poor, which already causes enough problems today, but between the ones who got away and those who didn't. The first group looks down on the second group. People of my generation, who experienced the years after the war, know what this is like. The victims band together.

I deliberately chose to voice my warning in the form of a novel and not a work of non-fiction. I did this because I was convinced that the best way to motivate people is through emotion.

In my book, the only member of the family who doesn't die is the 14-year-old protagonist. She's lucky. She survives. But perhaps she will give birth to children with severe disabilities one day. And then a child who hasn't even been born yet will suffer because of all the things the proponents of nuclear energy have caused, or at least allowed to happen.

Do these people realize that by advocating nuclear energy, they are also assuming responsibility for its possible consequences?

Can they even realize this?

I will keep warning people for as long as I live.