German Chancellor Angela Merkel's conservative Christian Democratic Union (CDU) party suffered major setbacks in elections in two states during this weekend's "Super Sunday" elections, which are being seen as a measure of support levels for the country's leading political parties in the run-up to federal elections in less than one month.

In both the eastern and western states of Thuringia and Saarland, the party has lost its absolute majority and it lacks the number of votes needed to form coalition governments with its preferred partner, the business-friendly Free Democratic Party (FDP). Merkel's challenger in the national election, Frank-Walter Steinmeier of the center-left Social Democratic Party (SPD), is celebrating Sunday's result as a triumph for his party, which has languished in recent national public opinion polls.

For the first time, the vote opens up the possibility that the Social Democrats could form a coalition government in two states together with the left-wing Left Party and the Green Party. The SPD has shunned working together with the Left Party at the federal level, but has said that state branches of the SPD can decide for themselves if they want to work with the party, founded by renegade former SPD party boss Oskar Lafontaine and the Party of Democratic Socialism (PDS), the successor party to East Germany's Communists.

On Sunday, the disappointment was apparent within the CDU. "The loss of votes in Thuringia and Saarland are painful," CDU General Secretary Roland Pofalla said on Sunday evening. He said his party would analyze the roots of its lost votes. "We will have to analyze in the coming days the exact reasons for these high losses in these states," he said.

Exit polls in Thuringia and preliminary official results in Saarland show that the CDU in Saarland garnered 34.5 percent of the vote and just 32 percent in Thuringia -- the worst showing the party has had in the eastern German state since reunification in 1991. In the western state of Saarland, the party lost 13 points compared to the last state election and close to 12 percent in Thuringia. In the eastern state of Saxony, where elections were also held on Sunday, the party fared considerably better, losing just 2 percent, down to 40 percent of the votes.

The First Loss of CDU Majority Since German Reunification

For the past 10 years, the CDU had held absolute majorities in Thuringia and Saarland. But following Sunday's ballot, neither Governor Dieter Althaus in Erfurt, the capital of Thurinigia, nor Peter Müller in Saarland garnered enough votes to form a government -- not even together with the FDP. In both states, the Social Democrats, leftist Left Party and the Greens scored enough votes together to form governments.

Prior to the election, SPD chancellor candidate Steinmeier, who is also the country's foreign minister in Merkel's right-left grand coalition government, had been hoping for a boost following a precipitous decline for his party in national public opinion polls. He believes Sunday's results could breathe wind into his party's sails in the run-up to Sept. 27 national elections. In recent weeks he said he had often heard that the outcome of the federal election had already been decided. "But today's election night shows that that was a huge mistake," he said on Sunday evening in Berlin. "One thing is certain: Voters in this country do not want a (CDU-FDP government). This is a good election Sunday for the SPD." He added that the CDU had suffered from deep losses.

CDU General Secretary Pofalla conceded losses, but said his party was still the victor in terms of sheer votes in all three states. He noted that in the state of Saxony, home to Leipzig and Dresden -- two cities that have fared well since reunification -- the CDU would be able to create a new coalition government with the business-friendly FDP, thus replacing its existing right-left grand coalition with the Social Democrats. He said that in both Thuringia and Saarland, governors Althaus and Müller would both conduct negotiations in order to try to retain power and build a stable government.

Pofalla said his party's prospects for national elections remained good, adding that the election had not been decided yet. The state elections showed that, "the election on Sept. 27 will be a vote on the direction in which the country should go." On the basis of public opinion polls, the Social Democrats and the Greens, who ruled together under former Chancellor Gerhard Schröder, can no longer win enough votes to govern together -- they could only do so by working together with the leftist Left Party in what is being described as a red-red-green coalition, so-named for the colors ascribed to each political party.

Alexander Dobrindt, general secretary of the Christian Social Union -- the Bavarian sister party to Merkel's CDU, which also shares power in the federal grand coalition government -- said the outcome in Saxony showed that the conservatives were still capable of building stable coalition governments. "The Union (CDU-CSU) is still the strongest party -- now as before -- in each German state." German voters, he said, do not trust the Social Democrats to lead the country. At the same time, he warned, the conservatives must take the vote "seriously." He said it was clear that German voters in September would be casting ballots on the country's future direction. The alternative to a conservative-leaning majority, he said, was the "chaos" of the Social Democrats, Left Party and Greens governing together.

So far, Chancellor Merkel hasn't commented on Sunday's election outcome. Anticipating a possible setback for her party, Merkel said in the run-up to Sunday's vote that elections for the regional parliaments were "not a test vote for the federal election." 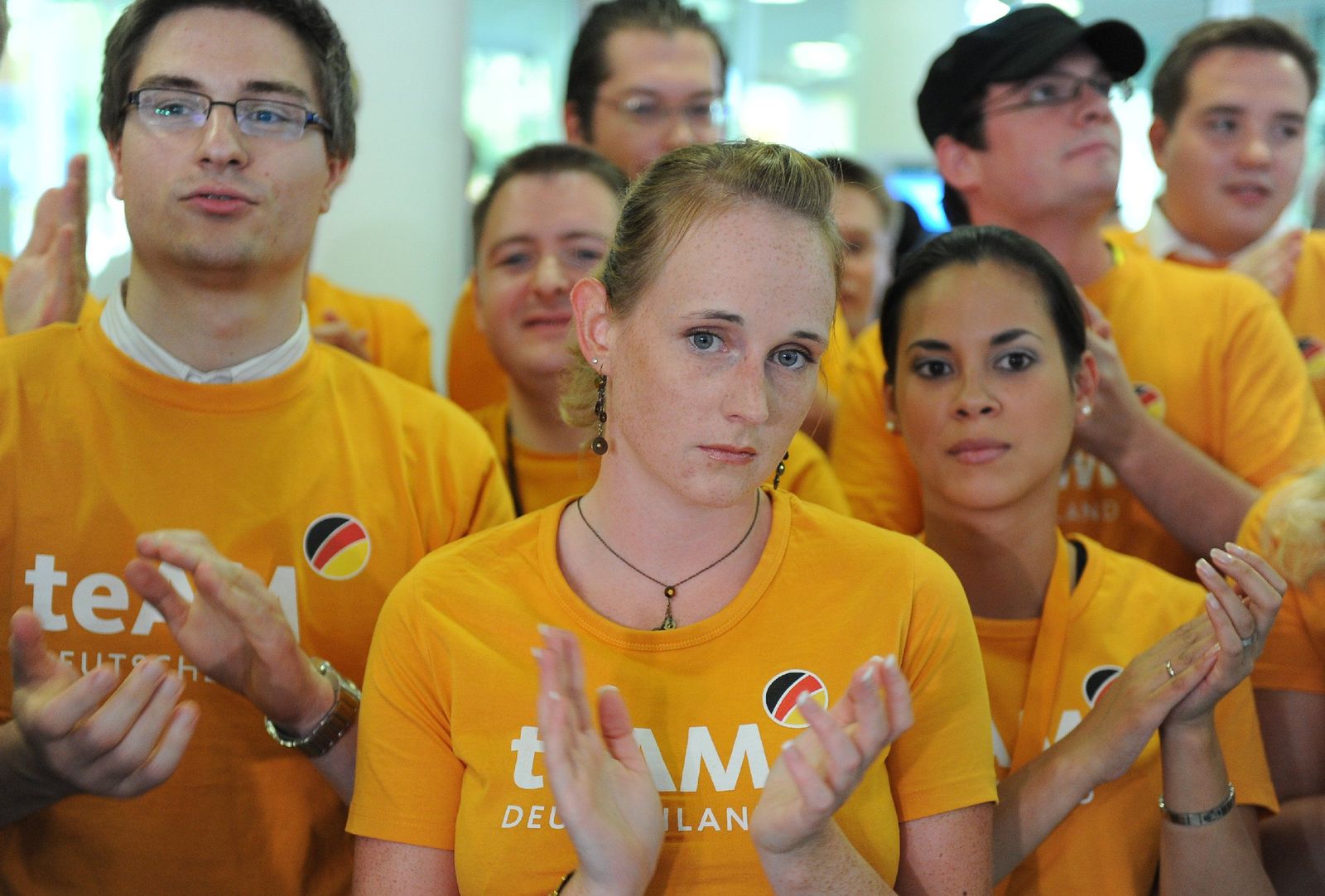