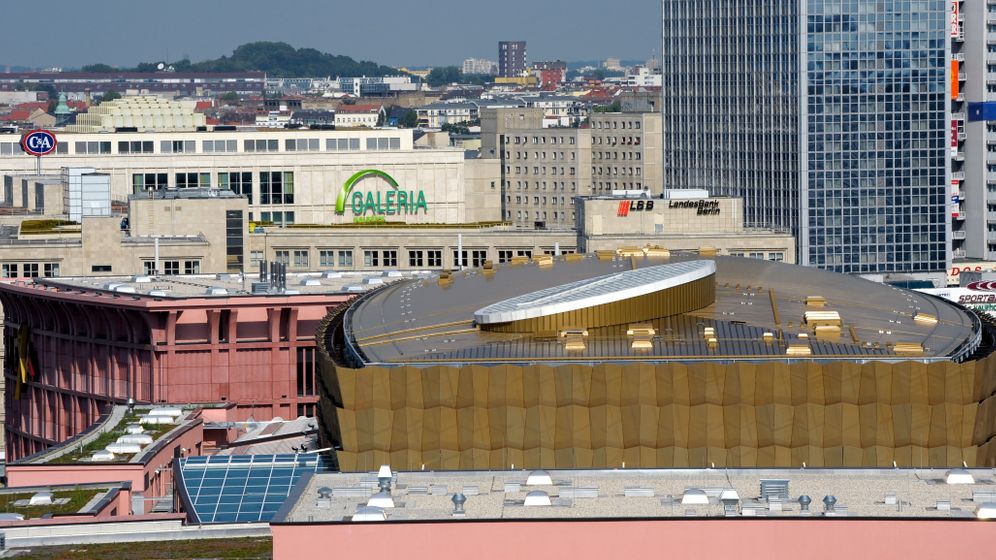 It has hardly any windows and is painted a garish pink. Situated adjacent to Berlin's Alexanderplatz -- a square in the city's central Mitte district -- the Alexa Shopping Center houses jewellery shops, toy stores, fashion boutiques and supermarkets. At first glance, it's a temple of consumption like any other.

Not for architectural historian Turit Fröbe. She sees the mall as one of the country's better "Bausünden" -- German for "architectural sins" -- and has spent 12 years seeking out thousands of similarly hideous buildings in her research. "Good Bausünden make an impression on your memory. They're original, they have their own distinctive character and they're easily recognized," she says.

Fröbe differentiates between good Bausünden and bad ones -- those that provoke a strong reaction, with some passers-by getting positively angry at the sight of them, and those that don't even warrant a second glance. Good Bausünden, says Fröbe, are those that draw attention to themselves through their colorful, distinctive design and clash with their surroundings: churches that resemble World War II bunkers, office buildings in the shape of steam boats -- the buildings are often situated in direct proximity to their traditional (and perhaps more appealing) 19th century counterparts.

Fröbel has compiled the most beautiful examples in a new book titled "Die Kunst der Bausünde" (The Art of Architectural Sin). She describes the buildings with ironic affection, comparing them to sci-fi movie props and domestic objects like champagne coolers. The book contains casual snapshots, ones that she took in passing. "I wanted to show the houses exactly as I found them in their urban surroundings. Absolutely unprettified," says Fröbe.

A lot of the buildings that Fröbe classifies as "good Bausünden" are shopping malls. They attract attention, positively screaming out to passers-by, as the author puts it. The constructs are equipped with reflective windows, advertising boards, exterior stairwells and pipes. Some look as though they have been cut in half with a meat cleaver, while others look deformed, as if struck by lightning. The Bausünden are urban quasimodos. And it's not only shopping malls that qualify -- single-family homes, pharmacies, banks and subway stations are also among the architectural oddities that make people want to avert their eyes.

In some cases the buildings have simply fallen out of fashion, like Berlin's "Bierpinsel" tower. Located in the southwestern district of Steglitz, it resembles a concrete mushroom dressed in graffiti. Other outdated architectural phenomena include administrative buildlings from the 1960s and 1970s and buildings with egg-shaped protruding alcoves.

The "Happy Rizzi Haus" in the city of Braunschweig is a borderline case, says Fröbe. Designed by American artist James Rizzi, the building is covered in cartoonish doodles and wackily shaped windows and looks like it came straight out of Alice in Wonderland. "I feel sorry for the people who work there or have to look at it every day," she says.

Fröbe also describes bad Bausünden, which are all-too-common in Germany's urban landscapes. "There are hundreds of them dotted throughout cities," she says. They have a random feel to them, with no character to speak of -- examples of mediocre, run-of-the-mill architecture. But although passers-by wouldn't look at them twice, Fröbe says it's important to recognize the bad ugly buildings to appreciate the good ones.

Fröbe says she has developed an affection for good Bausünden, and is excited whenever she comes across them. The buildings are products of ingenuity, determination and courage. They're unique, and add a certain flair to their urban surroundings. They cut through the drabness of monotonous architecture.

According to Fröbe, there's a fine line dividing good Bausünden from good architecture. Similar to the Bausünde, good architecture imprints itself on the memory of the beholder, like a good photograph. It is able to cut through the homogeneity of its surroundings, like the Eiffel Tower in Paris. Residents are proud of these kinds of constructions, and tourists flock to them. According to Fröbe, a more positive attitude to Bausünden could even have an impact on new contributions to the urban landscape -- inspiring architects to design buildings with character.

Fröbe says that she has strong intuition when it comes to finding good Bausünden. She says she needs no more than 10 minutes in a city to decide whether she is likely to find a good one. Cities with outstanding architecture tend to accommodate impressive Bausünden, too. These cities have a certain courage -- which is is exactly what many cities are lacking.

Fröbe predicts that as time passes, the Bausünden she so cherishes will be replaced by mediocre new buildings. So while they can, she concludes, people should learn to appreciate them. After all, it is possible to find beauty in the ugliest of edifices -- it just might take more than a passing glance to see it.