The Russian Embassy is one of the most interesting buildings in Berlin, at least from the perspective of the Federal Office for the Protection of the Constitution (BFV), the German agency responsible for counterintelligence. To the well-trained eye, there's constantly something new to see. Not too long ago, wooden sheds suddenly popped up on the rooftop of the white complex. BFV staff took to referring to them, mockingly, as Russia's "wooden huts." They suspected they were being used to hide listening antennae.

In each place that Moscow has diplomatic outposts -- in addition to the embassy in Berlin, there are also consulates in Hamburg and Munich -- the BFV's counterespionage is also in place. BFV staff tap phones lines, take aerial photos and recruit informants among Russian employees so as to have some idea as to what is happening behind the closed doors of these offices.

Their efforts helped to uncover an email sent a few weeks ago to a Russian diplomatic outpost in Germany that might otherwise have gone unnoticed. The sender had sought to offer his services as an informant to the Russians. To prove he wasn't setting a trap, the man also used Gmail to enclose classified documents from his employer, Germany's foreign intelligence service, the Bundesnachrichtendienst (BND). If needed, he wrote, he'd be happy to deliver even more. The letter sent shockwaves through the BFV as it became apparent that, once again, the country had been struck by another wave of spying, this time involving Russia.

The German intelligence agencies prepared a trap to snag the suspect. Under a forged Russian email address, they made it look like they were taking him up on the deal and offered a meeting with him. He refused, forcing them to come up with another idea. In their desperation, they even turned to US agencies to ask if the Gmail account was familiar to them. They didn't get any response. Instead the secretive informant closed his email account a short time later. Investigators smelled something fishy.

German authorities first succeeded in detaining the man last Wednesday. And if what the 31-year-old BND employee told investigators is true, it's actually the Americans, not the Russians, who are at the center of the latest spying scandal to strike Germany. And it would further demonstrate the Americans' sheer brazenness in spying on what is supposedly one of Washington's closest partners.

The man, who federal prosecutors arrested on suspicion of being a foreign spy, told astounded officials that it hadn't only been representatives of Moscow to whom he had offered his services. He also claims to have contacted the US Embassy in Berlin by email two years ago and to have offered his services as an informant. He apparently had success, too, and has since completed a number of assignments for US agents. Most recently, he received an order to pass along any information available on the special committee in Germany's federal parliament investigating NSA spying in Germany. The suspect claims to have met three times with his American contacts in Austria and to have obtained payments numbering in the five digits from them. Sources have indicated the amount to be around €25,000 ($34,000).

There is also no question that the suspect had access to sensitive BND information. He works at the agency's headquarters near Munich in the Areas of Operation and Foreign Relations department, which is responsible for processing communication with BND representatives abroad and with embassies. The suspected spy had security clearance and broad access to information through these channels. He would have made an interesting source for any foreign intelligence service. But was he really a double agent working for a foreign government?

The evidence suggests he was. When investigators raided his apartment they found a software configuration on his computer that looked like the work of a secret service. A weather app was installed which automatically opened an encryption program in response to a user search for the weather in New York. The man was also found to be in possession of a USB stick containing 218 classified BND documents, three of which clearly related to the NSA investigative committee.

The first steps are only just being taken in the case now, but should the intelligence agent be telling the truth, it would add a new dimension to US spying activity on German soil. Ever since whistleblower Edward Snowden's revelations hit the headlines a year ago, suspicions have been brewing that the NSA was gathering information in Germany with wide scale signals intelligence. The latest development shows that the Americans also used human intelligence -- in a country it counts as one of its main allies in the international war on terror. The two nations even stepped up data exchange in this area despite the Snowden affair, which was partly why the German reaction to the recent arrest of the BND employee was so indignant. "I couldn't believe it," said one high-ranking officer. "I still can't."

It appears the United States government has also underestimated just how damaging the latest espionage scandal could be for trans-Atlantic relations. Of all places, it was in China, one of the US's most direct rivals, that German Chancellor Angela Merkel first criticized the development. "If the reports are correct, it would be a serious case," the chancellor said during her visit on Monday. "If the allegations are true, it would be for me a clear contradiction as to what I consider to be trusting cooperation between agencies and partners."

Already on Friday, the 4th of July, US Ambassador John Emerson had been summoned to the German Foreign Ministry for talks, where he was ordered to provide a swift explanation. German Foreign Minister Frank-Walter Steinmeier also expressed his incomprehension and irritation over the latest spy scandal, saying there was no place for "attempting to use conspiratorial methods to learn something about Germany's position".

Both CBS and Reuters reported earlier this week that US government officials had confirmed the CIA's role off the record. And SPIEGEL has learned that CIA President John Brennan has made calls to Klaus-Dieter Fritsche, Merkel's intelligence coordinator in the Chancellery and selected US Senators, with the aim of seeking to prevent further damage. Neither side, however, has provided details about the content of those discussions.

The only case with similar ramifications dates back to the 1990s, when Bonn was still the capital of Germany. In late 1994, US diplomat Geoffrey Plant, in actual fact a CIA agent, approached Klaus Dieter von Horn, the head of unit for Iranian affairs in the Economics Ministry and therefore of key interest to the CIA. Plant and Horn met for dinner on a regular basis and the American proved to be a good listener, absorbing everything von Horn had to say on Hermes export credits for Iran as well as the German companies supplying the Mullahs with German technical expertise.

Then, in 1996, Plant presented his acquaintance with a Mont Blanc pen worth 300 deutsche marks and the news that even though he was leaving Bonn, his successor would soon be getting in touch. Unfortunately for him, officers from the BFV were also eagerly awaiting his arrival after Horn had tipped them off about Plant's interest. When Horn returned from a visit to Iran and Plant's successor began quizzing him about the construction of a nuclear power plant, the government agency had enough. Agency officers visited the US Embassy and ordered the CIA man to leave the country. The Americans denied all accusations of espionage but recalled the diplomat nonetheless.

The German government has borne a grudge against its big brother ever since, regularly mulling -- to this day -- various proposals to dial down secret service partnerships and deal with the US with standard counter-espionage.

When it transpired in October 2013 that Washington had even monitored the phone of Chancellor Angela Merkel, domestic intelligence suggested placing the embassies of allied countries such as the US, Britain and France under basic technical surveillance, which would not entail listening in on embassy workers.

The government has continued to drag its feet. But according to insiders, the arrest of the suspected double agent might now finally catapult a decision to the top of the agenda. 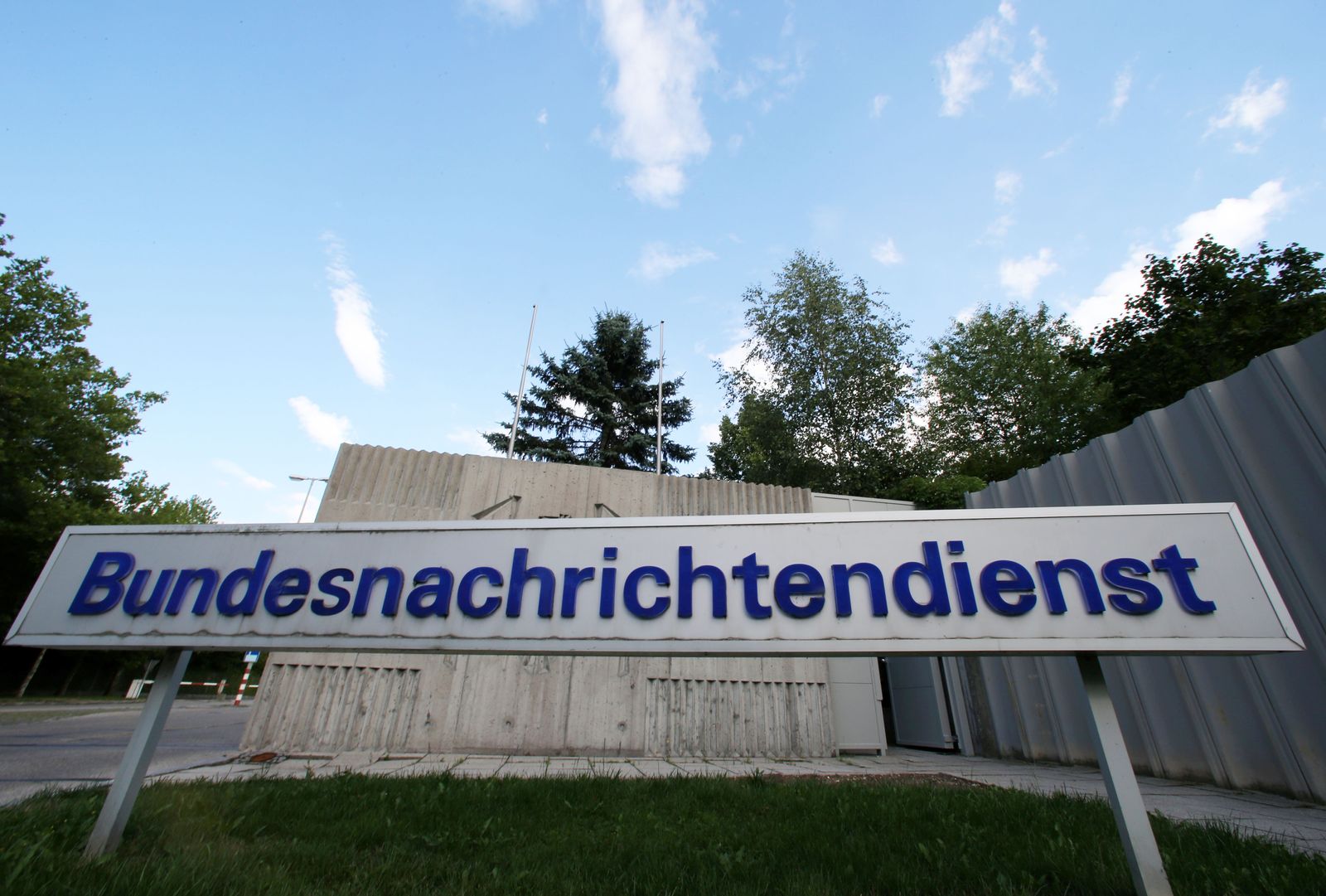 An employee of Germany's foreign intelligence service admitted passing documents to a US contact.