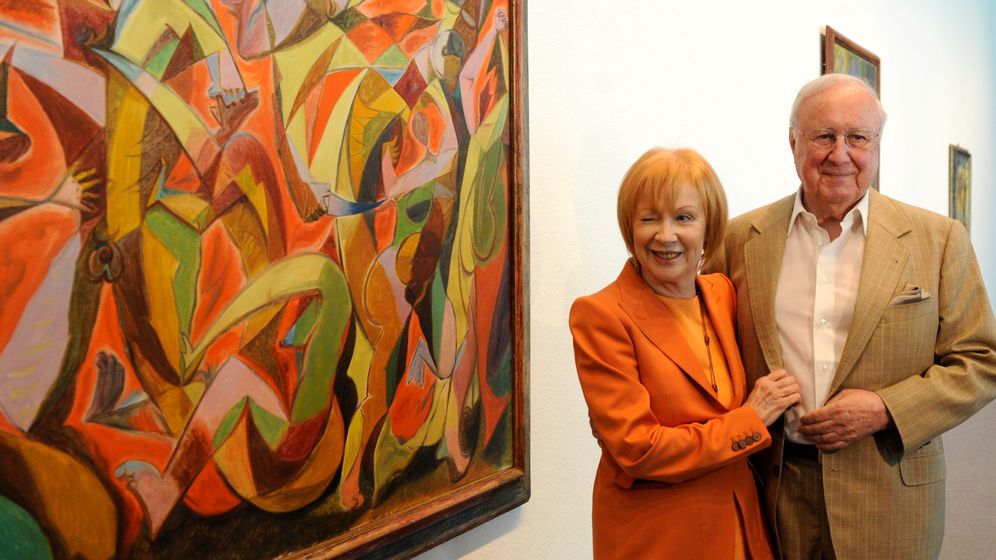 It is widely considered one of the most significant collections of surrealist art in the world; it took collectors Ulla and Heiner Pietzsch 45 years to assemble the 150 sculptures, paintings and drawings from the likes of Salvador Dali, Joan Miró, Jackson Pollock and Rene Magritte, among others. And the works are estimated to be worth some €120 million ($160 million). Now the entire collection is to be a generous Christmas present to the city of Berlin.

Heiner Pietzsch said that he originally wanted to gift the paintings to his birthplace, Dresden. But when the collection was put on display at Berlin's New National Gallery (Neue Nationalgalerie) from June 2009 until January of this year, almost 200,000 visitors flocked to see the works inside the magnificent modernist building designed by Mies van der Rohe.

"Berliners really took the show to heart," the couple told reporters at the announcement of the gift last Friday. Pietzsch, who has lived in Berlin since 1951, said he and his wife were surprised at the popularity of the show and decided to bequeath the collection to Berlin as a result.

But the generous bequest comes with a condition: The collection must be on permanent display in a Berlin musuem. There is no room for it in the New National Gallery in Berlin, already having difficulties showing its own collection. It remains unclear exactly where the important collection will be housed.

Pietzsch also told reporters that he hoped the gift would provide impetus to his wish that "Berlin finally gets what it really needs: a museum for the 20th century. "Then," he added wryly, "I'd be happy to get into my casket."

The paintings will only become the city's once the couple has left their home in the Grunewald district of Berlin -- which will happen, they say, once one of them dies or the house becomes too big for them.

The idea of a new modern museum is supported by many in Berlin and it has previously been suggested that such an institution could be situated inside one of Berlin's least popular national galleries, the Culture Forum (Kulturforum). As yet, however, there are no firm plans.

Nonetheless as the State Secretary for Culture André Schmitz also said at the press conference, "A gallery for the 20th century must come. We are doing everything in our power to realize this idea."