Former WikiLeaks spokesman Daniel Domscheit-Berg claims to have destroyed more than 3,500 unpublished files obtained from unknown informants. The information they contained is now apparently lost, irrevocably. The documents in question were stored on the WikiLeaks server until late summer 2010, when Domscheit-Berg left the organization, taking the files with him upon his departure.

Now Domscheit-Berg says that these documents were "shredded over the past few days in order to ensure that the sources are not compromised." WikiLeaks founder Julian Assange could not guarantee safe handling of the documents, he says.

According to information obtained by SPIEGEL, documents from the database included the United States government's so-called No-Fly list, which contains names of terrorism suspects who are prohibited from boarding aircraft. Assange said that the database also contained documents with insider information relating to 20 far-right organizations -- a claim that Domscheit-Berg would not confirm. Assange has been calling for the publication of this data since the beginning of the year.

Quarrel in the Chaos Computer Club

This past Saturday, a statement reportedly made by Assange himself appeared on the WikiLeaks support site WL Central. The statement heavily criticizes Domscheit-Berg and insinuates that the ex-WikiLeaks spokesman maintained too-close ties with intelligence agencies and police authorities. It also repeats allegations previously made by Assange against Domscheit-Berg, such as that he illicitly used internal WikiLeaks chat logs for his book, "Inside WikiLeaks" -- which does not paint Assange in a positive light.

In a second statement that appeared later Saturday, Domscheit-Berg is again accused of having "stolen" the information submitted by anonymous sources and of having committed acts of "sabotage" against WikiLeaks. If the material in question has in fact been destroyed, it will be impossible to replace.

For some time Domscheit-Berg has been promoting an alternative whistleblower platform, OpenLeaks. After he presented the project at a meeting of the Chaos Computer Club (CCC), Germany's top hacker group, Domscheit-Berg was harshly criticized by CCC spokesman Andy Müller-Maguhn, who expressed doubts about the ex-WikiLeaks deputy's integrity in a SPIEGEL interview. Shortly after, Domscheit-Berg was expelled from the CCC.

Since then the German hacker scene has been embroiled in a heavy debate over how to deal with the competing platforms and their embattled public representatives. Müller-Maguhn told SPIEGEL ONLINE that the CCC board's decision to expel Domscheit-Berg inspired both criticism and support. CCC spokesman Frank Rieger appears to have distanced himself from the decision.

The five-person board of the CCC says the official reason for Domscheit-Berg's expulsion was his alleged exploitation of the organization's "reputation" for personal gain -- to promote the OpenLeaks initiative, which was seen by the management as lacking sufficient transparency. It was impossible "to judge whether potential whistleblowers could be effectively protected by OpenLeaks." When asked, Domscheit-Berg told SPIEGEL ONLINE that these accusations were "baseless."

In the weeks preceding his presentation at the CCC meeting, Domscheit-Berg gave conflicting information as to whether he had any WikiLeaks documents in his possession and, if so, how many. It was also unclear whether the material was encrypted and in what manner it might have been encrypted -- and who had access to the code.

At present, WikiLeaks is not publishing any new data or accepting any new material. In the statement made on WL Central on Saturday, Domscheit-Berg is accused once again of having "illegitimately taken this data along with WikilLeaks' secure online submissions system, funds and internal documentation." 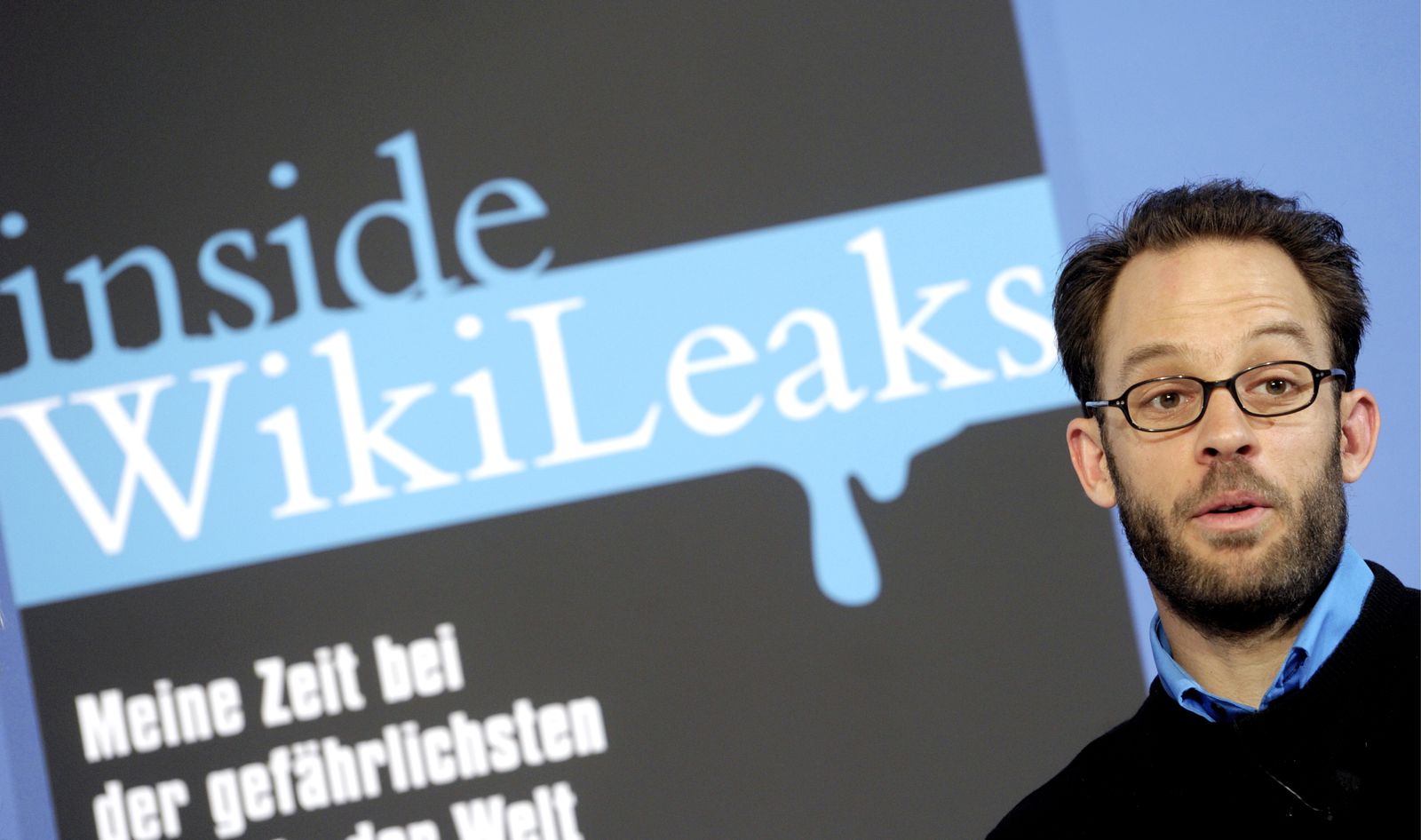