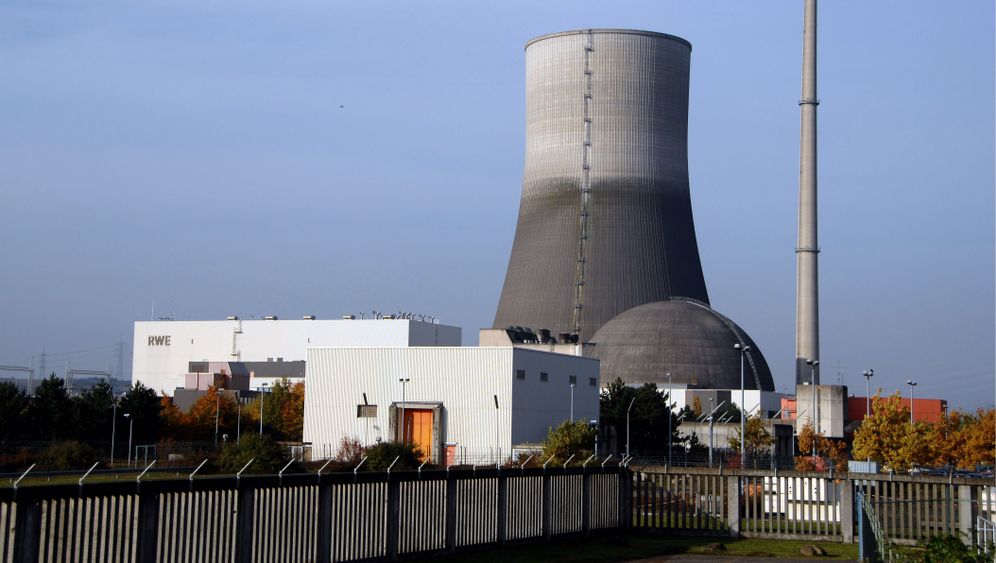 Anselm Kiefer has often adopted controversial subjects for his art, using Nazi imagery or referring to Third Reich architecture. Now the German artist, who is based in France, has another risky project in the pipeline: He wants to buy a nuclear power station.

In an interview published in Monday's edition of SPIEGEL, Kiefer explained: "This nuclear power station is so fantastic, wonderful. It is my Pantheon."

The mothballed Mülheim-Kärlich reactor, which began decommissioning ten years ago, left a deep impression on Kiefer, who is one of Germany's most prominent contemporary artists, famed for using materials such as straw, lead, ash and clay in his works.

Following a visit to the site with the head of German energy company RWE, the artist said he was keen to get at least the cooling tower. "Standing in the center and looking through the hole in the middle is stunning," the 66-year-old said.

No Cows or Clouds

The project is driven by a wish to preserve German history, Kiefer explained, criticising a national tendency to move on, ditching things from the past. Much of his work has dealt with the legacy of the Third Reich and coming to terms with history.

The artist said he was not yet certain what he would do with the plant, though he had already ruled at least one thing out. "I would definitely not paint cows and clouds on the outside," he said.

The nuclear power station sits alongside the Rhine River, some 10 kilometers from Koblenz. It was finished in 1986 but only operated for three years due to problems with the building permit. In 1998 the federal administrative court said it would not be allowed to operate again.

Following the disaster at the Fukushima nuclear plant earlier this year, the German government shelved more than 25 percent of the country's nuclear capacity. Further plans include the phase out of all atomic energy by 2022. Against the backdrop of Germans' widespread dislike of nuclear technology, Kiefer saw scope for an emotive art installation.

"People are apparently still not capable of controlling the technology. But it is the most fantastical form of producing energy," he said, adding that atomic power had a "mythological" quality.