Experts are warning that Germany faces a shortage of skilled labor that could become an increasingly serious threat to its economy in years to come. Companies in certain industrial sectors are already struggling to fill vacant positions. Demographic developments will only make that worse, as the German population ages and the labor force shrinks. But current immigration law makes it hard for German companies to employ foreign specialists.

Earlier this year, a consortium of German foundations and charities set up a cross-party commission to look at the problem. The commission is headed by Armin Laschet, former state integration minister for North Rhine-Westphalia, and former German Defense Minister Peter Struck. It also includes industry and union representatives, as well as politicians from Germany's main parties. The body will present its findings to the heads of the party groups in the German parliament, the Bundestag, on Wednesday.

The commission will call for fundamental changes to immigration law to make it easier for foreigners to come to Germany to work. It wants the government to lower bureaucratic hurdles so that companies can hire skilled workers from abroad more easily. In addition, it wants measures that will make it more straightforward for foreign students to work in Germany and stay in the country after graduation.

In a SPIEGEL interview, Laschet and Struck explain why Germany needs to do more to attract the brightest workers from abroad.

SPIEGEL: Mr. Struck, Mr. Laschet, if you were engineers from India or Turkey, would you want to come to Germany for work?

Struck: When people open up the newspaper these days and read that neo-Nazis in Germany have murdered immigrants, it's catastrophic for the country's image.

Laschet: One can't exactly say that Germany showed a lot of sympathy (for the victims) while the murderous attacks were happening.

SPIEGEL: In what sense?

Laschet: In the era of left-wing terrorism (during the 1970s), we suffered with the victims' families. Back then, when the head of the German Employers' Association, Hanns Martin Schleyer, was kidnapped (in 1977), we spent weeks worrying, hoping and praying together with the families. But with these murders, the victims were initially suspected of being involved with the drug trade and the mafia.

Struck: It also has to do with the fact that the murders occurred years ago, and because the neo-Nazis never claimed responsibility. But it's true that there isn't an especially inviting atmosphere in Germany for immigrants.

SPIEGEL: You are both leaders of a cross-party commission exploring the topic of immigration and the demand for skilled labor. On Wednesday, you plan to present the results to the leaders of the various party groups in the German parliament, the Bundestag. What do you suggest can be done to improve the atmosphere for immigrants?

Laschet: We need a new awareness in Germany that we need to campaign around the world to attract the best minds. That effort already begins, incidentally, with our embassies, consulates and chambers of commerce located abroad.

SPIEGEL: What are they doing wrong?

Laschet: I'm not totally convinced that at every consulate around the world, an engineer applying for a visa would receive a friendly welcome, be served coffee and asked: "What can we do to attract you to Germany?"

SPIEGEL: What would happen instead?

Laschet: First, they would have to listen to objections and explanations of daunting regulations that would rob the engineer of any desire to come here.

SPIEGEL: But the consulates are not to blame for Germany's residency requirements.

Laschet: That's why the government must change the laws to make it easier to work in Germany.

Struck: The legal situation should be less confusing. It is already possible for a foreigner to look for a job in Germany, but (to be allowed to work here) they usually have to invoke exceptions to regulations.

Laschet: My favorite provision is the "Anwerbestoppausnahmeverordnung" (ed's note: "regulation on exceptions to the recruitment ban," which allowed certain workers to come to Germany despite the ban on hiring foreigners that was introduced in 1973). That says everything! A large company like Siemens may have the expertise to recruit foreign workers for its openings, but how are normal small- and medium-sized businesses supposed to find their way through the bureaucratic maze?

Struck: The position that qualified foreigners are welcome here should be the rule, not the exception. That begins already with foreign students. We have to make it possible for them to work more in parallel to their studies. It's important for us to be able to hold on to those people who are already here.

SPIEGEL: Some economists argue over whether there is actually a nationwide shortage of skilled labor in Germany. Have you also discussed this?

Laschet: There isn't a nationwide shortage. But the analyses of the Federal Employment Agency (BA) have dramatically illustrated that, in light of the ageing German population, the topic of immigration must play a role.

Struck: From the perspective of the unions and the Social Democrats, we should first concentrate on getting work for those who are already here. Everyone agreed that this should be the first priority. But even if we achieve this, long-term gaps remain that we can only fill through immigration.

SPIEGEL: Many of the committee members are no longer active politicians. Why should their suggestions carry any weight?

Laschet: Because a government rarely gets such a broad consensus presented to them on a silver platter. These are concrete suggestions that employers and unions have commited themselves to backing. 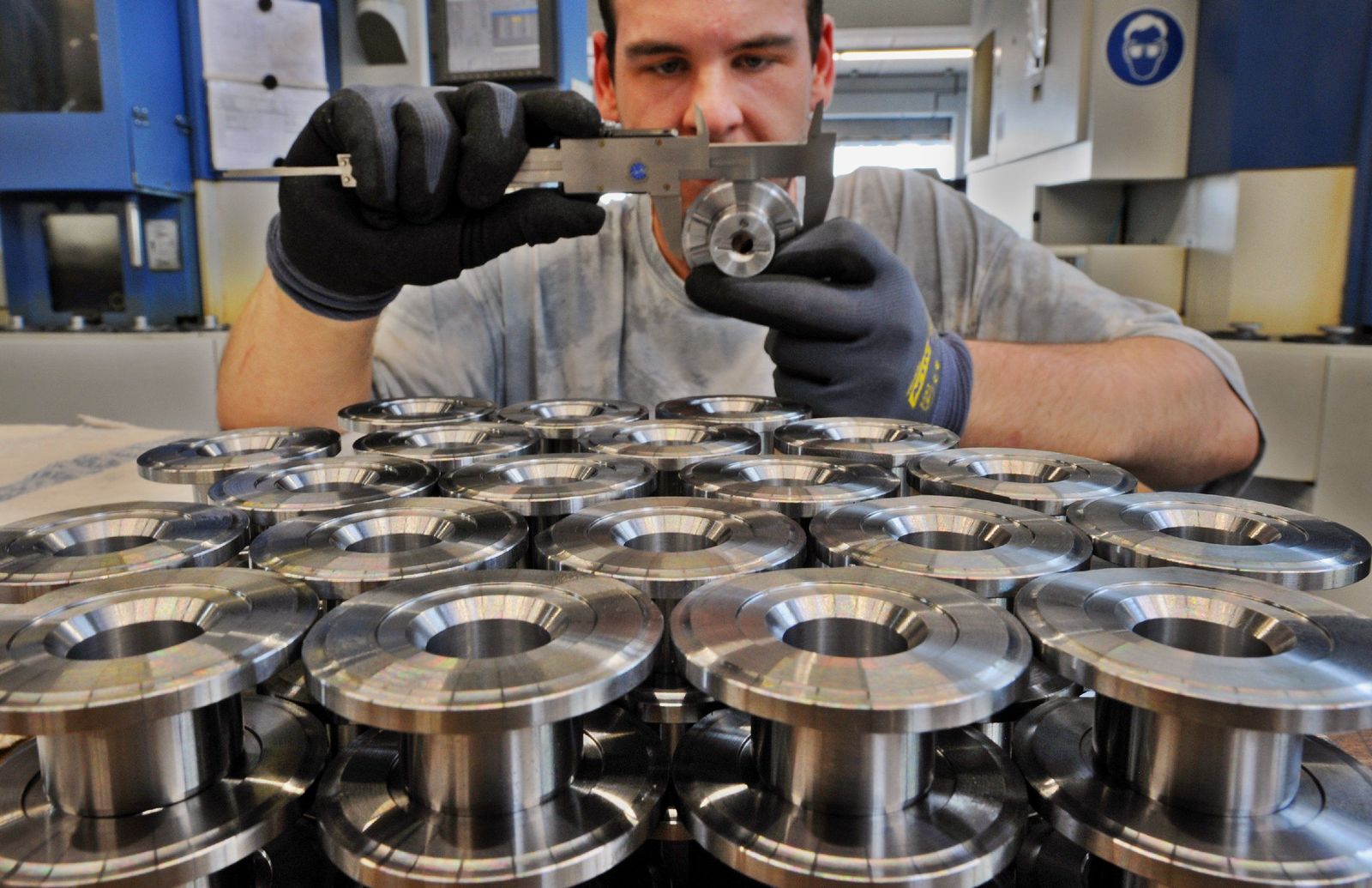 Germany is facing a shortage of skilled workers.