The German Green Party has made a name for itself at the cutting edge of women's rights. It was the first party to have a 50 percent quota for women in list-based elections -- and they always put a woman at the top of the list. At Green Party conferences men and women give speeches in strict alternation. No other German party takes the equality issue so seriously, and this weekend the Greens, once again, are holding a two-day National Women's Conference in the city of Bonn.

Even if some male party members think the Greens tend to exaggerate a bit on this issue, they do not dare say so publicly. Instead a new group of young party members has come up with an even stronger gender message, this time shining the spotlight on men: "We no longer need to be macho!" is the title of their manifesto which deals with "equality and male feminism."

The signatories include several Green politicians from the European parliament, the German Bundestag as well as local Green leaders. "We no longer want to be macho," it declares, "we want to be people. You are not born a man, you are turned into one."

The men's manifesto makes two main points. First, men need to break out of their traditional gender roles. "We need a new awareness of a new masculinity," write its co-authors Sven Lehmann and Jan Philipp Albrecht. Second, they argue that their fellow men need to realize that real equality will not happen without their participation.

"We want to live differently!" writes Lehmann, a senior member of the North Rhine-Westphalia branch of the party, and the European parliamentarian Albrecht. They appeal for a slower pace of life, less focus on profit and more health consciousness. They want to start holding "Boys' Days and gender-sensitive career-guidance sessions."

"Interest in mechanical engineering is not something we are born with," they say.

Perhaps unsurprisingly, the manifesto, which has recently been posted online, has sparked all sorts of angry responses. Co-author Albrecht says he was expecting the flood of insults like "bloody homos." But less expected were comments like: "What's this subject got to do with you?"

For Albrecht that was exactly the point, because "women are ahead in this issue -- now men have to take the lead," he says. Or, as co-author Lehmann puts it: "Where are men in the equal rights debate?"

The manifesto is signed by politicians from both the left and the center of the party, both heterosexuals and homosexuals. Even the party's co-chief Cem Özdemir has welcomed the initiative. "Gender justice has been a key concern for the Green Party since it was founded," he says. "Therefore, it is also an issue for men." The problems described by the smooth-talking Özdemir match the tenor of the feminist debate: "We are witnessing a public discussion by men about men, even though some men feel a bit uncomfortable about the deconstruction of the male role."

The Green co-leader himself has experience toying with stereotypes. Following the birth of his second child he took a few weeks off from party leadership, making a name for himself as the nappy-changing politician of the moment. But even that is not enough for the anti-macho manifesto writers: Are men really becoming "new fathers"? they ask. "Or it is actually a 'mirage' which merely allows fathers a prolonged break from their jobs?"

This could be read as a critique of the nappy-changing party leader, one signatory admitted, but went on to stress that a party leader is not in a position to take a prolonged stint off work, like many other fathers.

So what do female members of the Green Party make of this? Astrid Rothe-Beinlich, the Green spokesperson for women's issues, welcomes the new manifesto. "The Greens have always been a progressive party," she says, adding it was high time "that men also take responsibility for the issue of equality." But their party colleagues should not simply applaud the manifesto, she says. The question now, in her words, is, "How can it be implemented?"

Franza Drechsel, Green Youth spokesperson for gender and political affairs, also praised the new manifesto in principle. "It is good that men participate in the debate," she says, adding "this is far from enough ... the authors remain stuck in the rut of talking about two sexes." Above all, the debate is not just about men, she argues: "In the long term we can only be in this together."

But Green Party women are not exactly cooperative either, because this weekend they are keeping to themselves. The speakers at the National Women's Congress in Bonn are exclusively female. So the question remains: When will the Green anti-macho men hold their first national meeting? 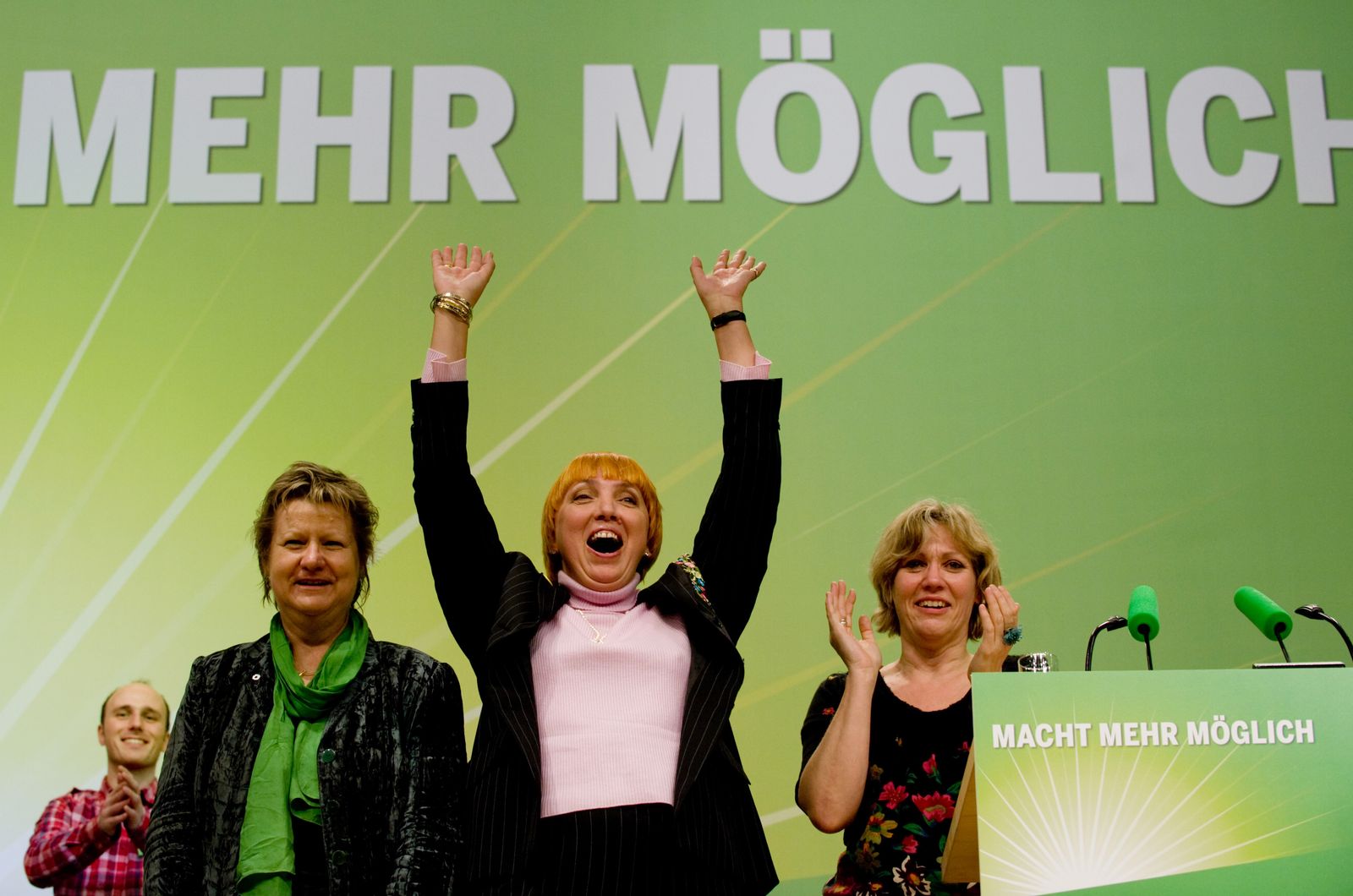 The Green Party has been at the cutting edge of women's rights -- but what about men?