Showing weakness isn't an option for those who want to rescue democracy in Germany. Gertrud Höhler is sitting in Berlin's Literaturhaus. She doesn't want to eat anything for lunch, nor does she want any dessert. "Sugar makes you sluggish and placid," she says. And those who are placid, she adds, have already lost.

Höhler is a former professor of literature who has made numerous appearances on German talk shows, where she positions herself as a pundit representing the views of the center-right Christian Democratic Union (CDU) party. Her claim to fame is that she was once considered for a cabinet post more than 20 years ago, under then-Chancellor Helmut Kohl. Now she is fighting the fight of her life. Her opponent is the most powerful woman in Germany, and perhaps even the world. Höhler refers to the chancellor as: "that girl Angela," a woman washed into Germany with the collapse of a Soviet satellite state.

It's a conflict of historic proportions. It revolves around protecting Germany from a third dictatorship, following fascism and communism -- at least that's the way Höhler sees it. "That woman," she says, "has already installed an autocratic regime."

"That woman" is German Chancellor Angela Merkel. Höhler has written a book called "The Godmother," about Merkel's rise to power and about how she has gradually rolled back democracy in Germany. Höhler caused quite a stir when she recently summarized her key arguments in an essay in the Frankfurter Allgemeine Newspaper. Höhler publicly presented the book on Thursday.

In it, Höhler lays out the entire lament of Merkel's critics. For instance, she writes, Merkel has orchestrated the end of the political careers of literally every powerful governor or other potential rival within her party -- one after another. She doesn't share Western democratic values, Höhler argues, she is ruining the euro, and all she cares about is securing more power.

Some of her claims are not entirely incorrect. Others have also criticized Merkel's style of governing, her waffling political stances and her seeming inability to explain her own policies. But Höhler takes things a step further. She is the first to place Merkel in the same tradition as the German dictators of the 20th century.

Höhler has ordered a cup of coffee. Coffee is good, she says, because it keeps you awake and makes you combative. She points to the key passage in her book, where she asks whether Merkel's fellow politicians have forgotten the experience "that allowed the Germans to accept two dictatorships in the 20th century," first Hitler and later the East German communist regime.

Unfortunately, they have, Höhler concludes. She sees Merkel as an "alien," a chancellor with "an edge when it comes to experience with regimes that enforce political conformity." First she brought the CDU into line and then the other parties. And now, says Höhler, she wants to become "Queen of Europe." And everyone is looking on, everyone, that is, except resistance fighter Gertrud Höhler.

But didn't CDU business policy expert Josef Schlarmann only last week sharply criticize what he called the "Merkel System"? The politician, one of the most outspoken critics of the chancellor within her party, took aim at Merkel in an interview with the Leipziger Volkszeitung newspaper, saying "there are no more fundamental debates anymore because everything in Merkel's CDU is presented as being without any alternative. It's like a school cafeteria that offers only one dish each day. Those who don't like the taste are excluded." Power in the party today, he said, "is concentrated at the Chancellery," and the only people in the CDU who have any chance of rising are those who follow Merkel's line. He also alleges that no potential Merkel challenger has ever survived politically, and that it will be impossible for a possible successor to rise as long as she leads the party.

"Schlarmann?" Höhler snorts contemptuously, calling him "a loser" because of his failure to do more than just accuse the chancellor of power-grabbing. "That's a stupid thing to say, because it's a way of glossing over the cowardice of doing nothing."

A Role in the CDU that Has Become Marginal

Höhler takes another sip of coffee, her gold watch clinking on her wrist. She's now 71, she has been an adviser to top German companies and she currently lives according to the motto of US heiress Gloria Vanderbilt: "A woman can never be too rich or too thin." She is an intelligent woman. But one wonders whether she believes all the things she says and writes.

Still, one has to ask whether her furor might have something to do with the fact that her role in the CDU has become quite marginal under Merkel. Does she have an axe to grind? "At first I spoke with Mrs. Merkel often," she says. "We would sit in her office at the Chancellery. As I walked out, she would ask me if she could have my notes." It must hurt when your notes are no longer in demand.

And then there was the matter of the laudatory speech. Ten years ago, the German celebrity glossy Bunte named Merkel the "most impressive woman of the year." Höhler gave the tribute, "a very nice one," as she says. But apparently Merkel didn't like it, because her response was quite aggressive. "It wasn't fair," says Höhler. It may also have colored the relationship.

Under Kohl, at least Höhler was mentioned as a possible cabinet minister. And she almost became one, she says. But a rival "got in the way." Since Merkel has been chancellor, there has no longer been a place for Höhler in the party she has belonged to for so long. That too must be painful.

Perhaps Höhler is truly afraid of the chancellor's "undercover approach," to eliminate parliamentarianism and the rule of law, and to get out of the free market economy and the "community of nations within NATO." At least it's a theory that will play well on talk shows. Höhler will have plenty of opportunities to present her concerns in the coming weeks. 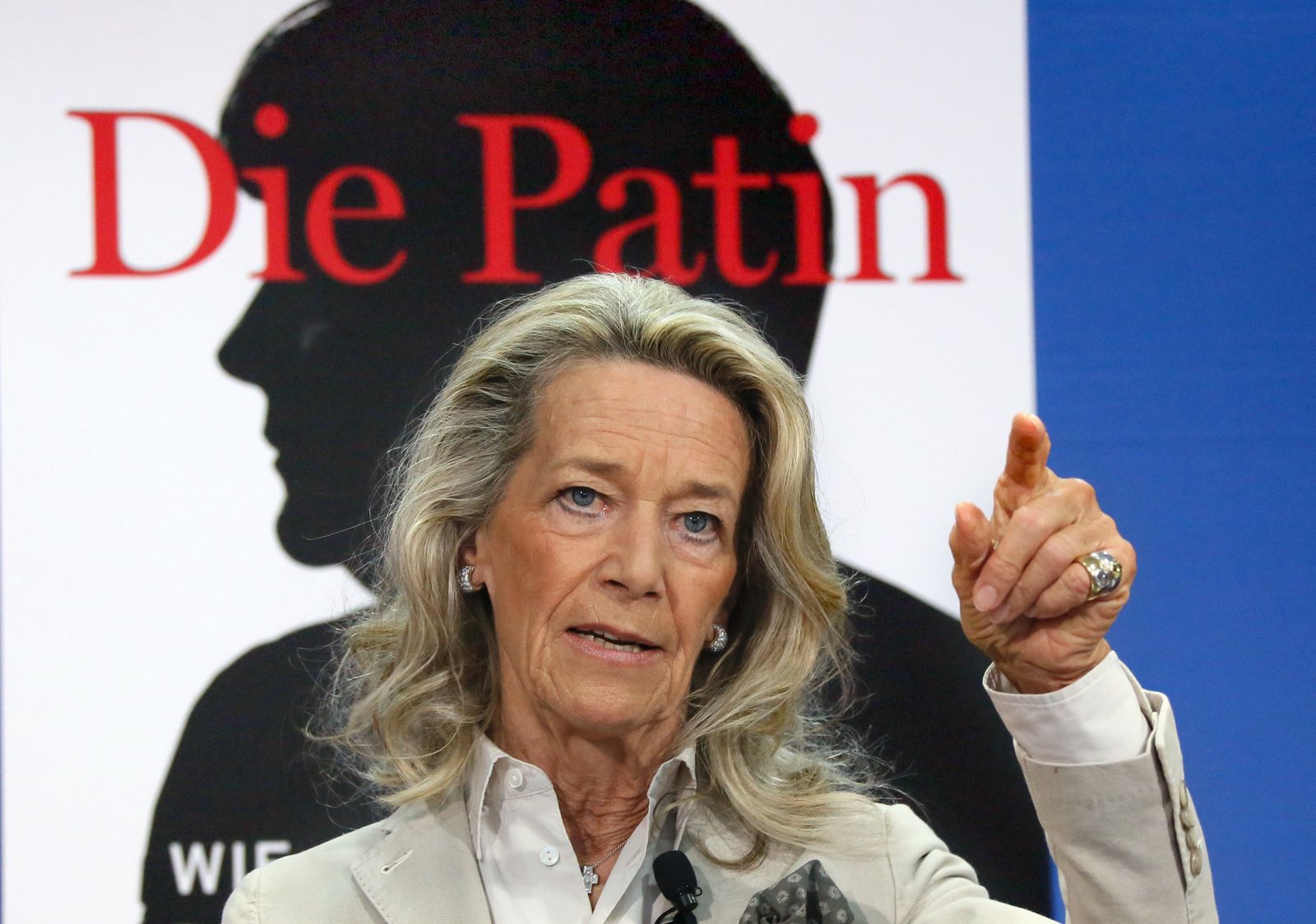 Gertrud Höhler at the presentation of her new book in Berlin: Merkel is obsessed with power and wants to be "Queen of Europe".