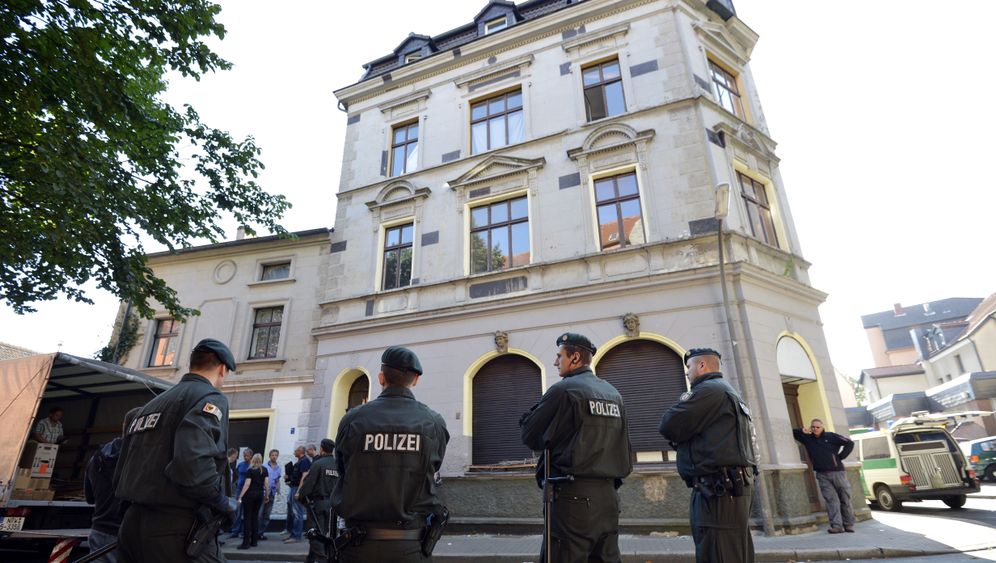 The timing was perfect. For days, neo-Nazis in the western German state of North Rhine-Westphalia have been mobilizing supporters for marches on Sept. 1, the anniversary of the Nazi invasion of Poland in 1939. Right-wing extremists in the state traditionally meet on that day in the city of Dortmund for a large-scale demonstration. Neo-Nazis have been busy distributing flyers, organizing information stands and holding rallies.

But now the authorities in the state have put the brakes on their plans. On Thursday, the state's interior minister, Ralf Jäger, banned three right-wing extremist groups following a series of massive raids. All three groups are considered to be very active and extremely violent. In recent years, they have reportedly seen a rapid increase in their membership numbers.

"The members and supporters of the banned organizations reject our democracy and the established legal order," said Jäger, justifying the decision to outlaw the groups. The organizations openly pledge allegiance to the Nazis and their leaders, Jäger said, describing the groups as "xenophobic, racist and anti-Semitic."

The three groups were "partly responsible for a massive increase in far-right violence in North Rhine-Westphalia," said Claudia Luzar, head of Back Up, a counseling center for victims of right-wing violence in the state.

On Thursday, around 900 police officers carried out a large-scale operation against neo-Nazis in the state, searching 93 residences and clubhouses in Dortmund, Hamm and Unna, as well as 48 residences in Aachen, Düren and Heinberg. The Aachen police described the raids as "the biggest-ever blow against right-wing extremists" in the region.

North Rhine-Westphalia is Germany's most populous state, with around 18 million of Germany's roughly 82 million inhabitants. It also has the largest number of reported far-right offences. Dortmund is regarded as the center of the neo-Nazi scene in the state.

According to Interior Ministry figures, 3,015 right-wing extremist crimes were recorded in the state in 2011, the third-highest figure of the past decade. This year, 1,517 far-right crimes -- which include so-called "propaganda offenses," such as displaying banned symbols as well as violent crimes -- were reported between January and June, 52 cases more than in the same period of last year.

According to the state Interior Ministry, authorities are aware of between 400 and 600 violent neo-Nazis. Jäger said that the interest in programs that help neo-Nazis quit the scene was greater than ever, and that workers in these programs are currently in dialogue with 34 people who want to quit. In the past decade, a total of 220 people have been helped to leave the scene, he said.

Experts warn that the bans could stoke aggressive behavior. It is considered likely that the neo-Nazis will restructure. Within hours of the raid, which began at 6 a.m. on Thursday, around 20 neo-Nazis gathered at a square in the Dortmund district of Dorstfeld to protest against the police actions. The spontaneous demonstration was organized by a member of Dortmund National Resistance, one of the groups that were banned on Thursday. The police broke up the event and seized flags and banners.

Other observers argue that the ban could prove to be effective. Back Up director Luzar, a political scientist who worked for a long time as a victim counselor in the eastern state of Brandenburg, points to the success of similar moves in eastern Germany. In both Brandenburg and Saxony, right-wing violence declined after extremist groups were banned, she says.

During the raids, police discovered evidence that could be significant in relation to the ongoing debate about whether to try to ban the far-right National Democratic Party (NPD). Authorities discovered around 1,000 NPD campaign posters on the premises of the Dortmund National Resistance. "This shows the close connections between this far-right party and the violent neo-Nazi scene in North Rhine-Westphalia," Jäger said.

In the past, the NPD has sought to distance itself -- at least publicly -- from violent neo-Nazis, but many observers believe the party actually has close ties to militant right-wing extremists, who often organize themselves into small groups known as Kameradschaften ("comradeships"). Concrete evidence of these ties, such as the NPD posters that were found, could strengthen the authorities' case for banning the party.

A previous bid to prohibit the NPD in 2003 was rejected by Germany's Federal Constitutional Court due to the presence of informants for the domestic intelligence agency in senior positions within the party. The court ruled that it could not ban the party due to the risk that its policies had in part been shaped by people working for the authorities.

'Large Holes in the Network'

As part of Thursday's operation, police also visited members of the groups in prison and a hospital in order to deliver documents informing them of the ban on the groups. Their cells and personal items were also searched.

The groups' assets were confiscated, and the display of the organizations' symbols has now been banned, said a spokesman for the Interior Ministry. "We have torn large holes in the network of the neo-Nazis," said Jäger. There were initially no arrests during the operation, however. 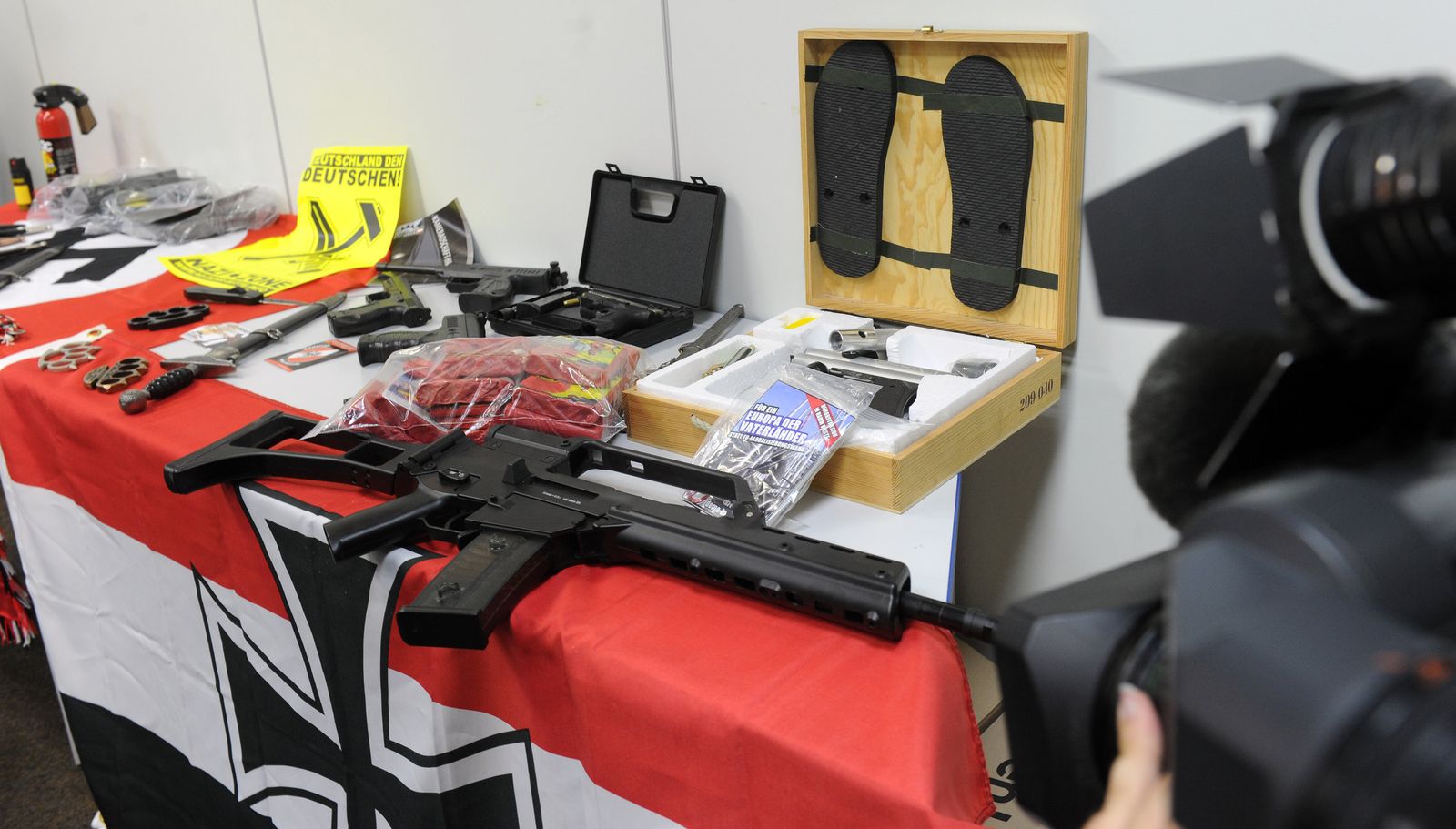 These objects were seized from a militant group in the city of Hamm.