US General David Petraeus, the top military commander of NATO forces in Afghanistan, has requested German assistance in the aerial surveillance of Afghanistan's airspace with AWACS reconnaissance aircraft.

He wants to up to 100 German military personnel to join a new NATO mission of AWACS planes next year. Up until now, US forces have provided AWACS reconnaissance to monitor Afghanistan's increasingly busy airspace. AWACS is an acronym for Airborne Early Warning and Control System.

The country still doesn't have a comprehensive radar system to regulate civilian air traffic. That is leading to delays and congestion, which is why the NATO planes are urgently needed.

The German government had tried to stop the US from making the request in recent weeks in order to avoid the embarrassment of refusing it. Berlin fears it will be difficult to muster the necessary German political support for the mission, which may require a new parliamentary mandate.

Germany has the third largest presence in Afghanistan after the United States and Britain. In February, the German parliament approved a new mandate that increased the troop ceiling by 850 to 5,350 soldiers. The mission is deeply unpopular in Germany, as it is in most of the other nations with troops in Afghanistan.

German officials had tried to deflect the request by arguing that all its military personnel in Afghanistan were needed to help train Afghan security forces. Germany's refusal could put the entire NATO AWACS mission at risk.

NATO's multinational AWACS force is based in Geilenkirchen, Germany, and German personnel make up about a third of staff. The US and Britain have already offered to contribute staff for the NATO mission. The planes are unarmed and each is capable of monitoring an area of more than 300,000 square kilometers -- about the size of Poland.

Germany's stance has been criticized at NATO headquarters. "It's ridiculous," said one source who declined to be named. "Officially, the Germans are demanding a greater division of labor on an international level and then they put the brakes on the first multinational project."

The German parliament had approved a German involvement in a multinational NATO AWACS mission in summer last year but the mandate was not extended after December 2009 because Turkmenistan and Azerbaijan refused to grant flyover rights for the aircraft. Those countries feared being spied on by the planes as they crossed their airspace.

For the upcoming ISAF mission, the AWACS aircraft are likely to be based in Konya, Turkey. Their flights to Afghanistan will be complicated -- they will have to fly for six-and-a-half hours over Iraq and then over Oman and Pakistan before reaching Afghan airspace. 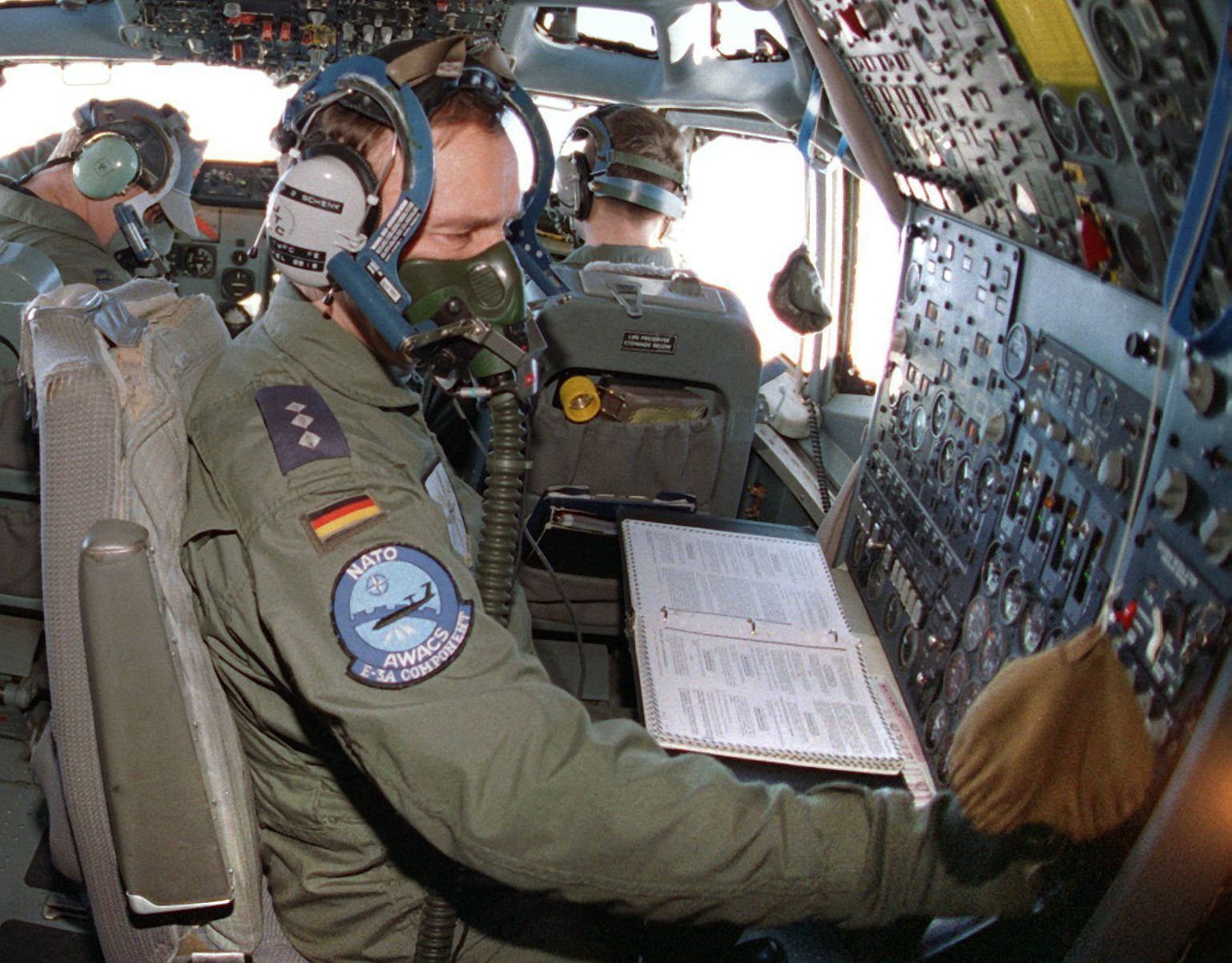 A German crew member in a NATO AWACS reconnaissance aircraft.