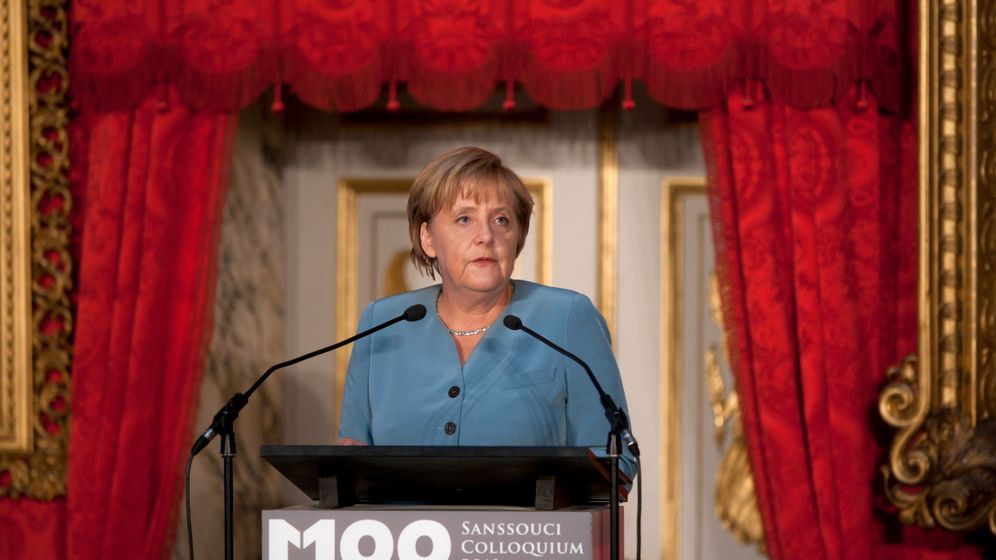 The planned burning of the Koran by fundamentalist Christians in a church in Florida has elicited worldwide condemnation, including harsh warnings from the United Nations, the European Union, US Secretary of State Hillary Clinton and the top commander of US forces in Afghanistan. Now German Chancellor Angela Merkel has joined those voices in criticizing the plans.

Speaking at an award ceremony for Danish cartoonist Kurt Westergaard in Potsdam, near Berlin, on Wednesday evening, Merkel said that the planned Koran-burning by pastor Terry Jones was "disrespectful, even repugnant, and simply wrong." The action violates respect for religions, she said.

At the award ceremony, Merkel paid tribute to the courage of Kurt Westergaard, whose caricature of the Prophet Muhammad sparked global protests by Muslims in 2005 and 2006. Westergaard was being awarded the M100 Media Prize for his refusal to be intimidated.

Westergaard drew one of the 12 cartoons of the Prophet Muhammad that were published in the Danish newspaper Jyllands-Posten on Sept. 30, 2005. The cartoons sparked an international controversy over freedom of expression and led to violent demonstrations by Muslims around the world, who felt offended by the pictures. Scores of people died in the riots that ensued. Westergaard was threatened with death by radical Islamists and has been under police protection for the last five years.

'The Secret of Freedom Is Courage'

"The consequences for the artist should act as a warning for us," said Merkel at the ceremony, which took place under tight security. She called for more tolerance. As an artist, Westergaard was entitled to produce such cartoons, she said, adding that European countries are one place where such caricatures are possible. "The secret of freedom is courage," said the chancellor.

Press freedom was one of the essential features of a liberal democracy, she said. "In these months, we Germans are remembering the overcoming of the East German Communist dictatorship and the reunification of our country 20 years ago. We still know what it means not to have freedom, so we should never forget how precious freedom is."

Joachim Gauck, a respected German pastor who was a human-rights activist in East Germany, also paid tribute to Westergaard in a speech. He thanked him for being brave enough not to be intimidated by the death threats. "Everyone should ask themselves whether we always show enough courage for freedom," said Gauck, who recently stood as a candidate for German president.

The award meant a lot to him, said Westergaard, speaking at the ceremony. "This is the greatest recognition I have received, and I think it is good for freedom of expression." The 75-year-old artist, who narrowly escaped death when his house was broken into by an ax-wielding Somali Muslim earlier this year, said he had "no problem with other religions." He only had a problem with Islamists, he said, stating he would always fight to ensure that people could practice their religion peacefully.

"The prize is intended to send a clear signal," said Potsdam Mayor Jann Jacobs, adding that the M100 committee considers Westergaard to be a "symbol of the freedom of the press and of expression." The association awards the M100 prize annually to European individuals whose work has had an influence on Europe and the world. The 2009 prize went to former German Foreign Minister Hans-Dietrich Genscher, while the previous year's prize was awarded to French-Colombian politician Ingrid Betancourt who was held hostage by FARC guerrillas for years.

Westergaard 'Trampled on all Muslims'

The Central Council of Muslims in Germany criticized the award ceremony. "Merkel is honoring the cartoonist who, in our view, trampled on our Prophet and trampled on all Muslims," the group's secretary-general, Aiman Mazyek, said on Wednesday, adding the caricatures unfairly labeled all Muslims as terrorists. He said the award was highly problematic, coming as it did at a time of such heated discussion. Germany is currently roiled in a debate about the integration of Muslim immigrants as a result of a controversial new book by Thilo Sarrazin, a member of the board at the Bundesbank, the country's central bank.

Germany's Green Party also reacted to Merkel's appearance with skepticism. "I wouldn't have done it," said Green Party floor leader Renate Künast. It was true that the right to freedom of expression also applies to cartoons, she said. "But if a chancellor also makes a speech on top of that, it serves to heat up the debate."

Merkel's appearance at the ceremony appears to enjoy broad support in Germany, however. The front page of the influential mass-circulation newspaper Bild on Thursday featured a picture of Merkel with Westergaard under the banner headline "Merkel's Most Courageous Public Appearance!"

"It's a symbolic gesture -- but what a gesture," the newspaper wrote in an editorial. "Merkel is not indifferent to what the reaction in the Muslim world (to the award ceremony) will be. But she doesn't let that dictate her behavior. That's something not many of her fellow European leaders do. Kudos to her!"