The celebrations are still fresh in the memory for the Greens, who achieved their best-ever result in a regional election in Baden-Württemberg on Sunday -- meaning they are now set to lead a state government coalition for the first time, demoting the Social Democrats (SPD) to junior partner status.

But does the Green revolution in the southwest of Germany also mean an end for the highly controversial "Stuttgart 21" train station project? During the campaign, the party promised that people in Baden-Württemberg would be allowed to vote on the issue. A negative referendum outcome would change everything in the state.

In fact, it would cause real problems for the Greens: Calling a halt to Stuttgart 21, an expensive scheme to replace tracks and platforms in Stuttgart's main rail station and redevelop the heart of the city, would prompt legal action for damages from Deutsche Bahn (DB). The German railway company has binding contracts for the project. The cost of getting out of them would have to be borne by the taxpayer. DB, meanwhile, has suspended all work on the project until the new government is in place.

Stuttgart 21 is only one of the large building projects that Winfried Kretschmann, set to become the state's new Minister President, must consider. The second is no less tricky -- Stefan Mappus, the outgoing Minister President, nationalized the energy giant EnBW during the election campaign.

But the company, which relies more than its German rivals on nuclear power, has seen its business model thrown into confusion by the disaster in Japan. The financing of the €5.9 billion ($8.3 billion) sale through the state is therefore also in question. The business should be self-financing, with the EnBW share dividend paying interest on the loan. "If the interest is lower than the dividends, we will land on our feet," Kretschmann said Monday. It was clear "that we must shoulder a difficult legacy there."

How Much to Cancel Stuttgart 21?

Plans to renovate the Stuttgart train station (and sink most of the facility underground) have caused strife for more than a decade. Last year serious building work finally started, but protests also grew increasingly raucous. A popular movement against the project, motivated in part by environmental concerns, now has momentum.

The newly elected Greens are suddenly a major stakeholder. But they also need to stand by their election promises. To let Stuttgart 21 carry on as before would not be an option -- the party's election high would come to a crashing halt.

The alternatives are hardly more appealing. The Greens would have to stop a major construction project which is already in full flow, with the accompanying costs estimated at up to €4.5 billion. Deutsche Bahn and the federal government, which together are carrying two thirds of the costs, will stand behind their binding contracts.

If Baden-Württemberg chooses to end the project, then, the state would face claims for damages between one and one and a half billion euros. That would be about the same as its participation in Stuttgart 21. In other words, the state government would have to pay about as much as it would anyway, but without getting a shiny new station at the end of it. Not an attractive proposition.

And what's more, a new train station -- which even the S21 opponents want -- would cost more money on top of that. According to the Stuttgarter Zeitung, the Greens hope to reach a compromise with DB. This would provide for a Stuttgart link to a high-speed line to Ulm, via a tunnel. DB boss Rüdiger Grube would get his ICE route, and the station would be preserved.

In the meantime, DB has already suspended work on S21 amid the confusion and upheaval. "Pending the establishment of the new state government, no more work will be carried out on the contentious rail project -- neither in a structural regard nor concerning the award of contracts," said DB board member Volker Kefer in Berlin on Tuesday.

The Social Democrats (SPD), however, remain committed to S21. The party's designated state economy minister Claus Schmiedel has nevertheless called for a referendum. "For a start, we will now do a stress test that will show whether the planned station is big enough. Then we will see whether it needs to be updated." After that, the people of Baden-Württemberg will be asked for their opinion. Schmiedel is optimistic that they will support the project.

But if not? Schmiedel is fatalistic. "If the people prefer to spend €1.5 billion on compensation rather than a new station, then they will not be easy to convince of this project."

Stefan Mappus had planned the purchase of EnBW, the power company, as an election campaign coup. But buying a majority stake in the firm turned into a disaster for the nuclear power-friendly Minister President, a member of Angela Merkel's Christian Democrats (CDU). The state has already shelled out some €4.7 billion on the firm, with a further €1.2 billion to be paid. EnBW generates 51 per cent of its energy in four nuclear power plants. But two reactors, Phillipsburg 1 and Neckarwestheim 1, were shut down recently after the Fukushima disaster in Japan. The chances of them coming back online after the federal government's moratorium are considered low.

The forced three-month hiatus alone will cost EnBW €500 million. If the company is updated to renewable energy, that will be even more expensive. The Greens and the SPD know this, and they also know Mappus' bill to fund the loan used for buying the company through share dividends, in the wake of Fukushima, no longer adds up.

The outgoing Baden-Württemberg government told the Greens recently that the dividend will fall by 30 percent, in which case it would still finance the interest on the billions in credit. Given the massive upheavals at EnBW, it may fall even further.

"State Funds to be Used in Short-Term"

"We can probably still pay the interest from the dividends this year," says Franz Untersteller, who is set to be the environment minister under the Greens. But in the coming years, especially 2013 and 2014, taxpayers will have to bear the costs. "I fear that we will already have to use state funds in the short term," says Claus Schmiedel, the SPD candidate for economics minister.

He proposes setting up a separate account with which the loss of the state-owned power subsidiary Neckarpri can be balanced out. They would then also pay into this account if the situation improves at EnBW. Politicians don't want to speculate over how much of a strain the EnBW investment will place on the budget, but it seems likely that losses will run to the hundreds of millions.

The SPD and the Greens, meanwhile, have long since dismissed a sale, which Mappus was aiming for. It's estimated that the company could lose 30 percent of its value in the event of a complete phase out of nuclear energy in Germany. The coalition partners believe that putting the shares up for sale on the stock market would be dangerous, and the chance of finding local partners has been exlcuded because of the firm's difficult situation. "The public company will put all its focus on renewable energy," says a quote from the forthcoming coalition camp. "There is still no interest in buying a nuclear firm." 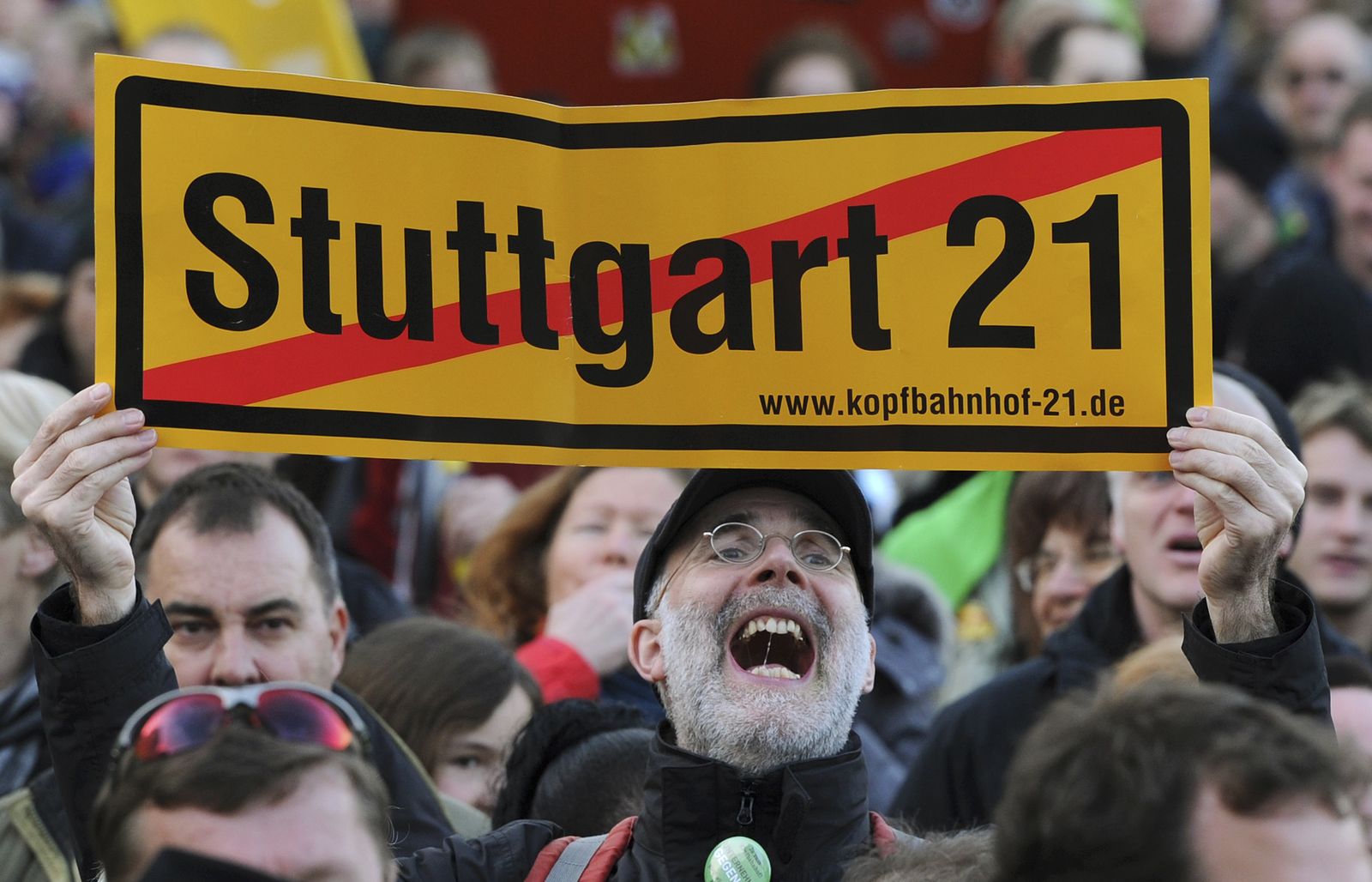