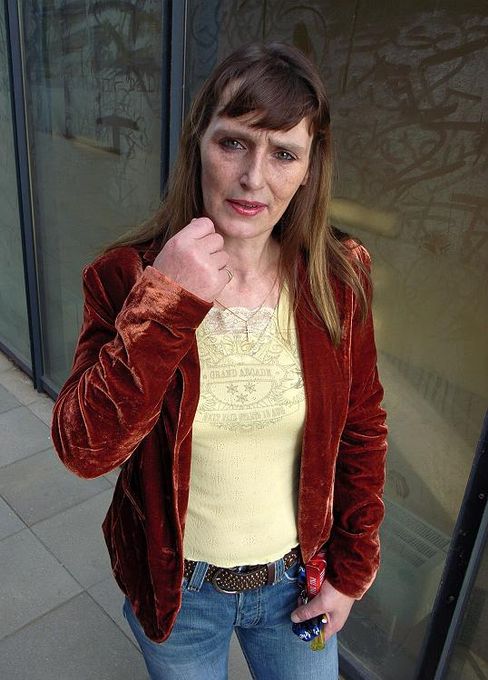 German social services have taken the 12-year-old son of Christiane F. into care amid media reports that she is back on hard drugs. Now 46, she came to prominence in the late 1970s when two journalists wrote an international best-selling book about her life in the West Berlin drugs and prostitution scene.

"She can no longer cope with bringing up her child and with her duty to look after him," a spokeswoman for the social services department in Potsdam-Mittelmark near Berlin said.

Her boyfriend Joachim S., 37, told Bild newspaper that she was regularly snorting heroin and drinking alcohol.

Horst Rieck, one of the two authors who wrote the book "We Children from Bahnhof Zoo" about Christiane's slide into addiction and prostitution in and around the West Berlin train station called Bahnhof Zoo, told SPIEGEL ONLINE she had seemed "very tense" when he last saw her 14 days ago.

The book was translated into 15 languages and was made into a film in 1981. It tells how Christiane became dependent on heroin aged 14 and prostituted herself to pay for drugs.

The success of the book gave her financial independence but she had trouble settling down and getting away from the drug scene. She lived in New York, Zurich and Greece before returning to Berlin in the 1990s where she gave birth to her son.

Christiane moved from Berlin to Amsterdam earlier this year, taking her son with her. Reports said she started taking drugs heavily in Amsterdam and that her son was taken away from her during a visit to Berlin.

Rieck told SPIEGEL ONLINE: "She has a chance. I think it's a question of willpower and decisiveness. It takes a lot of discipline. It's well known that for many drug addicts, a child gives their life some structure. The question is what happens when the child is no longer there.

"As far as I was able to follow things in recent years she was very reliable, caring and loving with her son. When you see the son and don't know anything, you think he's a totally normal boy."