It's been called the "Jesus Tablet," the "iGod," and more than two million of them have been sold already, but don't try to bring your iPad along with you to Germany's federal parliament, the Bundestag.

Jimmy Schulz, a member of parliament with the business-friendly Free Democrats (FDP), drew criticism this week after using his new iPad during a speech before the Bundestag. "One of the presidents of the Bundestag told me that the iPad usage had violated policies," Schulz told the Berliner Kurier newspaper.

Schulz had been the first member of parliament to eschew pen and paper and instead use an iPad as the cue card for his talking points. The issue is to be taken up by the Bundestag's Committee on the Rules of Procedure, a parliament spokesperson told the newspaper.

Germany's Bundestag has a blanket ban on the use of computers by anyone but journalists inside the parliamentary plenary hall, where traditional, memorized rhetoric is the preferred method of speech-giving.

'The Age of the Telefax Has Passed'

But 41-year-old Schulz would like to see the Bundestag get wired. "The age of the telefax and telex has passed," he told the newspaper, taking a swipe at parliament's Luddite rules. "The Bundestag also needs to open itself up to new media." The FDP's parliamentary group is pushing for permission to use digital files in Germany's legislative body.

"It is not acceptable that we have to continue schlepping mountains of files around with us," Schulz said.

The newspaper notes that laptops have been successfully adopted in parliaments elsewhere in Europe -- in Estonia, for example, where members of parliament cast votes using their laptops -- and also closer to home in Bavaria, where two-thirds of the members of the state parliament have laptops on the floor. 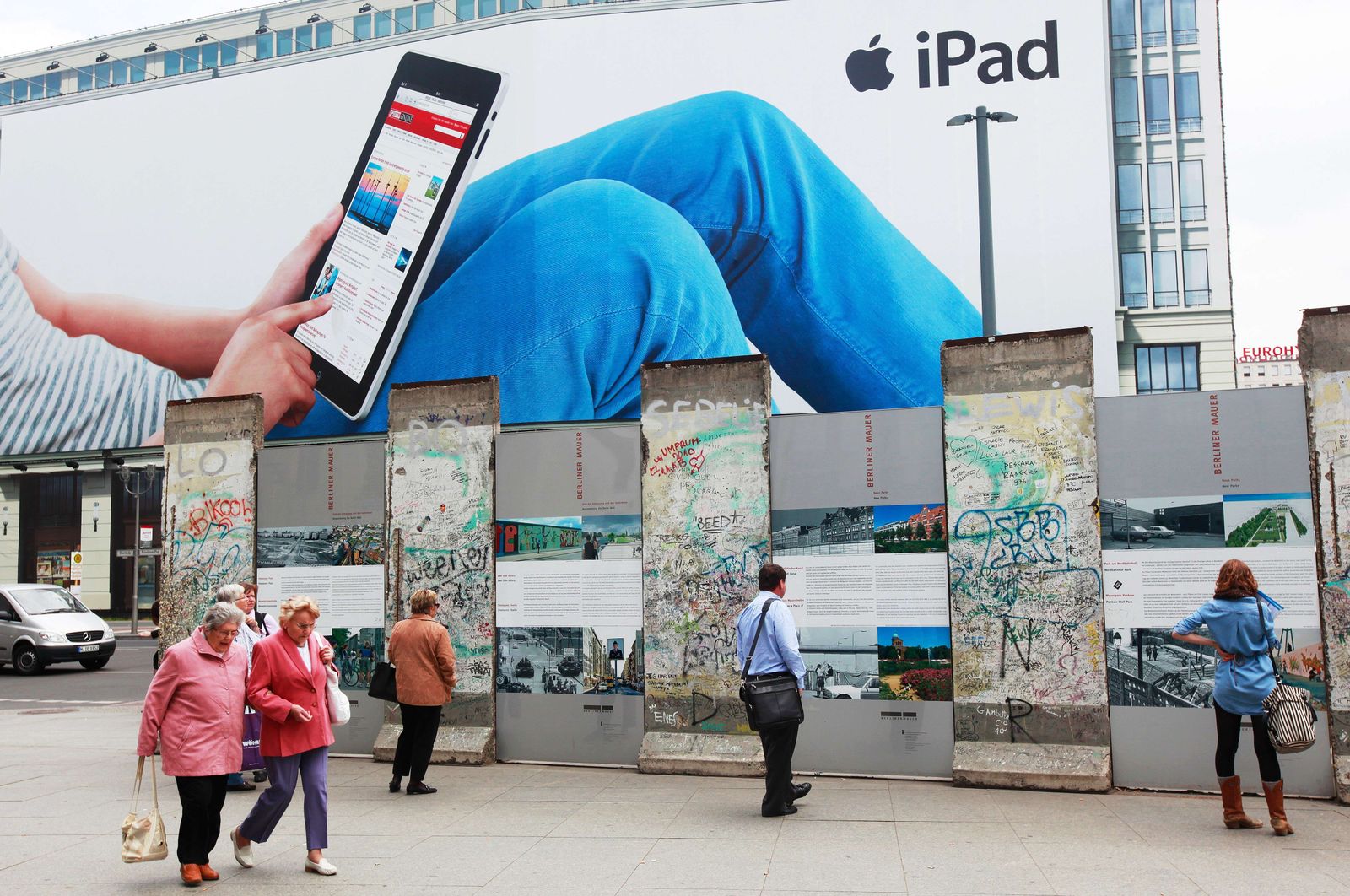 People walk past and look at a section of the fallen Berlin Wall in front of a giant billboard featuring Apple's new iPad.