The southern German state of Bavaria, which holds the copyright to Adolf Hitler's polemic "Mein Kampf," hasn't allowed the book to be published in Germany since the end of World War II. But the copyright expires in 2015, and there are concerns that neo-Nazis might immediately begin disseminating the work once Bavaria can no longer prevent its publication.

But now Bavaria has announced it will take its own steps to limit the damage the book might cause. Bavarian science minister Wolfgang Heubisch announced on Monday that the state would publish an annotated version of the book. By including commentaries on the text debunking Hitler's arguments, the state government hopes that readers will not be seduced by the Nazi leader's propaganda.

The state is also planning a version for schools, with notes that are easy for young people to understand. "The expiration of the copyright in three years' time could lead to more young people reading 'Mein Kampf'," Bavarian Finance Minister Markus Söder said on Tuesday, announcing the decision to publish a school version. Hitler's book still had something "mystical" attached to it, he said, explaining its attraction to young people. The notes on the text would outline "the global catastrophe that this dangerous way of thinking led to," Söder said.

Bavaria is also planning to publish an English version of "Mein Kampf," as well as an e-book and an audio book.

Opting for the Academic Version

Karl Freller, director of a Bavarian foundation that administers the memorials at the former Nazi concentration camps Dachau and Flossenbürg, said the state would talk to publishing houses and bookstores about the project. "We are relying on them to voluntarily refrain from selling or printing 'Mein Kampf' and choosing to offer the new academic edition instead," Freller said.

In 1945, the copyright fell into the hands of the Bavaria government when the state took over the rights of the main Nazi party publishing house Eher-Verlag as part of the Allies' de-Nazification program. Out of fears that the book could promote neo-Nazis, the Bavarian Finance Ministry, which controls the copyright, has not allowed "Mein Kampf" to be published in Germany since then, although the book is not officially banned. Several foreign language editions have appeared in the meantime. 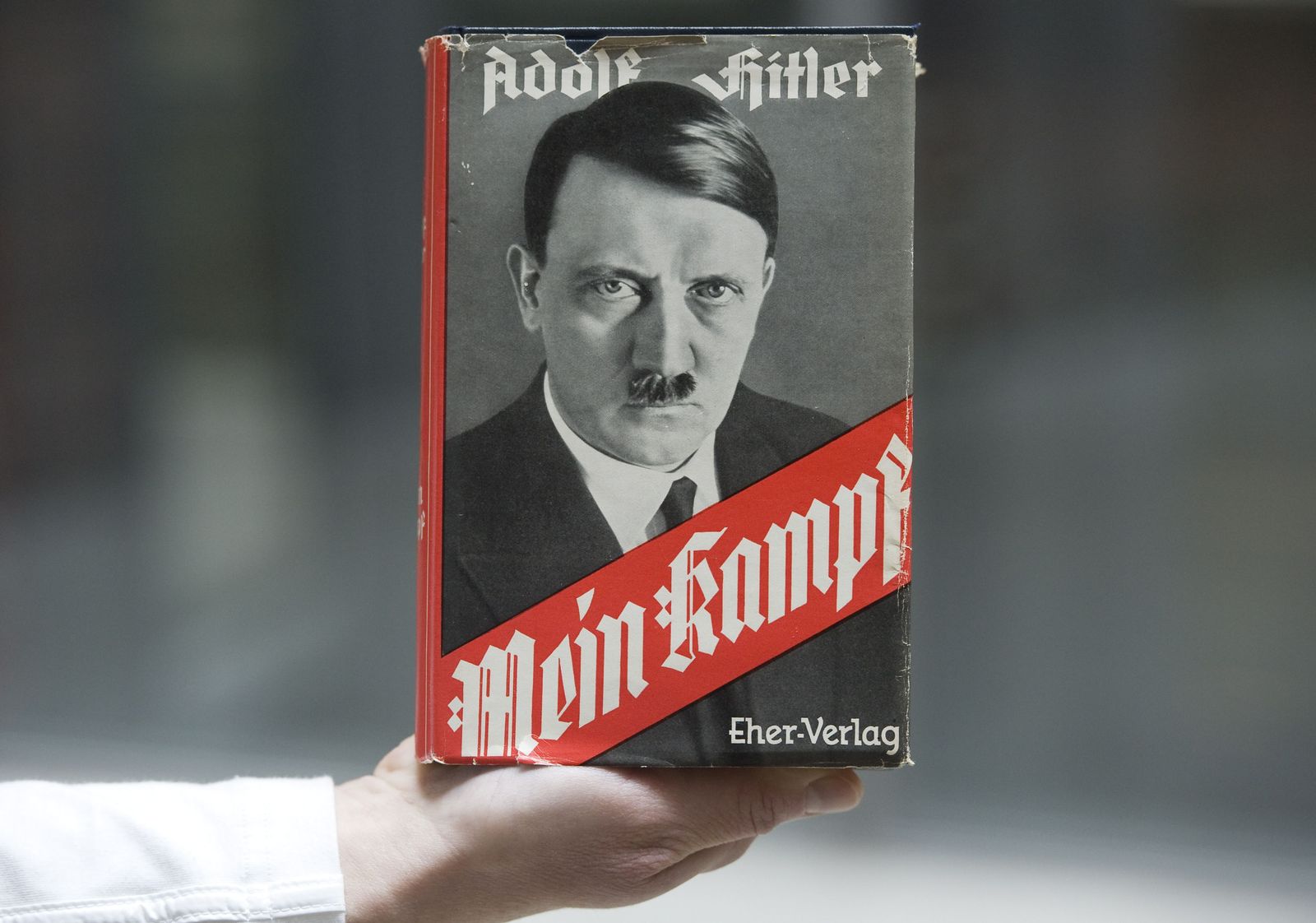 Coming to a bookstore near you soon.